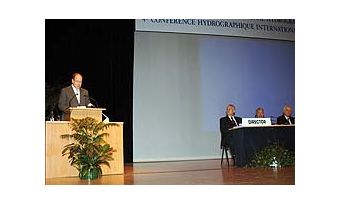 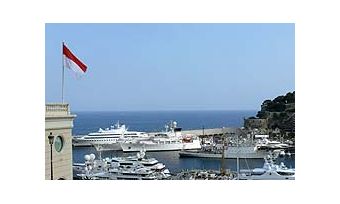 The Conference was organised well by the Directing Committee of the International Hydrographic Bureau (IHB) and its staff. Opening addresses were given by admiral Maratos, who thanked Albert II, Prince of Monaco for his presence and for the continuous support from Monaco’s government, and captain Essoussi who mentioned the new challenges the IHO is facing.

A keynote address was given by rear admiral Efthimios Mitropoulos, secretary general of the International Maritime Organization (IMO). He pointed out the many areas of co-operation between the IHO and IMO, all aimed at safety of navigation and protection of the marine environment, the most important of which is the obligation of each contracting governments of the SOLAS convention to make available hydrographic data and nautical charts, in accordance with the appropriate IHO resolutions and recommendations. The most recent move in the field of nautical cartography has been the approval by the IMO Maritime Safety Committee of the ECDIS carriage requirement by the year 2012 for SOLAS vessels.

The formal opening was made by HSH Albert II who expressed his sadness for the tragic loss of the Air France aircraft the day before in the Brazilian Atlantic waters. Welcoming the delegates, he mentioned Monaco’s legacy of commitment for supporting the IHO from his father (Rainer III) and great-great-grand father, Albert I. His speech focused on the defence of the marine environment, to which he is personally committed and sees IHO contribution as essential.
The Prince’s speech was followed by the presentation of the flags of the two new Member States, Ireland and Qatar. The Prince then visited the Hydrographic Industry exhibition, with about 20 hydrographic survey and marine services providers, including some government Hydrographic Offices. The Conference proceeded smoothly thanks to the careful preparation of the documents (website 1).


The Strategic Planning Working Group report was approved and this interesting quote from it deals with co-operation with the industry:
“With the generalisation of information technology and acceleration of technological progress, industry is more and more an indispensable partner of HOs for the provision of hydrographic services. It has become obvious that regular and substantive interface and co-operation is necessary to design innovative and comprehensive solutions that meet customer demand or needs. This necessary co-operation must accommodate the principles of free competition in industry and the responsibility of contracting governments to provide official hydrographic services.”

One can guess that by applying this concept certain barriers contained in the current regulations and usual practice of Hydrographic Offices in their relations with the cartographic industry can be revised and made smoother.
The report also contained a new definition of hydrography which was approved:
“Hydrography is the branch of applied sciences that deals with the measurement and description of the physical features of oceans, seas, coastal areas, lakes and rivers, as well as with the prediction of their change over time, for the primary purpose of safety of navigation and in support of all other marine activities, including economic development, security and defence, scientific research and environmental protection.”

Thus, hydrographic interest is extended to internal waters. Noteworthy also is the approval of a detailed report of the Hydrography and Cartography of Inland Waters Working Group.

Examination of the present availability of electronic navigational charts (ENCs) showed that production is steadily progressing and it is hoped that the objective of global coverage is attained by 2012, at least for the major trading routes and main ports. The problems connected with ENC validation and distribution by existing Regional ENC Coordinating Centres (RENCs; PRIMAR Norway, IC-ENC UK HO, AVCS) generated ample debate and showed reluctance by certain Member States to join the RENCs, fearing that RENCs may distribute unauthorised ENCs.

Finally, we noted the increasing coherence of the modus operandi of the IHO Regional Hydrographic Commissions especially for spatial data infrastructure.
In conclusion, the 4th EIHC showed the very high technical level reached by the IHO, and its effective co-operation with the IMO and other international organisations. This is due to the commitment of the IHB Directing Committee and staff, and the concrete contribution of IHO Member States to the efforts of IHO Working Groups; and, last but not least, the contribution of the hydrographic industry and academia whose aid effectively flanks the HOs’ efforts.

Another interesting presentation was about the development of the IHO transfer standards for marine data and information: S-100. This is aimed at providing a contemporary hydrographic geospatial data standard that supports a wide variety of hydrographic-related digital data sources and is fully aligned with mainstream international geospatial standards, in particular the ISO 19100 series of geographical standards.

S-100 is arguably the most important new technical development of the IHO. Industry stakeholders have been involved in its development so far and are being encouraged to continue their involvement. The standard will not replace the S-57 for many years, but it is more flexible and permits development of non-charting products, such as Sailing Directions, according to Standardisation of Nautical Publications guidelines.


Another notable presentation submitted by the PRIMAR Advisory Committee aimed at demonstrating that ENCs can and should be used on board leisure and small fishing boats. Italy pointed out that this issue was examined by the Minister of Transport, whose decree in 1999 was implemented by a regulation in 2002 on the equivalence to paper charts of approved ECS to be used on board that class of vessel.