During the first IHO Assembly taking place from 24 to 28 April 2017 in Monaco, the represented Member States will elect the new Secretary-General and Directors. The nominees present themselves by answering the same 5 questions. This multi-interview is available at www.hydro-international.com/iho-2017. Captain Abraham Kampfer (South Africa), nominated for Secretary General and Director, answers 5 questions.

The benefits of being a member should continuously be communicated during high level visits and technical advisory visits and that SOLAS obligations are best met through membership and active participation in the workings of the IHO. It is possible that the economic circumstances of a prospective Member State could be the major factor in the reluctance to commit to full membership and it should therefore be clearly communicated that the benefits gained through the capacity building programme will outweigh the membership contribution.  Consideration should also be given to provide some assistance with the application process.

To maximise success rates, capacity building should be considered holistically with awareness and support being engendered at all levels of government in the state being supported. Awareness at high levels of government should generate support for the in-country officials with regards to a supported mandate for the establishment of a hydrographic capability. Strict adherence to the IHO Capacity Building Strategy to develop hydrographic capability in accordance with the three phases of Hydrographic Development is required. The provision of support and training should consider the current levels of development and be escalated only to the next phase once the required capacity and competence are established and maintained.  Better long-term progress could also be achieved if IHO Member States consider including in-country support to fledgling Hydrographic Offices through attachment of survey and cartographic experts as a capacity building strategy.  Such support does occur currently as bi-lateral activities.

The initiative to establish MOUs with Organisations, Associations and Institutions is welcomed and this practice should continue as this is an excellent method of creating awareness of the objectives of the IHO and obtain support in meeting those.  It will also ensure that there is no duplication in efforts with similar capacity building initiatives. The IHO should however examine and re-prioritise from time to time to ensure that the efforts to be an active participant can be met within the limited resources available.

There is already a very active participation by private industry in the various working groups of the IHO and it should be encouraged to continue.  It is to the benefit of all parties that standards are not developed in isolation and inputs from industry is critical to ensure a successful outcome and create better products and services for all, particularly the end users.  The participation by industry in Regional Hydrographic Commission meetings as observers will benefit delegates as they can be exposed to new developments and technologies.  In commissions with many associate members this is of particular benefit as very few have the resources to attend shows and exhibitions.  Noting the limited resources available in many regions to conduct hydrographic surveys and to produce the necessary products, available private industry data will greatly assist in improving safety of navigation in these regions if such data could be made available, especially in shallow navigable waters.

The concept of the services provided by Hydrographic Offices being restricted to charting and some allied publications must surely be something out of the past. Hydrography is far more than making and distributing colourfully prepared charts, it is the core essential in the provision of Maritime Safety Information.  Hydrographic Offices are involved in measuring most of the parameters of the oceans and seas, advising and servicing those that utilise these areas in so many other fields related to maritime transport, exploitation of maritime resources and environment protection.  Marine Spatial Planning is becoming critical to improve management and governance of ocean space and marine resources to ensure sustainable development and hydrographic data is an important component.  The lack of hydrographic data in various parts of the world and particularly in developing countries will thus become more evident and may encourage coastal states to invest more in improving their hydrographic services.

Captain Abraham Kampfer joined the SA Navy in 1979 and qualified as a warfare officer with particular specialist skills relating to mine warfare, before completing a CAT A Advanced survey course at RNHMS Drake and a post graduate qualification from Plymouth University. He had command of several ships including the SA Navy survey ship SAS PROTEA as his last command. He was appointed Hydrographer of the South African Navy in 2004 and represents South Africa at various committees of the International Hydrographic Organization. He is the current chairman of the IHO Regional Hydrographic Commission, Southern Africa and Islands Hydrographic Commission.  He has been an active participant in IHO Capacity Building initiatives by conducting several IHO Technical visits to countries within Southern Africa. 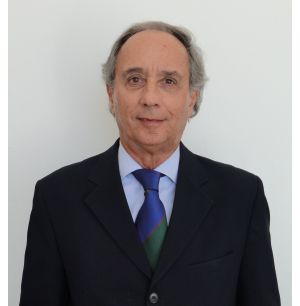 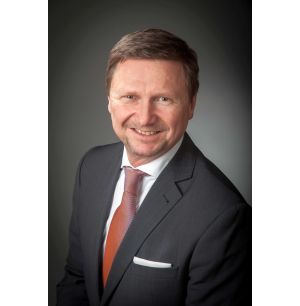 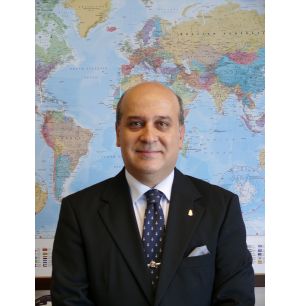 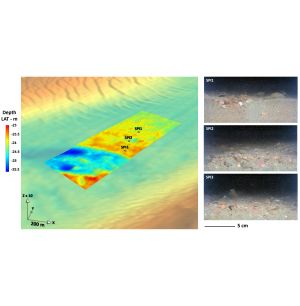 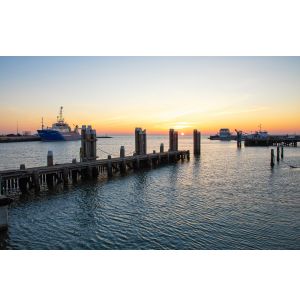 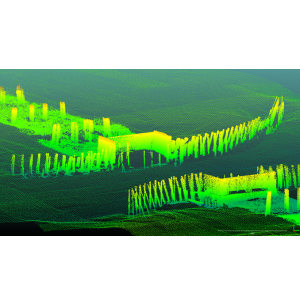