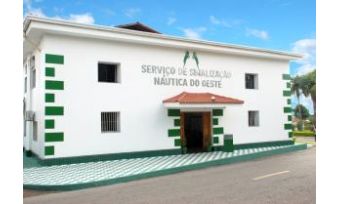 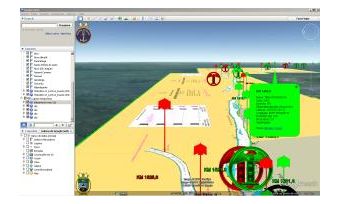 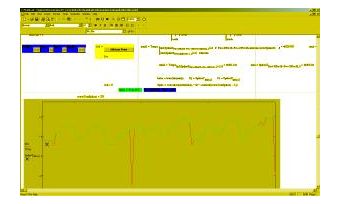 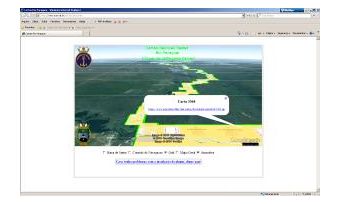 A major part of Paraguay River’s sounding and signalling is maintained by the Brazilian Navy. Trying to stay abreast of the state of the art on inland hydrography and cartography, the Western Nautical Signalling Service briefly presents its past, current status, innovations and its vision on the future.

On 18 March 1955, the Mato Grosso Nautical Signalling Service (Serviço de Sinalização Náutica do Mato Grosso – SSN-MT), of the Brazilian Navy, was founded to provide Inland Safety of Navigation by establishing Paraguay River’s signalisation. Its first director was LCDR Fernando Pereira das Neves. In 1967, SSN-MT was renamed Western Nautical Signalling Service (Serviço de Sinalização Náutica do Oeste – SSN-6). Since then, it has being maintaining and updating signalisation, by performing hydrographic surveys and installing beacons, buoys and lights from Caceres (MT, Brazil) to Porto Murtinho (MS, Brazil). From 2010 to 2012, there was a 107% growth in the quantity of signals – there are now 594 signals along the river which are visited and maintained within the period of one year. Up to Asuncion (Paraguay), only hydrographic surveys are performed. The amount of river to be sounded is about 2,100km. With regard to the charting itself, there are 143 paper charts produced by the Navy Hydrographic Center (Centro de Hidrografia da Marinha – CHM) and its respective raster versions, on Maptech BSB version 3, using data collected and processed by SSN-6. Inland Electronic Navigational Charts (IENCs) are developed at CHM.

Paraguay River represents a compelling challenge in terms of hydrography. Due to rigorous environmental conditions (drought drops water levels, irregular rain regimes, swarms of bees and wasps, etc) the execution of hydrographic surveys and maintenance of signalisation is conditioned to determined periods, when it is possible to access the areas of interest. To accomplish its mission, SSN-6 has two signalling vessels (Lufada and Piracema) built in 1986, and one small motorboat (bought in 2011) equipped with a Kongsberg EA-400 single-beam echo sounder. The bigger vessels provide the logistics to hydrography teams, carrying water and food and being the place to pre-process their surveys. Both Lufada and Piracema are also employed to perform signalling tasks. Efforts are currently underway to acquire a multi-beam echo sounder, which will intensively increase SSN-6 hydrographic capabilities.

In order to provide better products to mariners, SSN-6’s cartographer developed new interfaces for the general public by using some IT tools. The first one was to release river heights as a feed through SSN-6’s website (1). The user may access data by pointing his/her mobile device to the XML file, which is updated daily by 08:00 local time. Another development was the creation of a digital catalogue of raster charts (2). From BSB data stored on the Brazilian Navy internet server, all files were downloaded and converted to a KML file by using FME Desktop 2011 SP4. In order to make access by internet users easier, the chart images were automatically resampled so that their titles were still visible. In addition, if the user clicks on a chart, a balloon depicting the chart number and its download link (free of charge) appears. To make this catalogue available through an internet browser, it used Google Earth API, merging its codes to SSN-6´s HTML files. In the future, another FME workspace (almost finished) will be employed to insert text data about the signals into KML structure, to complement the interface, so it could be displayed as a new layer on SSN-6’s digital catalogue, as shown in Figure 3. Again, the user may have access to the signal´s attributes by clicking on them.

The advantage of using a KML structure to keep the signals information is that integration with the S-57 standard will be easier in the future.

The amount of work to do implies creating automatic procedures to improve the capacity of repetitive tasks. Regarding the surveys, the gap is on the spikes removal tasks. In order to accelerate this, a new tool being developed - an assisted sounding data processing automation (for single-beam data), using an algorithm implemented with PTC Mathcad 15 that statistically removes possible spikes - will start to be used on the next surveys, so it will be possible to verify its accuracy. All processed data will then be verified and removed soundings could be reinserted in accordance with the hydrographer’s decision. Another effort is to establish a connection with CARIS Hydrographic Production Database (HPD), at CHM, via CITRIX communication. This will enable SSN-6 to, eventually, directly feed the database with its surveys data, allowing CHM to release updates apace. Furthermore, with regard to data, the acquisition of a multi-beam echo sounder will provide greater confidence on nautical charts, specifically when IENC is released. To achieve all these goals, there is only one way to SSN-6: continue training its technical staff.

By looking back at what has already been done and visualising the future challenges, the Brazilian hydrographer’s motto “Restará sempre muito o que fazer” (There will always be plenty to do) reflects the nature of the tasks performed by this Service precisely.