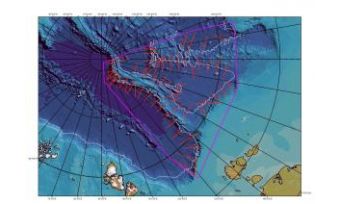 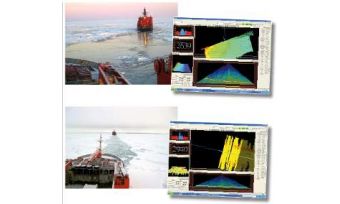 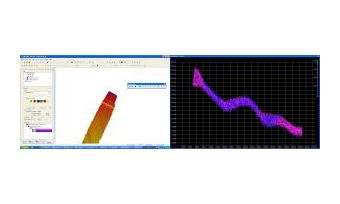 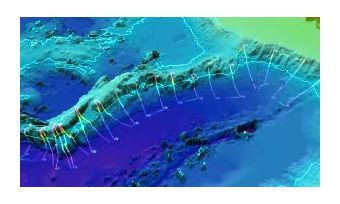 In 2002, the UN Commission on the Limits of the Continental Shelf prepared its decision concerning the submitted Claim of the Russian Federation. The commission recommended further research on the submitted claim. From 2002, work was conducted with the aim to prepare a revised Submission to the UN Commission and it was decided to submit a revised claim by 2013 on the outer limit of the continental shelf in the Arctic. When preparing the claim, it became evident that additional complex hydrographic and geophysical surveys were required in the Arctic.

This resulted in a significant hydrographic survey carried out in 2010 in the Artic by the Russian Federation. A survey was carried out for a period of 77 days covering the astonishing distance of 14436 miles in ice conditions.

The survey was scheduled to be performed during one survey season, namely, from July until October 2010. Due to the ice and weather conditions at this high latitude in combination with the size of the project this became an extremely complicated and challenging task. The research vessel Akademik Fedorov from the State Enterprise ’AARI’, was mobilised in order to have the right platform for the survey, together with the nuclear powered icebreaker Yamal from the Federal State Unitary Enterprise ‘Atomflot’ in order to be able to operate under these heavy ice conditions. In addition, two helicopters were present, Mi-2 and Mi-8T from JSC Konvers-Avia for further assistance.

The survey area as well as the coordinates of the bathymetric sailing directions which had to be covered by the fleet were defined by the Scientific-technical project team in accordance with the requirements of the UN Commission on the Limits of the Continental Shelf.

The bathymetric survey was carried out in the framework of the Russian State contract, OJSC ‘GNINGI’ with the Federal Agency on the Use of the Earth’s Interior ("ROSNEDRA") on a commercial tender base.

During the survey period a bathymetric survey was carried out. Over 9000 kilometres of survey lines were covered, the total journey encompassed 12,000 kilometres.

During the whole survey project period the ice conditions were favourable. The work was mainly conducted in one-year thick ice (1.5 - 2.0m) with a concentration of 90 – 100 %. However, in the southern part of the eastern sector there were inclusions of old ice fields up to 4m thick. The air temperature during the period did not fall below -18°C.

From 30 May until 7 July, 2010 the multi-beam echo sounder Kongsberg EM 122 was installed on board the Akademik Fedorov at the Turku Repair Yard Ltd.

After installation, a harbour acceptance test of the complete survey outfit was carried out followed by the final sea acceptance in a test area in the Norwegian Sea under supervision of Kongsberg representatives. The Kongsberg representatives compiled a service report that included the description of the test, the results of the calibrations and qualification survey. The survey system on board of the Akademik Fedorov was accepted for operation after the analyses of sea trial results.

The icebreaker Yamal was also mobilised with the Qinsy software suite so that the icebreaker could navigate along the pre-planned routes ahead of the Akademik Fedorov. By means of telemetry, the navigation information about position, speed, distance and direction were exchanged between the two vessels and displayed online.

The substantial changes in course direction, ship’s engine, machinery as well as the ice influenced the data reception by the multi-beam echo sounder. These interfering noises negatively influenced the quality of the acquired data and in some cases it even resulted in data loss.

Before the start of the project, calibration tests were performed. In the course of the survey, the quality of the bathymetric data was regularly validated. Data from multi-beam cross lines was compared to cross lines of the single-beam echo sounder data.

The results of the different SVP sensor models as mentioned above, Midas Valeport and XCTDs, were compared with each other in order to ensure data integrity and quality.

At the end of the project, calibration tests were carried out again. No changes in the calibration parameters were detected during the survey.

A designated quality control group on board carried out the data analysis and performed data processing. The team made use of the latest versions of CARIS HIPS Professional and Fledermaus Professional and Geocap. The team corrected the multi-beam data disturbances caused by the ice. While processing, the team also ensured that the acquired data met the data quality standards and specifications of the UN Commission on the Outer Limits of the Continental Shelf. The defined standards were based on IHO S-44, Order 2. As a result, the quality of the multi-beam survey data was assured along all 59 survey lines.

Geocap and CARIS LOTS were used for accurate determination of the foot of the slope (FOS) and calculation of the continental shelf boundary limits. These calculations were based on the Scientific and Technical Guidelines of the UN Commission on the Limits of the Continental Shelf (website 1).

During multi-beam processing, the main task was to provide the operational quality control of the initial data and data cleaning of erroneous measurements and disturbances, evaluation of the processing results and resolving of the remaining ambiguities.

For additional control, the digital terrain models (DTM) based on the CUBE algorithm were created and analysed using processed data.

Results of the Expedition

According to quality assessment, the acquired data complied well with the required IHO S-44 Order 2, thus falling within the specified requirements of the UN Commission. The first stage of the survey in the framework of the State task for determination and substantiation of the outer limits of the Russian Federation’s continental shelf in the Arctic Ocean was completed within the set time limits.

The next stage of the project is to carry out 2-D seismic work and some additional bathymetric work. This work was carried out during the survey season 2011 and will be the subject of a separate article.