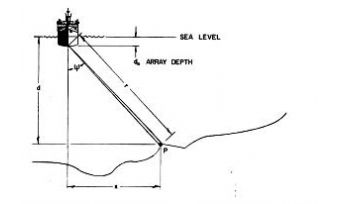 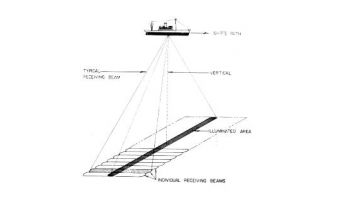 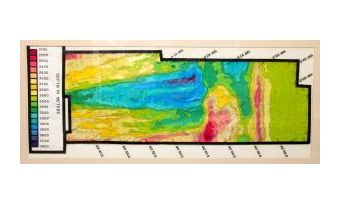 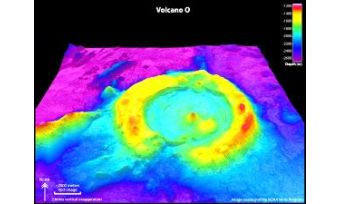 On 1 May 1960, a United States U-2 spy plane flown by Francis Gary Powers was shot down over the USSR by a Russian Dvina surface to air ­missile. This event, although it would seem not to be related, led directly to the development of multi-beam sonar according to the autobiographical memoir, Lazarus: From Seven to ­Seventy by Eugene Weisberger, then general manager at General Instrument.

The U-2 had flown spy missions over the USSR since 1956, but because of its extreme flight altitude of 70,000 feet, it was able to enter hostile airspace with impunity as Russian surface to air missiles were not able to reach that altitude. That all changed on 1 May 1960, with the improvement of technology and the downing of the U-2 spy plane flown by Powers. The U-2 had been doing photo reconnaissance for the past four years but a new mission was in the planning stage at the time of the downing. That mission was radar mapping of the USSR by a system being developed by engineers of General Instrument Corporation. The system, as envisioned by engineers Howard Lustig and Arthur Rossoff, would use a technique known as the Mills Cross technique. This method was named for Bernard Mills, an Australian radio astronomer who devised an array of radio telescopes that through a beam-forming technique was able to resolve the sky into individual 49-arc-minute sectors.

The concept of beam-forming was adopted by General Instrument (GI) in the design of a mapping radar that was to be installed on the U-2. With the shooting down of the aircraft, the concept almost died except that those involved in the project contacted engineers Harold Farr, Paul Froelich, and Don White of Harris ASW, GI’s newly-formed sonar group, to inquire if they had any use for the concept. Don White was the general manager of Harris ASW at the time. Within a year, these engineers had put forward a concept to the Navy which they gave the acronym BOMAS which stood for Bottom Mapping Sonar.

The definition of BOMAS in the proposal was that it was ‘a ship or submarine-borne sonar system, designed to map the bottom by generating a strip map containing selected depth contours.’ The original designers also recognised that ‘for special applications, a strip map that displays bottom return intensity can be included in the BOMAS system.’ Furthermore, ‘BOMAS derives bottom profile information from the intersection of the ocean bottom with a vertical plane perpendicular to the heading of the ship.’ As conceived, the sonar data from each ping would be processed automatically, but because high-capacity digital data storage was not yet available, the data would be transformed into a depth contour strip map in real-time that was recorded on a continuous film record. In addition, theoretically the strip map was geo-referenced and ‘undistorted in the presence of variations in ship’s speed, attitude, course, heading and, for submarine application, depth.’ Standard sound velocity corrections and refraction effects could also be applied.

The United States Navy bureaucracy responded with lightning speed (relative to most major procurement actions) to this unsolicited proposal. In 1963, the first test system, now dubbed SASS, for Sonar Array Sounding System, was installed on the USS Compass Island, a Navy test ship for various electronic systems. The 12kHz sounding swath was ultimately composed of 61 1 degree beams stabilised for roll and pitch that generated a fan width of approximately 1.15 times water depth. Within another two years, SASS was fully operational and installed on three US Navy vessels that became the backbone of the Naval Oceanographic Office Ocean Survey Program. These were the USNS Bowditch, USNS Dutton, and USNS Michelson. However, the data was classified and few outside the naval community were aware of either its existence or the power of multi-beam systems to define seafloor features.

In parallel with SASS development, a Narrow Beam Echo Sounder (NBES) was produced by Harris ASW and installed on the Coast and Geodetic Survey Ships Surveyor, Discoverer and Researcher. The NBES was composed of the same technology that ultimately became Sea Beam and formed 16 beams of 2 2/3 degree width. However, only the vertical centre beam was recorded and used during surveying operations.

Following the success of SASS, General Instrument’s Harris ASW Division developed a mid-water multi-beam sounding system for civil use. The first of these, called BO’SUN, was described by Don White at the 3rd Offshore Technology Conference in 1971. BO’SUN could be configured for either eleven or twenty-one 5 degree beams. This system was designed for use between 150-600 metres depth. Perhaps because it was limited to use on the continental shelf and continental slope, the BO’SUN system did not attract the attention from civil interests that its later deep water successor did. As installed and configured on the NOAA Ship Davidson in 1978, it became known as, “BS cubed”, the Bathymetric Swath Survey System.

The data from the naval survey ships was classified (and much of it still is) but the Navy released SASS data for the 1974 Project FAMOUS (French-American Mid-Ocean Undersea Study). Following the release of this data, a demand arose in the civil community for access to multi-beam technology. This was further fueled by General Instrument discussions with the navy concerning allowing full use of the NBES system with its sixteen 2 and 2/3 degree beams versus the classified higher-resolution SASS system. Ultimately, access to the lower-resolution system was allowed to proceed. In order to differentiate between this system and the higher-resolution Navy system, Eugene Weisberger needed a new name. He enlisted the aid of his children in this endeavor and, as related in his autobiography, his then ­nine-year-old son suggested the name Sea Beam.

The first operational Sea Beam was installed on the French vessel Jean Charcot, which began operations in 1977. This was followed two years later by upgrading the NBES on the United States NOAA ship Surveyor to a multi-beam Sea Beam. The Jean Charcot’s first operations, under the direction of Vincent Renard and Jean-Paul Allenou, of the Centre Oceanologique de Bretagne at Brest, were in the Bay of Biscay while the Surveyor’s first complete survey was conducted in the Pacific Ocean off the coast of Oregon on the Gorda Ridge under the direction of Alexander Malahoff, chief scientist of NOAA’s National Ocean Survey as it was known at the time. These installations were followed by the Australian vessel HMAS Cook in 1981 (the Cook is often credited as having the first installed Sea Beam but the ship was plagued with mechanical problems and was not commissioned until early 1981) and then the first academic ship, the Scripps Institution of Oceanography vessel Thomas G. Washington in 1981. By the end of the decade, nearly 40 multi-beam systems had been installed on vessels of seven nations. Besides Sea Beam there were Simrad, Furuno and Hydrosweep systems as well as a Russian system called Ekhos XD. The decade 1980-1990 was one of intense seafloor feature discovery as every survey and expedition seemed to find new and sometimes surprising features. The ability to better define the shape of seamounts with the accompanying discovery of cratered volcanoes on the seafloor, the overlapping spreading centres of the East Pacific Rise, the characterisation of the great fracture zones such as the Garrett Fracture zone associated with one of the fastest spreading ridge segments on earth, great salt domes and basins of the Texas Louisiana slope, fields of mud waves at the mouth of canyons such as Pioneer Canyon on the US West Coast, and the ability to track canyons with all of their meanders and twists and turns - all led to a sense of wonder during this period. The increased resolution of these systems, as compared to wide-angle single beam echo sounders, also led to better targeting of both manned submersible exploration and robotic vehicle exploration. As the decade wore on, navigation systems experienced a quantum leap in absolute positioning capabilities with the Global Positioning system becoming increasingly available although not fully operational until the mid-1990s. This better navigation capability assured better final products as ‘rubber-sheeting’ (the adjustment of adjacent survey lines to assure matching of contours) in areas of poor to non-existent electronic control sometimes led to blunders and misinterpretations.

In the years since 1990, multi-beam systems have proliferated, have migrated into shallow water as well as increasing capabilities in deep water, have increased in swath width, and have decreased in beam width. They have been further enhanced by a number of enabling technologies including improved motion sensing with higher update rates, exponentially increased processing power of computers, and greatly improved visualisation tools for real but anomalous object identification and for non-existent artifact identification and removal. Today’s systems are a far cry from the original SASS and Sea Beam systems. However, all modern systems owe their origin to the vision of a small group of engineers and the seemingly unrelated shooting down of a spy plane.