By the Old Hydrographer

Above my desk hangs an ageing annotated photograph of a beautiful surveying ship which recalls a visit by the Directing Committee of the I.H.B. to Genoa in the Centenary Year of the Italian Hydrographic Office to view the new ‘Nave A. Magnaghi’, the second survey ship to bear the honoured name. For some years I have planned to review Admiral Magnaghis’ considerable contribution to the advance of hydrography during the twenty years following his appointment to the Directorship of the newly established ‘Ufficio centrale Idrografico della R. Marina’ in 1872.

At the Congress of Vienna in 1815 the victorious European powers restored the Italian dynasties dethroned by Napoleon. Beautemps-Beaupré of France, Commander Smyth of the British Navy and certain Austrian naval officers undertook surveys of various Italian waters. Whilst the Officio Topografico prepared and published the charts.

Meanwhile there was a growing desire among the Italian populations of the divided kingdoms for unity and independence which led eventually to what became known as the ‘Risorgimento’. A great pincer movement developed whereby King Victor Emmanuel II of Sardinia and Piedmont stormed southwards, defeating the Papal troops at Castelfidacio; whilst Garibaldi, with his ‘Thousand’ landed in Sicily, crossed to Calabria and marched successfully to Naples, defeating the Bourbon Army at Volturno. He and King Emmanuel met at Caserta in 1861. Although the citadel of Gaeta to the north fell under bombardment from Emmanuel’s Navy, Rome remained inviolate under French protection for a further ten years.

Florence became the capital of the unified Italy where the Navy’s headquarters were installed; a Commission of Hydrography, under Captain Antonio Imbert was established on the coast at Leghorn in 1867 and surveying began in the Adriatic in a paddle corvette. In Venetian waters it was still necessary to co-operate with the Imperial Austro-Hungarian Navy for survey work. From then onwards Giovanni Battista Magnaghi, a native of Liguria, and a naval lieutenant who had been decorated for his bravery during the bombardment of Gaeta, was employed visiting a number of Hydrographic Offices in Europe to see how these operated and with what instrumentation they were equipped.

Imbert’s Commission of Hydrography was transferred in 1872 to a new national Hydrographic Office established at Genoa in Fort St. Georgio where it remains to this day. Commander Magnaghi was appointed the Director of the new Office and almost at once began to introduce the latest hydrographic and cartographic techniques that he had seen on his European tour. A search began for cartographers and copper engravers.

Magnaghi soon set up an astronomic observatory and collaborated with the Geodetic Commission in determining the longitude differences between major Italian cities, whilst he himself determined the geographical co-ordinates of the Italian islands of Lampedusa and Linosa. He prepared and published sun azimuth and other navigational tables. He moved steadily forward in developing the many sides of hydrography - he made lighter and easier to handle the reflecting circle used widely by European sea surveyors, and he greatly modified the Thomson wire sounding machine both for shallow and deep-sea casts.

In 1876 a French-built steam vessel, named for some unaccountable reason ‘Washington’, was purchased. Converting this ship for hydrography Magnaghi was able to commence his hydrographic campaigns in the Tyrrhenian, Ionan and Adriatic seas. Using a sophisticated deep-sea sounder he had devised he obtained his deepest sounding of 4,067 metres at 35°52'25"N 18°08'30"E in the central Mediterranean.

Magnaghi realised that such sounding cruises could only achieve their full potential if his surveying officers were given training in physical oceanography and zoology so that the sea water and sea-bed samples he was regularly obtaining could be precisely analysed. It was fortunate therefore that a German scientist, Anton Dohrn, had decided that the most economical way of furthering oceanographic research would be to establish a coastal research station together with an aquarium. Having obtained funding from the German and Italian Governments and other sources he was able to build and open his Stazione Zoologica at Naples. Here he established so called ‘tables’ where scientific workers could come to study. He was setting an example to be followed in many maritime countries throughout the next fifty odd years.

Inevitably Dohrn and Magnaghi became friends so that it was arranged between them that naval surveying officers would be accepted for training periods at the Zoological Station. Lieutenant Gaetano Chierchia was the first officer to work at the station whilst a five year agreement was made for others to follow.

Cherchia did not return onboard ‘Washington’ as he was appointed to collect and preserve marine fauna onboard the Italian research vessel ‘Vettor Pisani’ during a successful three year circumnavigation. Lieutenant Ambrogio Colombo was the first of the trainees from Anton Dohrn’s establishment to take his place in ‘Washington’.

Magnaghi made the last of his eleven deep-sea campaigns in 1888 after which he was promoted to Rear Admiral and appointed Director General of the Hydrographic Service at the Ministry of the Navy in Rome where he served for a further four years.

Magnaghis’ term as Hydrographer resulted in the provision of 100 new charts and 130 coastal views which not only brought about a sea change in the navigation of Italian waters, but were widely acclaimed for their clarity and elegance. That Italian charts have maintained such standards to this day was clearly demonstrated when the Italian Hydrographic Office was awarded the First Prize at the 2002 I.H.O. Conference Cartographic Exhibition in Monaco.

I am indebted to Paola Presciuttini of the Italian Hydrographic Office and Christiane Groeben of the Stazione Zoologica in Naples for much of the information I have used in this column. 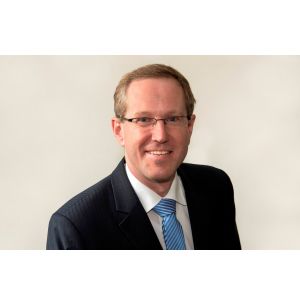