Olaus Magnus, a Swedish Catholic priest, had for some years been employed collecting funds for the Church in the far north. During his extensive travels he made copious notes and sketches concerning the inhabitants and their way of life, the flora and fauna and even the denizens of the adjacent seas. With the advance of Lutheran creed across Scandinavia, and its acceptance by King Vasa, Olaus retired to Italy to spend the rest of his life compiling, with the aid of his numerous notes and sketches, a massive map of Scandinavia and in writing a prodigious illustrated history of the region.

In the 14th century Sweden, Denmark and Norway formed a Union of Crowns whereby a chosen King was crowned in Stockholm by a Council of States. Such an arrangement was fraught with difficulties whenever the throne became vacant leading to bloody battles, particularly between Danes and Swedes. After such a battle on an ice-covered lake near Stockholm Christian II of Denmark was crowned in 1520. Leaving the Council of States in charge he had not long returned to Denmark before a Swedish nobleman, recently returned to his country, Gustav Vasa, got himself nominated as Regent to be crowned King eight years later. Vasa was an ambitious and efficient administrator who set about building up a strong army and taxing fellow noblemen and city burghers to provide the necessary funds.
By now Lutheran arguments were beginning to circulate in Sweden and Vasa was attracted by Luther’s reasoning that a King was both supreme head of State and of the Church, and that the latter’s property was the King’s to do with it as he wished. Sweden was at that time a Catholic State with six rich bishoprics including that of Uppsala, a post to which Olaus’ older brother Johannes was the archbishop elect.

At the time of King Vasa’s coronation both the Magnus brothers, proud of their Gothic origins, were out of Sweden at Rostock, never to be readmitted as the King accepted the Lutheran creed, appropriated church property and encroached on episcopal authority.
Olaus settled in Italy where he opposed the Reformation in every way he could. His greatest idea was to show the Pope, the Church and the peoples of southern Europe that Scandinavia was a great and glorious part of the known world which should be saved for Catholicism. To bring this about he set up a printing press and engaged draughtsmen to compile a massive map of Scandinavia and the surrounding seas, copiously illustrated with woodcut sketches prepared from those he had made during his travels as far north as Lappland and northern Norway. The map was titled the ‘Carta Marina Scandinavia’ (70 cms x 50 cms) published in 1539.

On Johannes’ death in 1544 the Pope consecrated Olaus to be his successor as archbishop elect of Uppsala, enabling him to style himself ‘Olaus Magnus the Goth, Archbishop of Uppsala’ as the author of his ‘Historia de gentibus septentrionalibus’, which ran to 22 books and 778 chapters in Latin, published in Rome in 1555. The work covered every aspect of Scandinavia, as Olaus knew it, from northern marvels, warfare, religion, the peoples, their customs, flora and fauna, ports, navigation etc. etc.

There is much of interest for the seaman both on the ‘Carta Marina’ and in the ‘Historia’. Descriptions of the various monsters may be found in the latter. "Among the family of sea monsters the spouter, or leviathan, three hundred feet long, has been given a nature that is totally forbidding. In order to destroy sailors it often rises high above the yardarms of vessels and spouts forth the waves it has sucked into the tubes above its head in such torrents that it frequently sinks the stoutest ships under a downpour of water, or at least exposes seamen to the severest danger. The beast also has a large, capacious, round mouth like that of a lamprey, through which it sucks in food and water. With its weight it throws itself on to a ship’s prow or stern and presses on it till the vessel sinks down and becomes submerged." Olaus tells us that such monsters may often be deterred from an attack by throwing overboard casks for them to play with whilst sounding from the poop on a trumpet!
He was widely read and quotes references to substantiate his descriptions - Pliny ‘Historia Naturalis’ (AD77), Vincent de Beauvais ‘Speculum Majus Naturale’ (1473) and others; whilst, no doubt, the seamen and fishermen he questioned in Norway would have been happy to embellish his descriptions.

On the chart may be seen an enraged whale awakened by members of the crew of an English vessel who, having anchored their ship on its back, thinking it to be a suitable island, had landed to light a barbecue!

Only fifty years later Wagenhaer was publishing practical seamen’s charts on which gentle spouting whales and benign giant fish appeared more as chart embellishment than warning to mariners. Monsters were on the way out.

Several illustrated chapters in Book 2 of the ‘Historia’ pertain to surveying or navigation. Concerning unfathomable depths this item reads - "Such is the immeasurable depth of water off many of the mountainous coasts of Norway, that however long the sounding lines with which they can fill the largest ship, if a leaden plummet is let down, no bottom may be found."

"I have spoken in the above chapter about the impossibility of sounding the depths of water off the Norwegian shores where there are high mountains. Now I must show how those who sail among these winding, rocky abysses can, in good safety and without anchors, find secure places to moor. This is why you see there, at various places along the fjords, iron rings, bigger than a soldier’s round shield, fastened with melted lead to the sides of many of the mountains. These were set there in times past through the magnanimity and at the expense of virtuous kings, chiefly on the way to the wealthy city of Bergen so that, when sailors were hard pressed by swell or tempest, they might instantly pass hawsers through the rings; in this way great vessels would be held steady, just as though they were in secluded recesses."

At the University of Uppsala there exists today, I believe, the only existing original ‘Carta Marina’. However, an excellent facsimile is now available at a modest price from Kartbutiken, Kungsgaten 74, 111-22 Stockholm. 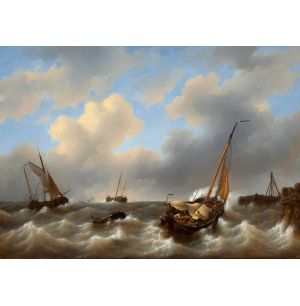 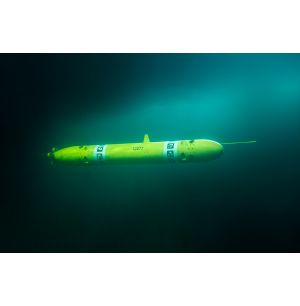