By the Old Hydrographer

Sir Robert Dudley was born in 1574 but his birth was kept secret from Queen Elizabeth, for she would have been enraged had she heard that her favourite courtier, the Earl of Leicester, had fathered a child by her goddaughter and maid-of-honour Lady Sheffield.

Robert graduated from Oxford University and began to study navigation, seamanship and warfare. At the age of twenty he set sail with a squadron of vessels for the Caribbean in search of Spanish treasure ships. He made a survey of the coast of Guinea and the delta of the Orinoco River but, although he captured some treasure-carrying ships, his booty was far less than that being amassed by Sir Walter Raleigh. In 1596 he sailed in a raiding expedition on Cadiz under the leadership of the Earl of Essex, where he acted with such courage that the Earl conferred upon him a knighthood.

In his attempt to prove his legitimacy in the Courts he fell foul of the Countess of Leicester and fled the country, abandoning his lawful wife and three children but taking with him his beautiful cousin Elizabeth Southwell disguised as his page. In France the couple adopted Catholicism and married in that faith, before travelling on to Italy in 1606, where they were welcomed in Florence by the Grand Duke of Tuscany Ferdinand I.

Dudley was of immediate assistance to the Grand Duke, who was involved in suppressing piracy in the Mediterranean, where Dudley’s knowledge of shipbuilding and warfare was invaluable. He continued his work under Grand Duke Cosmo II after the death of Ferdinand I in 1609, advising on dredging the marshlands around Pisa and developing the small fishing port of Leghorn into a fortified naval base.

Upon the accession of Ferdinando II after the death of Cosmo II, Dudley turned his attention to chart making, together with a highly skilled copper engraver named Anton Francesco Lucini, working in a village outside Florence. The first chart he produced was of the coast of South America in the vicinity of the delta of the Orinoco, including the island of Trinidad, using the surveys he had made twenty-five years earlier. It is dedicated to Ferdinando II by Don Roberto Dudleo, Duca di Northumbria, a title that he would have inherited had he remained in England and which Fernando II had encouraged him to use in Italy.

Dudley then began to compile his famous maritime atlas in three volumes, the first edition of which was published in August 1646 entitled Arcano del Mare (Secrets of the Sea). A second edition was published posthumously in 1661. Arcano del Mare was the first atlas of sea charts to be constructed on the projection introduced by Gerard Mercator seventy years earlier. The longitude origin Dudley used was the centre of the Island of Pico in the Azores.

The atlas contained about 150 charts covering the whole of the then known world; but I have not been able to discover how Dudley was able to gather the vast amount of hydrographic and cartographic data for compiling these charts, or how the atlas was distributed once published. Certainly the charts were very beautifully engraved in the Florentine style employed by Lucini and his workers. Much of the atlas contained written guidance and illustrations appertaining to navigation, hydrography, astronomy etc. and to instruments that he had invented for oceanography.

Sir Robert Dudley died in 1649 at his villa in the nearby village of Carbello, which had been given to him by Ferdinand II, leaving his wife, referred to in Florence as Signora Sudel (Southwell), and twelve children he had by her. He had received a salary, or pension as it was called, from the Grand Dukes and had a fine house in the city of Florence. 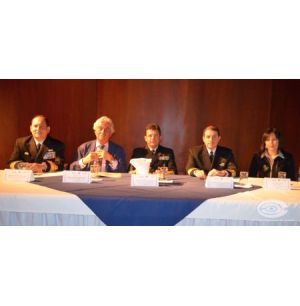 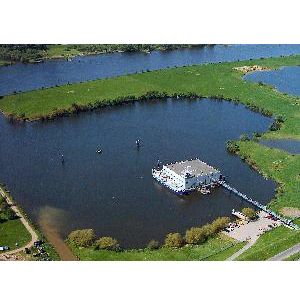