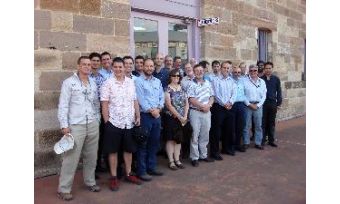 AHS Awards News
The AHS Award Scheme seeks to recognise those individuals, organisations, and
companies that have by their actions contributed to promoting the values of the Australasian Hydrographic Society. In summary, the awards that can be provided include Patron’s Gold Medal (highest individual recognition); Order of Merit (for service to the AHS); Award of Merit (Corporate, Individual, Career, Scientific and Technology, Safety, Environmental, Information Management, Literary and Media and Exhibition Achievements, Young Hydrographer of the Year); Award of Service; and Letters of Appreciation. These awards are non-financial.

The AHS also recognises the importance of education and a financial Education Award is also offered.

Members of the AHS are encouraged to recognise the efforts of their colleagues and to consider nominating them for an Award. Nominations are to be made using a standardised form available on the AHS website (www.ahs.asn.au).

East Australian Region
The East Australian Region’s February technical meeting was a full house with over 30 attendees. The main speaker for the evening was Davie Firth from the Scottish firm Firth Solutions. His presentation was related to multi-beam theory regarding coverage, footprint and signal noise reduction. The presentation was informative and well received. This was followed by a presentation by CPO R. Campbell, RAN on his recent deployment to Brisbane to scan the bridge pylons to determine the extent of any damage or build-up of submerged debris resulting from the disastrous floods that hit the area late in January. Scott Preskett from the NZ University of Otago then discussed some options that are being investigated to establish a Cat. B (and extend this to a Cat. A) course for Hydrography in Australia.

The meeting was attended by several members of the AHS Certification Panel and they presented the first of several short marketing films that are being prepared describing work undertaken by hydrographic surveyors. This first film showcased the Offshore Construction industry.

West Australia Region
The AHS (WAR) is hosting the HYDRO11 Conference. This international hydrographic conference is to be held from 7 to 11 November 2011 at the Esplanade Hotel, Fremantle. The first call for papers has been made and further information can be found on the AHS website (www.ahs.asn.au).

Australia on the Map Region
The AOTM region has made a submission to the National Library, supported by the Matthew Flinders Society, Baudin Legacy Project, Placenames Australia and ANZ Maps Society, to collaborate with them in putting on a major national exhibition in 2014. The exhibition will be titled ‘Naming Australia/Nommer l’Australie’ and traces how Australia was mapped and came to be called Australia. 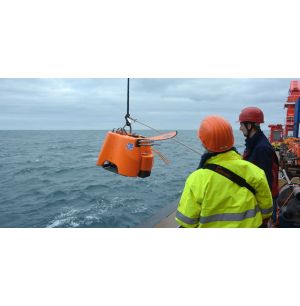 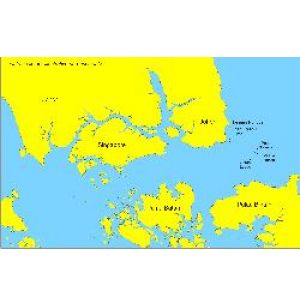