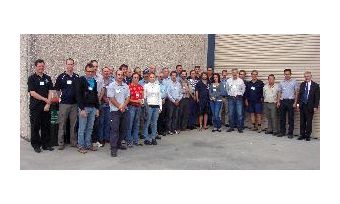 The Eastern Australia Region of the AHS is planning to mark World Hydrography Day (WHD) with a visit to the Naval Heritage Centre, Garden Island, Sydney on 20 June. WHD is actually on 21 June however celebrating on Monday 20 June is thought to be more convenient for working members. Hydrography has been the forerunner of most general naval activities leading to settlement since the earliest days of exploration in the Australasian area and the associated Museum has a number of noteworthy hydro instruments as used in those early days.

Corporate member Bruttour International reports that it exhibited its latest addition to the CEE range of products, the CEESCOPE, at the Ocean Business hydrographic equipment show held in Southampton, UK from 5 to 7 April. The CEESCOPE is considerably more advanced than the very successful CEEDUCER Pro. The CEESCOPE has increased range and provides the surveyor with more control over the operating parameters of the dual channel echo sounder. HYPACK 2011 already has a dedicated driver for the CEESCOPE.

The 7th Annual HYPACK Workshop was held at Bruttour's premises from 13 to 15 April (see Figure 1). HYPACK's support manager, Mr. John Lindberg, has run each of the workshops from the beginning. The purpose of the workshop is to explain new features of each new version of HYPACK as it is released and, most importantly, to listen to users for their feedback in respect of anomalies or difficulties and to note down wish lists for consideration in future programme releases. Customer support is accorded a very high ranking in the HYPACK ethos. The workshop provides an excellent opportunity for networking and qualifies for CPD points for those persons maintaining their
professional accreditation.

The AHS (WAR) is hosting the HYDRO11 Conference. This international hydrographic
conference is to be held between 7 - 11 November 2011 at the Esplanade Hotel, Fremantle. The first call for papers has been made and further information can be found on the AHS website (www.ahs.asn.au).


Australia on the Map Division

The Dutch government has embarked on a project spanning the globe to record the shared heritage between the Netherlands and a range of countries including Australia, Indonesia, South Africa, Ghana, Russia, Brazil, Sri Lanka and Surinam. This project is being undertaken on behalf of the Dutch government by the Centre for International Heritage Activities. This will lead to the development of an inventory and database of interested organisations, in a Wiki format. It is hoped that this may well provide the basis for a valuable resource for research and collaboration between the many participating stakeholders.

The Australia on the Map Division has been involved in some of the consultative meetings being conducted in Australia. Of course searching questions were asked, but these helped to draw out the benefits, synergies and innovations that could result from involvement in a project of this nature. Consequently, the Australia on the Map Division has agreed to participate and has already taken the first steps in becoming one of the project's partners.

This year marks the 200th anniversary of the publication of what is known as the Freycinet Map. This map, published in Paris in 1811, was the first map to be published which showed the full outline of Australia.

One of the highlights of the commemorations of this important anniversary is a symposium, 'The Freycinet Map of 1811 - 200th Anniversary of the Publication of the First Map of Australia', which will be held at the National Library of Australia on Sunday 19 June. This will also mark World Hydrography Day and is being conducted in collaboration with the National Library and the French Embassy.

The symposium will have some notable speakers, including Emeritus Professor Margaret Sankey and Martine Marin, of the 'Friends of Nicolas Baudin' in France. But we are also very fortunate and privileged indeed to have as a speaker, Henry de Freycinet, the last male descendant of Louis de Freycinet, who will speak on the history of his famous family and their role as explorers. It will undoubtedly be an interesting day. 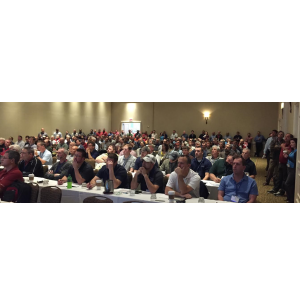 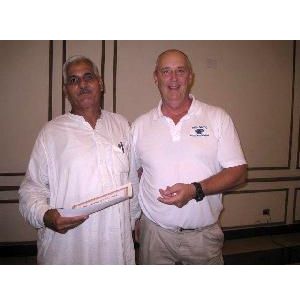