Greetings from the AHS and on behalf of our membership, I wish you all the best for 2012.

AHS Awards
The AHS has an Awards scheme to recognise the professionalism and service to our industry as well as to promote education in hydrography and related fields. The 2011/12 AHS awards are now open and the timetable is as follows:

Details about the awards as well as nomination forms are available from the AHS website (1).

AHS Education Award Winner for 2011
Thirty educational institutions in the Australasian (including Oceania) sphere of influence were advised of the AHS Education Award and were asked to inform their students accordingly. The AHS Education Board received 10 applications for the 2011 award. The applications were submitted by people from a diverse range of activities including Marine law, Fisheries, Geospatial Science, Marine Geophysics & Geology, Marine Biology, Oceanography, Marine Morphology and Hydrography.

The 2011 AHS Education Award, by unanimous decision, went to Ms. Emily Todd from New Zealand who is now taking a CAT A MSc course at Plymouth University, UK. Emily is collecting and analysing multi-beam field data together with related acoustic velocity data to determine the effects of errors in acoustic velocity measurements in estuary environments where salinity and temperature vary continuously. It is anticipated that results will allow guidelines to be proposed for the frequency and duration of acoustic casts required during multi-beam operation in estuarine areas to supplement surface acoustic measurements in order to maintain the accuracies defined in IHO S44 specifications. Given the widespread use of multi-beam systems and perhaps the potential for ‘blind’ acceptance of the results from such systems as being of high order quality in all environments, the Board felt that Emily’s work had high potential value and is directly related to hydrography.

South West Pacific Region
Capt. John Maschke RAN, has returned to Australia after a three-year appointment as the Defence Adviser South Pacific. He will retire on 3 April 2012 after 38 years service to the RAN and the spatial sciences. John will also stand down from his position as chair SW Pacific Region, but will try to be as active as possible once he gets his affairs in order.

The SW Pacific region countries continue to be a strategic area but are struggling to fully grasp the complexity of hydrography to their development and economic well-being. Hopefully ongoing work by the IHO with their capacity building activities will be able to address these issues.

I am sure all members of the profession wish John the very best in his retirement. John has been a tireless worker for the RAN, AHS and the profession and we are all appreciative of his time and investment into his work. 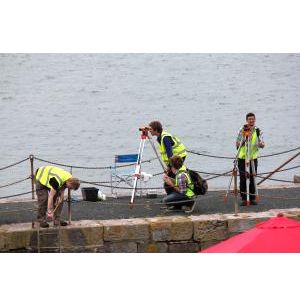 Taking your University to Work
Establishment of a National Hydrographic Committee 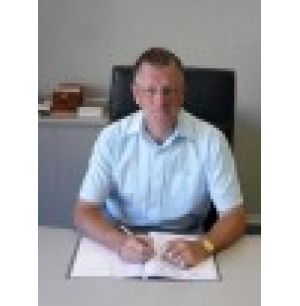