A View of the Autonomous Underwater Vehicle Market in 2016 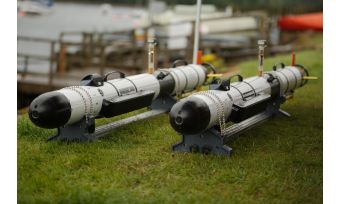 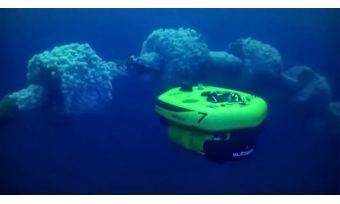 This last year has seen an increase in Autonomous Underwater Vehicle (AUV) sales and prospects for new sales. The lower than usual oil price may be responsible for much of that growth. Faced with operating in an increasingly harsh market where cost efficiencies can be the difference between success or failure for a business, Oil and Gas companies have had to look for ways to operate profitably. This often means a fairly radical restructure of their business and operations. Survey class AUVs offer a level of technical and operational maturity at a price point that encourages their use by oil companies. Military sales remain strong; the number of navies operating AUVs now is internationally widespread and operational systems now number in their hundreds.

Technically, it has also been an interesting period. Inventors and manufacturers are developing many new concepts from small ‘swarms’ of AUVs to extra large diameter systems operating in isolation for extended periods of time. Today there is a solution for every need; or a solution is, at the very least, being developed.

This report aims to shine a light on the various solutions and their uses. It will provide an overview of the most common uses and also outline some of the innovative solutions fuelling the imagination of the industry.

This report limits itself to traditional AUVs: self-powered unmanned underwater vehicles operating without a physical link to the surface and their operators. These systems are typically powered by batteries and carry payload sensors to measure their surroundings. The report does not consider Gliders, which are also self-powered, but carry much smaller payload sensors and batteries.

The following sections explore some of the latest trends in AUV technology and highlight some of their uses.

A recent trend has been to develop small, low capability AUV systems with limited endurance. These AUVs can be carried in your hand and often weigh less than 15kg. The vision is to launch swarms of these systems and have them work together to meet a common goal. Developments in swarm technology are creating a new future for AUVs; a future where large groups of them can be deployed to achieve a certain goal or outcome and, based on feedback from their sensors, the AUVs are able to adapt their routes to meet these aims. Though each small AUV would find it hard to carry out a mission using its sensors alone, when working together, fusing information from the swarm, they all improve their performance.

There are advantages in using these small AUVs, even taking into account the cost of buying an entire fleet as they are less costly than their larger counterparts. Crucially, a swarm can withstand the loss of a member of the group, they can cover a wide area, and the size of the swarm can be chosen to fit the mission. Swarms can be deployed to track fish and marine mammals, for salvage operations, and for mapping the seafloor. There has also been consideration in the public domain to replace traditional ‘seismic streamers’; each node in the swarm performs operations on the seafloor to produce data over a wide area. It is not clear when these systems will become operational, but a number of start-ups and established AUV companies are pushing this concept.

However, if small is not right for you then go big! Larger than life AUV systems are now a reality. These systems can be deployed and recovered from the shore and their missions are expected to last months instead of days. Equipped with as many state of the art sensor technologies as are required for the job, extra large diameter AUVs will change the range of tasks for which an AUV may be used. The primary requirement for these systems has been generated by the US Navy’s Large Displacement Unmanned Underwater Vehicle (LDUUV) programme. However, commercial applications may also be of interest. Large area survey, oceanographic sampling and marine biology are but a few examples where a large AUV may prove itself more economical than a vessel and crew. To date most of the work done has been at the proof of concept level, but the appetite for large AUVs is likely to prevail.

A common AUV shape is cylindrical and AUV sizes are typically defined by their diameter. The most common sizes are 9 inches, 12 inches and 18 inches or over. These AUVs have now established themselves as a force multiplier, adding value to the traditional assets. Often deployed from a surface vessel, they put distance between the operators and potentially dangerous environments such as mine clearance applications. Their effectiveness for Mine Countermeasures (MCM) in the littoral and Very Shallow Water (VSW) environment is no longer called into question. All leading navies have procured or plan to procure these systems. Importantly, their ability to double up as tools for hydrography, special operations and salvage work makes them useful for small, highly flexible navies. They enable rapid mobilisation across multiple geographies.

The AUVs have been so successful that many of the current procurement efforts are planned to replace, or compliment, traditional MCM vessels with off-board assets. Navies see AUVs acting as a workhorse to detect man-made objects on the seafloor. Programmes like the Littoral Combat Ship MCM module using UUVs to find buried mines, the UK and France’s MMCM programme and Australia’s SEA 1778 are in the process of demonstrating and/or procuring capability. These concepts are considering the use of AUVs, unmanned surface vessels, disposal robots and towed arrays. They are addressing military doctrine in order to integrate off-board assets to their current concepts of operations.

The US Navy continues to lead the way and has set up a new unmanned warfare systems directorate (OPNAV N99) to look at how humans and machines can cooperate in missions across all domains: subsea, surface and air. The intent is clear: in the future there will be more AUVs and, in time, their uses are likely to extend to other missions beyond simple surveys.

Oil & Gas, AUVs in the Era of Low Oil Prices

The low price of oil has had a destructive effect on the industry. Established oil companies have had to restructure and cut costs for significant parts of their business and this has snowballed through the whole supply chain. AUV manufacturers are part of that supply chain. However, last year saw a significant increase in the sale of AUVs into this sector. Are AUVs immune to the challenges faced by the rest of the industry? To some extent they are not. Traditionally, AUVs have been operated by oil and gas contractors to carry out surveys at extreme depths. For this purpose they have become the tool of choice. However, the interest in these surveys has dwindled as operating wells at such depths is an expensive business and is unsustainable under the current oil regime.

However, AUVs can be operated from smaller, less costly vessels than traditional ROV systems. As they increase the range of tasks that they tackle they become more appealing investments to prospective owners. They are able to offer a new business model to do work at a time when new business models are required. This has resulted in a renewed interest and push to develop hover capable AUVs to inspect the infields. Some examples of autonomous inspections in actual fields have recently been reported and many new initiatives have been announced in the press.

Oceanographic institutes have found AUVs to be excellent platforms that allow them to gather high-quality data for scientific purposes. It is likely that there will be a sustained growth in this domain. Vessel upgrades typically incorporate AUVs as part of the mix.

There has also been a renewed interest in AUV technology from the marine renewables industry, fisheries, hydroelectric facilities and ports and harbours. To date these remain small opportunities. However, industries like these may benefit in later years if AUVs continue to gain popularity and low cost, easily deployable systems reach the mass market. This network effect may be key for AUVs to reach market opportunities beyond traditional ones.

Universities and research institutes are also important players in the AUV market. They are fuelling innovation and pushing the boundaries of the possible. Significant research is now underway, helping to develop concepts for adaptive autonomy and providing a framework for AUVs to deal with the unexpected. They are also investing in the next generation of AUV engineers and competitions like AUVSI’s Robosub are a testament to how far and wide the AUV community spans, with teams from all corners of the world taking part.

The next challenges include over-the-horizon operations; AUVs that operate autonomously at distances outside the reach of the operator. To do this the AUV must be equipped with sufficient onboard autonomy to deal with and adapt to changes in the environment or to changes in its own state. This is where Unmanned Surface Vessels and Unmanned Air Vehicles can help. They can act as communication relays to the shore and the operators enabling real-time monitoring over vast distances. This effectively helps reduce one of subsea’s greatest challenges - poor underwater communications!

Another challenge is to reverse the current trend that requires a trained crew of operators for each AUV. Operating a single AUV becomes a costly training exercise and if we would like to operate more AUVs we soon come to the realisation that there will never be enough operators. This is a tricky problem to solve. Software plays an important part and I have been fortunate to work alongside a group of people who are leading the way in tackling this issue. However a lot of work still needs to be done. How do you deploy and recover hundreds of AUVs? How do you recharge their power sources? How do you tell them what to do? If AUV swarms are to become a reality, these challenges must be solved.

I am looking forward to finding answers to these questions in the years to come and expect that in doing so the AUV market will experience considerable growth.