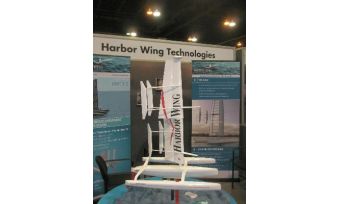 AUVSI's Unmanned Systems is the world's largest event on unmanned systems and in 2010 it was held in Denver (CO), USA.

The symposium, although mainly focused on aerial vehicles, featured several interesting talks on underwater vehicles as well. Not surprisingly, many presentations provided deeper insights into the response after the Deepwater Horizon disaster in the Gulf. Liquid Robotics announced the deployment of two Wave Gliders on 25 August. In the course of September, the company will deploy two extra Wave Gliders; the four vehicles will do research on the long-term effects on sea life in the Gulf. iRobot described how they assisted in mapping the crude oil plume just after the disaster. They also announced the successful trials with a modified Sea Glider, the Deepglider, with a depth rating of 6000 metres making gliders available for 98% of the world's oceans.

Seebyte presented the Seatrack co-pilot system. More recent news was the Subsea 7-Seebyte jointly developed Autonomous Inspection Vehicle (AIV), to be launched in 2011. The AIV has an underwater docking station and a very high level of autonomy, made possible by the combined know-how of Seebyte and Subsea7.

The show not only offered underwater vehicles, many suppliers to the underwater marketplace were present at the show. Several manufacturers of motion sensors were present, including Xsens, Crossbow, MEMSIC and IXSEA. SEACON, Polymer Marine, Zyvex and Harbor Wing came to Denver as well showing their products.

New to the exhibition floor were three demonstration areas: a track for ground robots, a cage for aerial vehicles and a 30 cubic metre tank for underwater vehicles. This made it possible for the visitors to see the UUVs and ROVs in action.