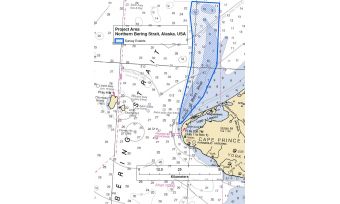 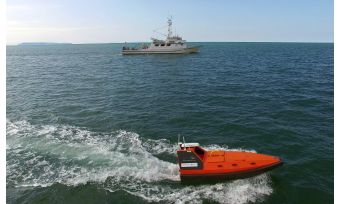 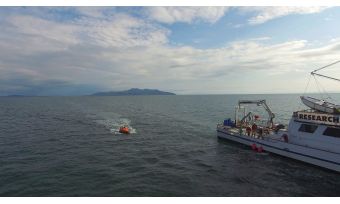 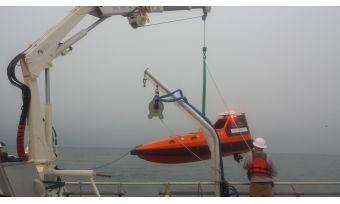 TerraSond, a hydrographic services company based in Palmer, Alaska (USA), utilised an unmanned Autonomous Surface Vessel (ASV) to assist with the acquisition of survey data in July of 2015 in the northern Bering Strait region of Alaska. The 12’ ASV, a military target drone converted into a hydrographic vessel, worked in conjunction with a larger survey vessel and acquired the first data from an unmanned vessel to be used to update a US nautical chart.

TerraSond has long been interested in the possibility of using ASV technology on hydrographic survey projects. Obvious potential exists to survey areas normally unworkable from a manned vessel due to factors such as extremely shallow water, as well as to increase production by serving as a ‘force multiplier’, whereby an unmanned survey vessel would work side-by-side with a conventional survey vessel.

The potential benefits of using ASV technology is even more apparent in regions like Alaska. Most of the Alaska coastline is far from ports and easy resupply. Therefore, operations in Alaska waters often require expensive vessel mobilisations and long transits using relatively large vessels of sufficient endurance to reach and work remote survey areas. Once the effort and expense of reaching the site is realised, the potential benefits of deploying one, or more, smaller unmanned vessels from the larger vessel to increase production is clear, especially when work needs to be completed during Alaska’s limited field season.

When the US National Oceanic and Atmospheric Administration (NOAA) tasked TerraSond to survey a remote area in the Bering Strait for the purpose of nautical chart updating, the right combination of factors came together to make use of an ASV on a major charting project possible.

The NOAA task order called for a hydrographic survey centreed on Cape Prince of Wales Shoal, a poorly charted but navigationally significant area experiencing increases in Arctic vessel traffic. Covering about 1,030 square kilometres of seafloor, the area, and consequently the project effort, was of sufficient scale to overcome the fixed costs associated with mobilising an ASV.

The project area was ASV-friendly due to relatively light vessel traffic with ample room for manoeuvering, which mitigated concerns of unintended vessel-vessel interactions. However, the region’s notoriously inclement weather and unprotected exposure of the survey area would make small boat operations difficult.

Project requirements called for fixed line spacing, which simplified line planning and the logistics of operating a manned and unmanned survey vessel simultaneously. Single beam was an acceptable echo sounder method, which streamlined the equipment suite necessary to deploy on the ASV.

Options from various manufacturers were investigated based on suitability, availability, and cost. Most options were ruled out as cost prohibitive, unsuitable for the weather conditions of the area, too large to deploy from the Q105, or unavailable on the project timeline. TerraSond ultimately contracted ASV, LLC (ASV) of Broussard, Louisiana to provide a suitable model.

ASV redesigned and customised a C-Target 3 (CT3) military target drone for hydrographic use. The C-Target models were designed for naval gunnery training, weapons testing, and ship command and control assignments. Advantages of the CT3 included its small size (3.5m in length and about 325kg in weight), which meant it could be transported economically from Louisiana to Alaska, and easily managed by the deck crane on the Q105.

The CT3 had some disadvantages including its hull design (designed as a high-speed target drone and not a low-speed survey vessel) and single-point lift system. The gas outboard would also limit endurance to less than 24 hours, despite installation of increased fuel capacity.

Extensive reconfiguration was necessary to adapt the CT3 to hydrographic purposes. These included increased fuel capacity, increased power output to support survey equipment, software modifications, installation of a Survey PC (in addition to an existing Control PC), and additional IP radios, and mounting/integration of survey equipment.

Survey equipment was chosen based on its power-efficiency, compactness, and prior track record. Major components included an Odom Echotrac CV100 single beam echo sounder, a Hemisphere Vector V113 positioning system, and a Trimble 5700 GPS receiver. HYPACK 2014 was installed on the Survey PC and configured to communicate with the survey instruments and log all survey data.

An IP radio that communicated with the ASV Survey PC was integrated into the same ship network as the Q105 acquisition system. This allowed an existing Acquisition PC on the Q105 to be used to remotely monitor (via remote desktop methods) the ASV Survey PC without special modifications, making it so that acquisition personnel could monitor and control both the Q105 multibeam system and ASV single beam systems simultaneously. This had the dual benefit of allowing real-time monitoring of ASV data quality without the need to dedicate additional acquisition personnel to the task.

ASV’s proprietary ‘ASView’ software served as the ASV software interface. ASView was operated on a second PC and IP radio link independent of that used for the survey system monitoring. ASView was used to send commands to the vessel, including what line to track, and monitor onboard systems as well as the vessel position. This included fuel levels in three separate tanks with the ability to remotely move fuel between them, fuel consumption rate, engine status, electrical status, temperatures, actuators, and relays. A streaming camera view also helped with obstacle avoidance and docking with the larger vessel.

With its small size and the disadvantages of deploying at-sea using a crane and single-point lift, the ASV was deployed only during favourable weather conditions (generally considered to be seas of 0.6m or less, limited primarily by the ability to safely lift and deploy the ASV by way of the Q105 crane). Given the exposed, inclement nature of this region and poor weather experienced during the survey, favourable conditions were infrequent.

When deployed, the ASV was operated in an ‘unmanned but monitored mode’. In this mode it was continuously supervised from the Q105 and would autonomously run planned survey lines adjacent to the Q105, staying in visual and communication range. Standard operational distance was about 200m from the Q105, which was equal to the project line spacing.

The ASV collected about 330 line kilometres of single beam data acquisition, or 5% of the project total, which reduced the required total days on-site by about two days.

Production was less than anticipated, largely because of poor weather conditions that often made deployment of the ASV impractical. Decisions on whether or not to deploy the ASV were highly dependent on the ability to safely deploy from and recover the vessel.

In addition to main scheme survey lines, the ASV surveyed one particularly shallow portion of the area which was unsafe to survey with the Q105 due to its 2m draft.

Overall, the ASV use on this project served as a proof of the force multiplier concept, whereby minimal additional personnel (in this case two ASV technicians) were required on-site to field an additional survey vessel. Additionally, soundings collected from the ASV were the first collected by an unmanned vessel to be used to update a US nautical chart.

TerraSond plans to utilise a C-Worker Hydro 5 model, also provided by ASV, LLC, during 2016 for a major survey for NOAA in the Bering Sea. The C-Worker Hydro 5 is a purpose-built hydrographic model and will be outfit with multibeam and towed side-scan sonar systems, and will incorporate experience gained in using the ASV-CT3 in 2015. A custom launch and recovery davit system (LARS) will be used to improve the operational weather window.

Thanks are due to NOAA for funding this work, ASV, LLC for providing, outfitting, and managing the ASV-CT3, and Support Vessels of Alaska (SVA) for field deployment support on the Q105. 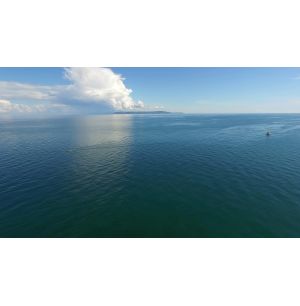 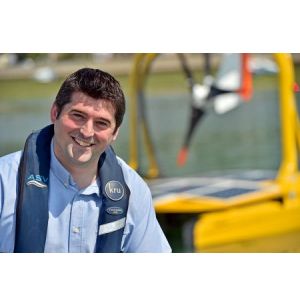