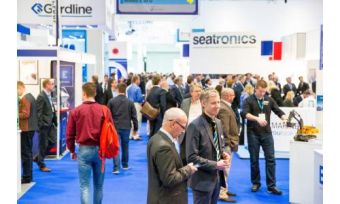 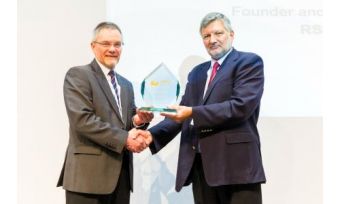 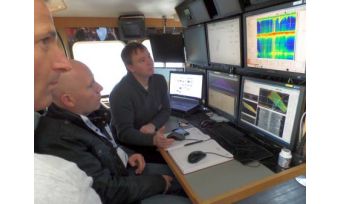 The organisers of Oceanology International can look back to another great event that was held from 11 to 13 March 2014 at the ExCeL Centre in London, UK. This is also the case for the companies on the trade show floor. The preliminary attendance figures for OI and Spillex indicate more than 8,400 attendees, which is a 10% increase on 2012. Exhibitor figures were higher than ever before with 528 exhibiting companies from 35 countries.

More importantly, the overall participation was very good and this contributed to the positive general impression.

Oceanology International had a record attendance of visiting vessels since 1969, the year in which OI started, counting 13 vessels making 148 movements with 1198 people aboard. This is also a record visitor attendance for the waterside demonstrations and vessel visits.

On Monday 10 March 2014, at the end of the pre-conference Catch the Next Wave, professionals were honoured for their achievements. Just before Rick Spinrad, from the Maritime Technology Society held his keynote speech, awards were presented. The accolades were awarded as follows: Rick Spinrad received the OI Lifetime Achievement Award, Roger Scrivens of RS Aqua was named as AMSI Business Person of the Year, and Dr Colin Grant (now retired from BP) received the Alan Greig Memorial Prize.

Businesses were able to meet new clients and prospects. There were many product introductions, partnerships forged, and sales and new representations sealed – or the foundations were laid for future deals. One of the companies indicated that they had met professionals who had seen new applications for their product.

The workshops and conferences were also well attended. To give an impression of the relevance of the participants, the Wendy Schmidt Ocean Health XPRIZE was expecting to be able to sign up one or two new teams by exhibiting at OI and instead they signed up a dozen. The exhibition was a great success for them.

At the end of the show days, there was time for networking. There was an organised event on the Tuesday evening, but individual businesses also organised their own socials, tastings and prize draws. These were well attended. Later in the evenings, relations were forged during networking events and company parties organised around the exhibition centre: Kongsberg celebrating its 200th anniversary, Applied Acoustics looking back on 15 years in the business — to name but a few.