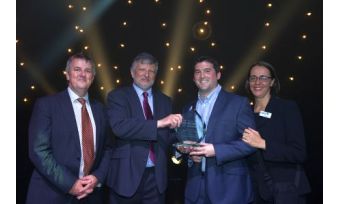 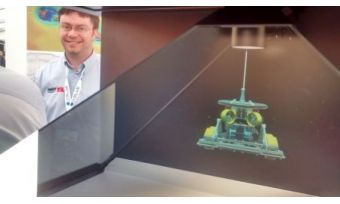 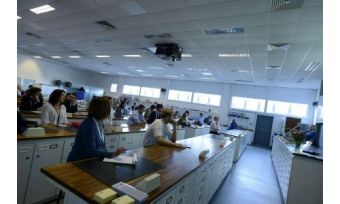 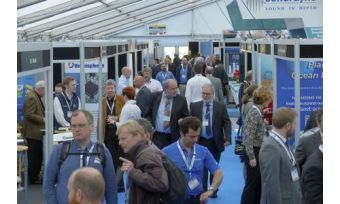 The biennial event Ocean Business took place on the quayside of the National Oceanography Centre, Southampton, UK, from 14-16 April 2015. According to the organisers, the number of delegates exceeded the numbers of the 2013 edition by 29%, totalling 4589 visitors. There was great interest for the presentations of the nearly 350 exhibiting businesses.

In addition to the stands, the classroom workshops and demonstrations in the test tank and on the vessels attracted much attention. A workshop on QPS’ new product Qimera, held just 30 minutes after the opening of the show on Tuesday morning was nearly full, which was seen as a proof that the visitors were keen to attend.

Business Done
During the event, exhibitors were able to show and demonstrate their products, launch new technology, explain applications and present references, and do business. We heard of interesting deals being closed and of course others in the pipeline which is a good signal in these times when the economy may be challenging for some organisations, including government bodies. In addition, the interaction between the visitors and exhibitors, and of course between delegates, is an appreciated aspect of the event. This was facilitated by several social events like the ice breaker meeting in the Pitcher & Piano bar, the wine tasting trail on Tuesday afternoon and the gala dinner on Wednesday evening 15 April 2015.

Business Person of the Year Award
The gala dinner was also the event at which Dan Hook of Autonomous Surface Vehicles (ASV) was presented with the AMSI Business Person of the Year award by Mr Richard Burt, chairman of the AMSI Council of the Society of Maritime Industries. Mr Burt said that Dan has been working hard to raise the profile of Maritime Autonomous Systems (MAS), including participation in the Robotics and Autonomous Systems Special Interest Group and the Marine Industries Leadership Council’s MAS Initiative.

Associated Conferences
Ocean Business included a number of associated conferences. Ocean Survey was a two-day event in which more than 20 papers were presented covering the latest technology and practices in offshore and hydrographic surveying, attracting 129 delegates (an increase of 13% compared to 2013). The technical committee was chaired by Ed Danson.

Associated events included the Blue Economy Seminar on Tuesday 14 April where various aspects of maritime and ocean science were highlighted by organisations like the UKHO, the Hydrographic Society UK, FIG and United Nations. A concluding discussion was chaired by Nick Lambert. This event was attended by 48 delegates.

Ocean Careers attracted many ambitious young professionals during the event. They wanted to get in touch with professionals to find out where there are opportunities and how they can increase their profile to get the ideal job.

This biggest Ocean Business event ever proved that the ocean science community is keen to connect and interact, and is looking forward to the next edition. At the time of writing, date and venue of Ocean Business 2017 are still to be confirmed.