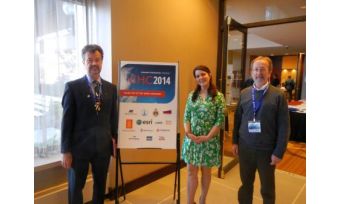 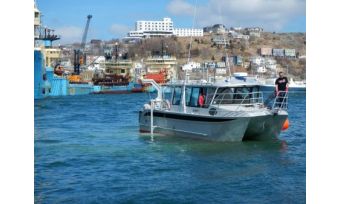 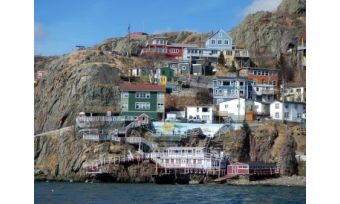 In many ways, the 2014 Canadian Hydrographic Conference (CHC2014) was a departure from tradition. This bi-annual event, Canada’s turn in the ongoing US-Canada hydrographic conference series, saw a change in venue, a change in format, a refocusing of content and a step away from extravagance.

Presented by the Canadian Hydrographic Association and co-hosted by the Marine Institute of Memorial University, CHC2014, the event that according to tradition would have taken place in Ottawa this year, went east instead to the city of St. John’s, on the island of Newfoundland. St. John’s was chosen in-part because of its role in supporting Atlantic Canada’s offshore petroleum sector.

A Departure from Tradition

Gone was the lengthy opening ceremony with introductions, keynote speaker, and addresses by Canadian and US Hydrographers. Instead, the conference chair and president of CHA, Rob Hare, offered a sincere welcome with a brief venue orientation and then went straight to the first technical session. Attendance was around the 200 mark and while somewhat lean from the public sector side, there was a noticeable increase in student participation. Another departure from tradition was the absence of an overall conference theme. Did it matter? It most likely did not as the technical sessions carried the programme.

Served up in plenary, the sessions (ten in all) carried insightful papers, which addressed the following topics: Positioning — Canadian and US challenges in the horizontal and vertical; Survey Planning and the Big Picture; Surveys and Charting; New Applications and Methods for Hydrographic Systems; Data Processing; Advances in Instruments and Methods; The Nearshore Environment — Data Capture and Challenges; Data Management; and From Acquisition to Uncertainty. The technical sessions, plus a panel discussion on Training and Certification in North America were mixed with workshops, a dedicated poster session and on-the-water demonstrations and were all very well attended. The on-water-demonstrations featured a purpose-built (in New Zealand) survey catamaran running an R2Sonic multibeam system and a chartered vessel supporting EdgeTech’s new bathymetric side-scan system.

CHC2014 was well sponsored with Kongsberg Maritime hosting the Monday evening Icebreaker reception and ESRI the Exhibitor Evening on Tuesday. With the venue located in the heart of downtown St. John’s and the notorious George Street entertainment district nearby, delegates could find plenty of local fare and live music within a short walk. Yet another departure from CHC tradition was the absence of a gala dinner, however, this simply opened up the possibilities to further explore the warm hospitality St. John’s, Newfoundland and Labrador had to offer.

All of the Marine Institute students who attended the conference were able to network with prospective employers and all were offered term employment for the coming field season.

Perhaps a sign of the times, CHC2014 proved that it was possible to deliver a good quality conference without all the extras, with support from Rolls-Royce, Fugro, IIC Technologies and Jeppesen.