It is a Service Provided Inconsistently by the Developed Nations 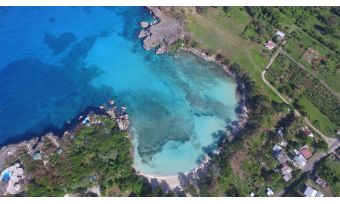 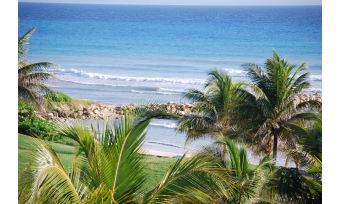 Considered paradise by the legions of tourists who visit each year, the Caribbean islands are developing states that struggle to maintain a delicate balance between economic expansion and environmental preservation. Hydrographic mapping, a critical element in achieving this equilibrium, has been a service provided inconsistently by the developed nations upon which many of the islands are still dependent. Affordable new geospatial technologies, however, offer Caribbean islands the opportunity to reduce their traditional reliance and assume greater control over their economies and natural resources.

The islands of the Caribbean, collectively known as the West Indies, were colonized for centuries by seafaring powers of the world, including the United Kingdom, Spain, and the Netherlands. In the 20th Century, many individual islands and island groups – such as Jamaica, Cuba, Haiti, and the Bahamas – achieved independence. Others, including Puerto Rico, Saint Martin and the Virgin Islands, remain territories of developed nations.

Regardless of their varied political status, languages and locations, these islands share a common characteristic – tourism drives their economies. Although the Caribbean is known worldwide for the friendliness of its people, the natural environment, which is dominated by marine ecosystems, remains the primary attraction. Sandy beaches, coral reefs and shallow lagoons serve as playgrounds to the several million visitors who arrive annually by sea and air.

Even with tourism growing steadily, Caribbean governments are involved in diversifying their economies by developing other industries to employ their people and produce export goods. Agriculture, once dominated by bananas and sugar cane, is expanding into a variety of crops that are shipped globally.

Mining is another industry seeing rapid growth in the region. The mineral resources of some larger islands, like Jamaica, are believed to be enormous, yet relatively untapped. Even hydrocarbon production has become a major source of revenue for some Caribbean nations, such as Trinidad & Tobago.

The island governments understand the opportunities and challenges presented to them by their wealth of natural resources. Enlarging existing harbours and building new ports to accommodate a greater number of larger ships can deliver more tourists to the seaside resorts and transport valuable minerals and crops to countries around the world. These sorts of development are appealing for the money they can inject into the economy in the near term.

The International Hydrographic Organization, headquartered in Monaco and composed of 93 member nations, has calculated that for every $1 spent on hydrography, $10 in value is returned to the local economy in foreign investment, development and other resources.

The Caribbean people, however, are inherently protective of their natural environment. They have witnessed firsthand the destructive impacts natural disasters, such as hurricanes, can have on their beaches, fisheries, and wildlife habitats. They understand that rampant construction of waterfront hotels and cruise ship piers can produce even worse devastation, in the long term, by wiping out the natural sights the tourists come to enjoy in the first place.

Striking a balance between economic development and environmental preservation is particularly challenging for governments in the Caribbean where most of the nations and territories are underdeveloped. Their limited financial resources must first be spent on infrastructure, health care, and other basics. Everyone understands that tourist dollars help pay for these.

Until recently, spending money on hydrographic mapping occurred, but mainly when absolutely necessary. However, increased global awareness of environmental concerns has aroused the Caribbean people’s innate sense of protectiveness toward their natural surroundings. This, in turn, has led to a broader appreciation of the connection between preserving island ecosystems and maintaining the tourist trade. As a result, mapping and other technologies that can play a role in environmental conservation and responsible development are prime topics of consideration.

The applications of marine mapping in the Caribbean are many, but the collection of hydrographic information – water depth and ocean floor classification data – has traditionally been performed primarily for the safety of cruise and container vessels. In accordance with the International Convention for the Safety of Life at Sea (SOLAS), the deep waters around the continental shelf and approaches to ports are surveyed periodically, and usually by single- or multibeam sonar devices mounted on ships.

As cruise liners and merchant's vessels get bigger, their drafts get deeper. Sonar sensing will continue to provide the extremely accurate deep-water bathymetry to ensure these ships don’t run aground on the seafloor or scrape their hulls on the delicate reefs as they approach commercial harbours.

Due to the expense of sonar mapping systems, these surveys have traditionally been conducted on behalf of the Caribbean governments by hydrographic survey organizations operated by the developed nations on which many of the islands still have reliance. Even the islands that have declared their sovereignty maintain some economic ties to the US, UK, the Netherlands, Spain or France.

In a recent example of collaborative sonar mapping, the UK Hydrographic Office has performed surveys in Antigua and Barbuda, Anguilla, Montserrat and Jamaica. These offshore surveys are vital for SOLAS compliance; however, most do not include the nearshore coastal zones. In fact, formal shallow-water surveys have not been performed around some Caribbean islands in more than a century. From both public safety and environmental protection perspective, this is troubling because it is in these nearshore areas where the ‘blue economy’ lives. This is where sightseeing and fishing boats trawl and splendid wildlife and coral reefs thrive.

Some of the shallow-water challenges already facing Caribbean islands include:

Managing these diverse marine ecosystems requires accurate and up-to-date seafloor depth and habitat data. Fortunately, numerous geospatial technologies are able to collect these coastal information effectively and more cost-effectively than sonar systems. With these affordable mapping methods now within their own reach, Caribbean nations are beginning to perform marine mapping on their own. Jamaica, for example, was among the first to form an official hydrographic office.

While sonar will continue to be used in critical navigation channels, where the utmost precision is required, and beyond the continental shelf and in waters deeper than 30 metres, Caribbean officials are deploying the newer technologies closer to shore and in combination with airborne and marine surveys to cut costs and expand geographic coverage. Airborne LiDAR, which can penetrate shallow water and collect bathymetric data, is seeing increased deployment in the region. And hydrographic data derived from Earth observation satellites has significant appeal for application in many areas due to its lower cost and decades of archived datasets.

This information is proving vital to Caribbean government agencies as they consider proposals for new development. Knowing what lies beneath the waves and at what depth allows them to decide precisely where infrastructure should – and should not – be built to minimize the impact on fragile marine ecosystems.

The value of satellite imagery extends onto dry land as well. Years’ worth of coastline images is enabling Caribbean officials to see how the placement of something as seemingly simple as a jetty in the past has affected the nearby beach or mangrove stand. Seeing what happened in the past, through archived imagery, guides their plans for the future.

Further inland away from the beaches, geospatial information extracted from satellite images has applications too. Jamaica has already turned to multispectral imagery to see the impacts its renewed development of bauxite mines is having on the soils and vegetation in the vicinity of those operations. These images are helping to regulate how the mining is carried out so its impact on the natural surroundings can be minimized.

The value of geospatial technology in the Caribbean can be measured by hectares of mangroves and underwater corals it helps to save, as well as the responsible development it enables. But the most important contribution might be harder to quantify. The affordability of geospatial mapping techniques is empowering the Caribbean people to reduce their dependency on developed nations by enabling them to monitor their environment, make better-informed decisions, and establish policies with their own best interests in mind.