Facts and Findings from the Accident 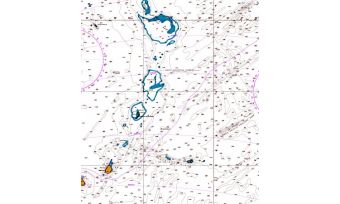 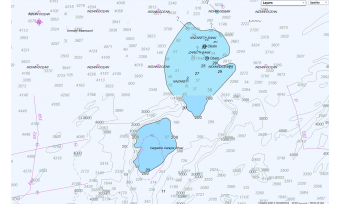 During Leg 2 of the Volvo Ocean Race from Cape Town to Abu Dhabi, Team Vestas Wind ran aground on the night of 29 November 2014 on the Cargados Carajos Shoals. The shoals were shown on the portion of the electronic chart displayed onboard, but only as a blue patch enclosed by a 200m isobath with scattered soundings - the shoalest of which the navigator reported to be 40m. The fact that the feature comprised low lying islands with a fringing drying reef is only apparent when zooming in sufficiently on the Electronic Chart System (ECS). What are the factors that played a role from charting and marine mapping perspective? What can be done to avoid this kind of accident – even taking into account the special circumstances that a race brings? This article presents the facts and views of various experts, and gives you their impressions in the immediate aftermath of the stranding.

There should not be a rush to judgment in this case. What can be said with certainty is that while the cause of the stranding was not any deficiency in the available hydrographic data, there is some question about the appropriate selection of that data for display in the ECS onboard Vestas Wind.

In fact the Independent Report has not apportioned blame, but made the following conclusions:

i. There were deficiencies in the use of electronic charts and other navigational data onboard Vestas Wind.

ii. There were also deficiencies in the cartography presenting the navigational dangers on the small and medium scales of the chart system in use.