Conference on Problems, methods and means of research of World oceans - 06/09/2013 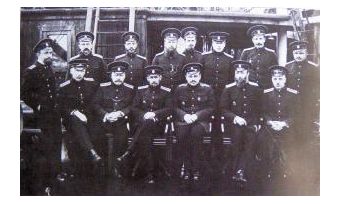 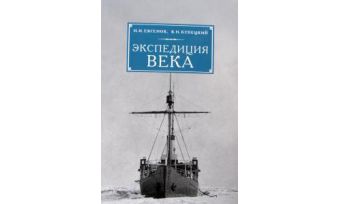 The International conference on ‘Problems, methods and means of research of World oceans’ took place in Zaporozhje, Ukraine on 13 and 14 May 2013. The conference was organised by the ­Scientific and technical Center of Panoramic Acoustic Systems of the Ukrainian National Academy of Sciences (UNAS). UNAS corresponding member and HSR member Anatoly I. Gonchar was head of the organising committee, and the secretary was HSR member Lubov Shlychek. Experts from 15 ­scientific research institutes from Ukraine, Russia and Moldova participated in the conference. 52 reports considered all aspects of oceanographic research and were presented.

Participants of the conference accepted recommendations for interaction and information interchange.

The HSR Council did not overlook World Hydrographic Day and sent best wishes to 15 organisations.

A significant date for Russia was 25 June 2013. On this day 80 years ago the Polar ­Hydrographic organisation was established. HSR president congratulated all hydrographic organisations working in Arctic regions and also the outstanding polar explorers: A.N. Chilingarov (president of the Association of polar explorers), N.A. Mon’ko (deputy chief of Administration Sevmorput), Dr. V.I. Peresypkin and others.

In 2013, the 100th anniversary of the last significant geographical opening on our planet will be celebrated. On 3 ­September, the Hydrographic Exped­ition of Arctic Ocean (HEAO) headed by the captain 2nd rank Boris Vilkitsky opened a land unknown until then to the north Taimyr peninsula.

After a proposal by Boris Vilkitsky it was named Emperor Nikolay II Land. In 1926, the Soviet Government gave it the new name Severnaja Zemlja (Northern Land).

It is so successful that a new book Expedition of a century was issued to mark this anniversary. The authors are: HEAO participant hydrographer and oceanographer Nikolay I. Evguenov (1888-1964) and polar oceanographer Valery N. Kupetsky (1929-1999). The technical editor of the book was HSR member Svjatoslav N. Mishin. The book was issued by the Russian State Arctic and Antarctic museum.

The book tells the HEAO history on icebreaking steamships Tajmyr and Vaigach in 1910-1915. Participants of this expedition not only discovered Emperor Nikolay II Land (36700km2.) and some islands, but also proved to be an opportunity to navigate from the East to the West by the Northern maritime way from Vladivostok to Arkhangelsk in one go. The 350 pages of the book contain documents, diary records and unique photos.

To mark the 100th anniversary of such an important event and to underline the fact that geographical names are memories of culture, HSR council member Viktor Rybin decided to initiate returning the historical name to the discovered land. Furthermore, it would be a tribute to the participants of expedition and would restore their rights as first discoverers. He will try to achieve this with a group of HSR members.