From Concept to Practice 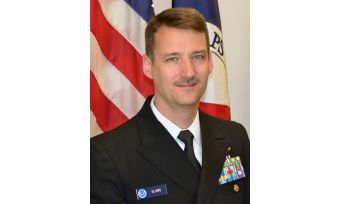 There is definite appeal to the concept of crowdsourced bathymetric data. But from where I sit as a National Hydrographer and nautical chart producer, the issues around using crowdsourced data are complex. Data quality, data processing and liability are at the top of this list. Looking into the future, we need to take a measured approach to accepting third party data for use in nautical charting to help fill in the blanks.

Crowdsourcing seems to be a great solution to the problem of nearly every national hydrographic office: too much water and not enough mapping resources to survey comprehensively. Maxim van Norde and John Hersey accurately summed up the US situation in the November 2012 issue of Hydro International – a huge EEZ mandate that will take centuries to survey properly at current National Oceanic and Atmospheric Administration (NOAA) capacities. So on its face, outsourcing data acquisition to volunteers with some acoustic and GPS positioning capability (now aboard so many ships and recreational boats) is very appealing.

However, navigation safety depends on data quality and accuracy. Hydrographic surveying is a rigorous, professional engineering discipline. NOAA charting products are compiled from high-quality, standards-compliant hydrographic survey data, since the chart will never be better than the data that went into it. A cadre of willing but untrained volunteers using uncalibrated equipment of differing quality, with unknown software and algorithms, under varying operating conditions and gathering incomplete supporting and metadata is not a substitute for controlled measurements.
Data processing is also an issue. Once collected, hydrographic survey data is processed using consistent and standard methods to arrive at a final answer and charted to help mariners to make sound navigation decisions. This is a labour-intensive process in which human judgment is intentionally applied. Experience has shown that feeding non-standard sources into this process explodes the labour required far beyond whatever NOAA could ever hope to afford. NOAA is not at all averse to accepting third-party data, but based on experience, we have found that accepting random data is costly and inefficient.

Finally, there is the issue of liability. The Federal Tort Claims Act permits private parties to sue the United States for torts committed by persons acting on behalf of the United States, e.g. for errors in hydrographic surveying and nautical charting. But who would be held accountable for errors in crowdsourced data? Are the volunteers willing to accept such liability? Certainly the United States, through NOAA, is not able or willing to indemnify the uncontrolled collectors of crowdsourced bathymetric data. Yet those harmed have the right to be made whole.

Does this mean we are doomed to a backlog of unsurveyed critical areas? Not necessarily. In spite of the barriers, the public’s interest in crowdsourcing hydrographic data is good news. It reinforces NOAA’s assertion that more needs to be done to ensure safe and efficient waterways. At NOAA, we are working now on establishing a network of ‘trusted partners’ where we have sufficient control and standards for quality data. We also see ‘trusted systems’, similar to the VOS (Volunteer Observing Ships) programme, as another approach. And, we also envision a coastal mapping database into which trusted partners and crowd-based service providers could put their bathymetric data for selective uptake by hydrographic offices as an approach to reduce risk and make progress in global charting.