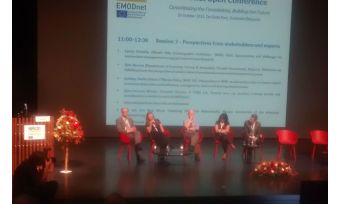 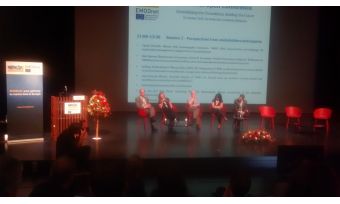 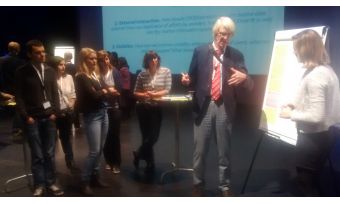 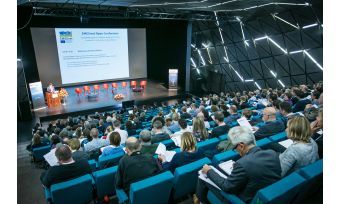 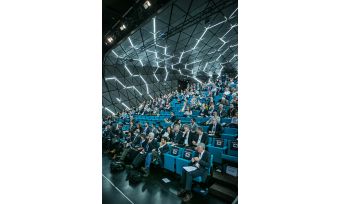 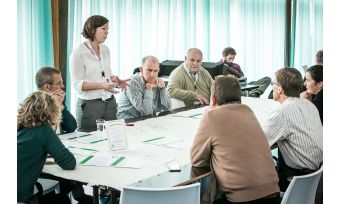 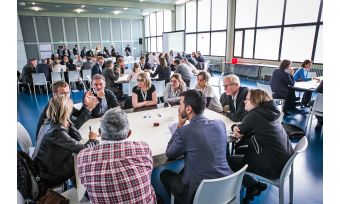 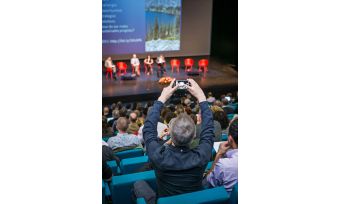 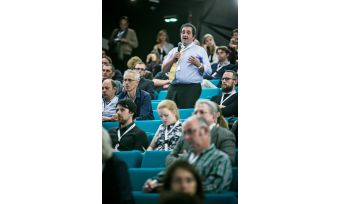 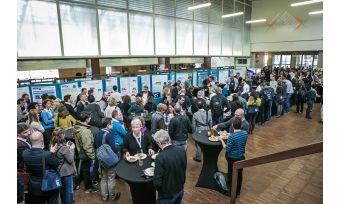 The EMODnet Open Conference took place in Ostend, Belgium on 20 October 2015 and aimed to connect the 350 users, data providers, politicians, industry members and other stakeholders from Europe. The delegates received an update of the project from various angles and were able to see what has been achieved over the past years. The speakers emphasised the importance of sharing data and insights to increase the quality of the EMODnet offerings, thus contributing to the blue economy.

In his opening address, Belgian Secretary of State for the Sea, Bart Tommelein, emphasised the importance of the blue economy as he expected growth. He mentioned that 90% of all raw materials and end products are carried over sea at some stage. He saw opportunities if local governments make local data accessible, and also available to citizens to add to them. Open marine data can the industry money, and so release funds for research and to create jobs, he added.

João Ferreira, Member of European Parliament, gave an insight of the discussions in Brussels, where the aim is also to increase the potential of the blue economy through availability of data and research. Data should be open for the public domain as a general rule, he emphasised. He saw the lack of skilled workers at all levels as a challenge and a hurdle for the blue economy in achieving its goal.

Matthew King of DG Mare saw the blue economy as a hidden gem. It is possible to have an interesting career at sea, and research is the cornerstone of the blue economy and a key to marine resources. Open data like those in EMODnet are important. He mentioned that there are also big projects in China and the USA to develop coastal areas and their economy. He was keen to know how EMODnet’s visibility could grow and how it could improve itself for the users.

IOC Secretary General Vladimir Ryabinin took a global perspective of the data and demonstrated the uses of global data aggregators for science and research. It was obvious that EMODnet fits in and he stressed the importance of these sources working together to make all the data accessible.

Updates from various EMODnet projects followed these keynote speakers, demonstrating integration of bathymetry data into GEBCO -  various sources of data that can be integrated for habitat data mapping and how the data quality could be checked and monitored – to name but a few applications. In addition, the human interpretation and derivatives of the data is a relatively new activity that has already been able to show interesting products.

Building on the Foundation

Discussions took place in the afternoon on how EMODnet could be further improved. The sessions were interactive and aimed to generate useful and practical solutions to build on in the near future.

This one-day conference was a part of a week-long event dedicated to discussions and meetings for special interest groups. The message was clear: the funding of EMODnet should ensure the continuation and extension of the basis that has been laid – and all organisations and businesses collecting data are encouraged to contribute to the dataset. 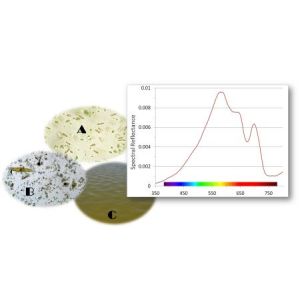 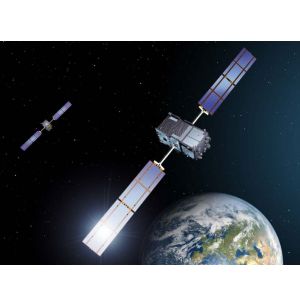