The World Deepwater Market Forecast, published by energy analysts Douglas-Westwood, forecasts continued growth in the deepwater sector with annual expenditures reaching over USD24.6 billion by 2012. In this article, the authors present the key findings of the study.<P>

The underlying driver for all offshore activity is growth in global energy demand – which, for the medium term at least, means demand for hydrocarbons (predominantly oil and gas). Over the long term, the trend towards increasing energy consumption is clear. Global annual energy consumption has more than tripled over the past 50 years, driven mainly by demand growth in the developing economies (particularly China in recent years). Since China began its recent phase of economic development in 1991, its oil consumption has grown at a rate that has eclipsed all other users.

Despite improvements in energy efficiency, population growth in developing countries is expected to maintain an upward pressure on demand. Deepwater exploration and production (E&P) activity is driven by a variety of supply-side and demand-side factors, including:
1.growth in global energy demand
2.the lack of new opportunities onshore or in shallow waters that can meet this demand
3.new technological advances that improve technical and economic feasibility of deepwater developments.


A future peak in world oil supply is inevitable; the only question remaining is the date that this will happen. The implication of this supply scenario for the global energy markets is that we will expect to see a sustained increase in oil prices as supplies tighten in the run-up to the peak year. This will impact on deepwater developments to the extent that they will become more economically viable as the oil price rises. Developments that were marginal at USD20/bbl will undoubtedly be more vigorously pursued in an environment where the long-term expectations of oil price are USD60/bbl and upwards.

Long-term Growth Expected
Deepwater is developing into a long-term growth sector and in recent times this has considerably benefited the financial performance of suppliers to the sector. Deepwater oil and gas production is increasing rapidly and output is expected to increase by almost 80% over the period to 2011. From 4.5 million barrels per day (bpd) in 2007, deepwater oil production will grow to nearly 8 million bpd in 2011, whilst deepwater gas production will increase from 1.6 to over 3 million bpd equivalent over the same period. To put this in context, deepwater oil production currently accounts for almost 15% of total offshore oil and gas production, but over the next few years its total share relative to shallow water output will grow – accounting for around 20% of offshore production by 2011 (source: The World Offshore Oil & Gas Production & Spend Forecast 2007-2011 , Douglas-Westwood Ltd & Energyfiles).

Deepwater Regions
Africa is expected to be the leading deepwater development area over the 2008–2012 period, accounting for nearly 40% of the global deepwater spend. Since the first brace of deepwater ‘elephants’ – Shell’s Bonga on OPL 212 off Nigeria and Total’s Girassol on Block 17 off Angola, discovered in the spring of 1996 – Africa has emerged as perhaps the most significant deepwater region in the world, with some stunning successes. The first floating production system to be installed in African deep waters was Total’s landmark Girassol project off Angola in 2001, and this was followed by ExxonMobil’s Xikomba in 2003 and then Kizomba A’s tension leg platform (TLP) and floating production storage and offloading (FPSO).

There are a variety of deepwater development prospects on-screen for the period to 2012, including Shell’s Bonga South West and ExxonMobil’s Bosi projects, Chevron’s Agbami and Total’s Akpo and Usan/Ukot – all of which are located off Nigeria. In Angolan waters, BP is making good progress with its Greater Plutonio development in Block 18 with additional development plans for the series of discoveries in Block 31. ExxonMobil is developing the Mondo, Saxi and Batuque discoveries within the Kizomba C FPSO development. In addition, Norsk Hydro and Sonangol are developing the Gimboa field and Chevron the Negage field, both via FPSOs.

With so much activity occurring off Nigeria and Angola, it is easy to overlook Egypt’s emerging deepwater status. In the West Delta Deep Marine (WDDM) concession, Burullus Gas has enjoyed some spectacular exploration successes and, with the Saffron/Scarab development, has subsequently established itself as one of the industry leaders in the adoption of subsea production technology. The development marked Egypt’s first subsea completion, not to mention one of the world’s longest subsea tiebacks. Further west, the Amerada fields (formerly operated by Apache) have a 25-year lease and sales agreement that will allow the development of the Abu Sir, El Max, El King and Al Bahig discoveries to go ahead.
The Latin America region is dominated by Brazil in terms of deepwater activity. National operator Petrobras has established itself as a pioneer in the use of innovative technology to achieve production from water depths in excess of 1,800m. The operator is continuing with its development of the Roncador, Marlim Leste, Marim Sul, Jubarte and Albacora Leste fields, whilst perusing newer finds such as Golfinho. Overall, the region is expected to account for nearly 20% of deepwater development capital expenditure (capex) over the 2008–2012 period.

With a few notable exceptions, deepwater fields in the US Gulf of Mexico tend to be smaller than those in other deepwater ‘hotspots’ such as Brazil or West Africa, for example. The region’s extensive offshore infrastructure, in the form of production platforms and export pipeline networks, and the relative proximity of supply and service centres have a significant influence on E&P activity, turning otherwise marginal prospects into viable commercial propositions. These factors also mean that project lead times tend to be shorter than in other regions.

In addition, the use of subsea tiebacks to floating production systems has resulted in ‘hub and spoke’ developments, allowing production from several small (otherwise uneconomic) fields to go ahead, produced via a single floating production system. An example is the Atwater Valley Producers’ Independence Hub, a semi-submersible unit that has recently started operating from the Atlas field with additional production set to commence from a number of other fields in the DeSoto Canyon and Lloyd Ridge areas including Spiderman, Jubilee, Merganser, Vortex and San Jacinto Atlas NW. Petrobras is also set to operate an FPSO to receive production from the Cascade and Chinook fields.

The North America region is expected to account for over 25% of deepwater development capex over the 2008–2012 period.
Asian prospects are centred around Indonesia, Malaysia and India, and include Chevron’s Gendalo and Gehem/Ranggas developments offshore Indonesia and Murphy’s Kikeh and Shell’s Gumusut off Malaysia.

The ‘golden triangle’ of deepwater, namely the African, Gulf of Mexico and Brazilian areas, will still account for 84% of global deepwater expenditure over the forecast period, but the rapid emergence of Asia as a significant deepwater region should not be overlooked. Indonesia, Malaysia and India all have development prospects on screen for the 2008–2012 period and the region should account for 10% of deepwater capex during this time.

Deepwater Components
After the drilling and completion of subsea wells, an activity that is becoming increasingly expensive in areas such as the US Gulf of Mexico, it is pipelines and platforms that form the main remaining spend for deepwater developments. Advances in technology, particularly in mooring systems and innovative hull designs, are allowing production from greater water depths to be viable on both a technical and economic basis.

Over the next five years, some USD28 billion is likely to be spent on deepwater floating production systems, USD38 billion on drilling and completing subsea wells and USD32 billion on flowlines and control lines, while subsea hardware and surface completed wells could account for a further USD10.5 billion.

The deepwater ‘shopping list’ for the forecast period includes over 1,270 subsea trees, 300 templates and manifolds, 68 platforms and nearly 13,000km of pipelines. Annual expenditure in the deepwater business is expected to reach USD24.6 billion by 2012, with the overall spend for the 2008–2012 period totalling USD108.2 billion.

Conclusions
We forecast that the deepwater sector will continue its growth trend to 2012. Regionally, the focus for development activity will largely remain on the deepwater ‘golden triangle’ of Africa, the Gulf of Mexico and Brazil, with the expectation of Asia emerging as a sizeable new opportunity. Three main elements dominate the deepwater spend over this period, namely: platforms, pipelines, and the drilling and completion of development wells. 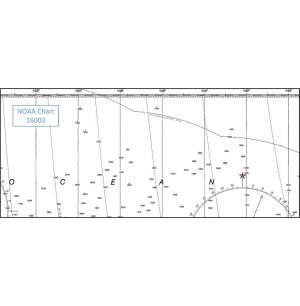