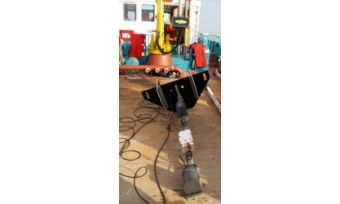 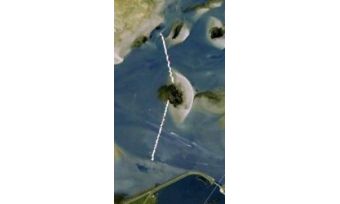 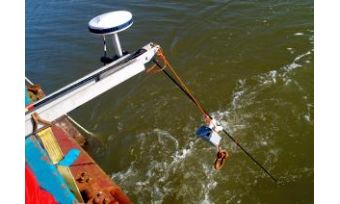 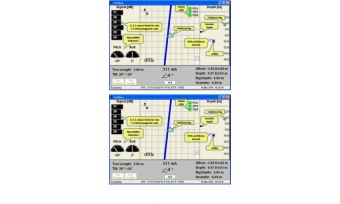 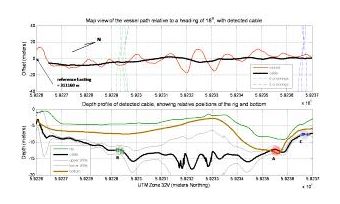 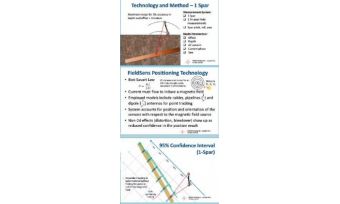 Burying utility cables under the seabed in shallow water environments to ensure cable safety is accelerating because of green power generation initiatives and the relative ease of securing permits to lay cable in rivers or estuaries compared to onshore right-of-ways. In locations with shifting sands and bottom profiles, verification that the utility line remains covered is often required. A new remote sensing method has been developed to accomplish depth-of-cover utility surveys at greatly reduced cost. Maintaining underwater utility infrastructure varies with water depth. ROVs are generally used in deep water. In less than 50 metres, such as nearshore, estuaries, bays, lakes, canals, and rivers, commercial divers or vessels equipped with probing equipment are employed, most often deploying conventional electromagnetic locating equipment close to the underwater utility. Both methods are relatively costly. Now an alternative new method offers reduced time and cost.

Electromagnetic cable tracking is based on the detection of a magnetic field, which is generated when a low frequency electric current is placed on a metallic element or the shield of a cable. Traditionally, these methods require bringing underwater receivers close to the utility, and then finding special points in the electromagnetic field, known as the ‘peak' or 'null' of the emitted signal. Once such special measurement points are known, the position and sometimes the depth can be inferred. Conventional methods to confirm cable position using electromagnetic equipment typically require a diver to work in close proximity to the buried cable to find the peak and null of the signal induced in the cable.

Advanced Electromagnetic Locating
Field tests of a new towed remote sensing instrument, called FieldSens, demonstate that the 3D geoposition of an underwater utility cable can be located in significantly less time and at lower cost. This technology is based on the optimisation of data from a variety of sensors against a physical model of the magnetic field expected from a utility cable [See sidebar technology description]. The effects of ground conductivity and field distortions are accommodated in the real-time data processing. This ‘model-based' method eliminates the need to bring the measurement equipment to specific points related to the utility cable or pipe in order to determine the position of the cable. The FieldSens system need only be in the approximate vicinity to calculate position with appropriate level of confidence. The system uses two 3D magnetic field sensors, a tri-axial accelerometer and a digital compass to identify the offset, depth, current, and yaw angle to the underground utility or sonde regardless of its position in the radiated field. In combination with the Ashtech Proflex 500 GNSS receiver, automatic positioning occurs even from the side of the actual utility.


When the results are transferred to a GIS database, a history of such maintenance can be developed over time to determine expected areas for coverage renewal operations.


The new towed system eliminates the need to find special points, first by guiding the operator to the targeted utility from up to 40 metres away, and then accurately determining the 3D position of the line from up to 9 metres away, from any arbitrary towing direction. Furthermore, error estimates of the positioning are available, allowing real-time verification of the cover when the utility depth is compared to the sounder-based bottom depth.

Wadden Sea Case Study
In the Wadden Sea off the north coast of the Netherlands, an underwater power cable between the mainland and Schiermonnikoog Island was installed 30 years ago. Strong tidal currents and storm action in the area affect the bottom profile in this area, often resulting in changes in the bottom topography. Over the years, the cable cover has been checked annually, so accurate information is available to judge the performance of the new system.


The total cable crossing is 6km, with much of that distance in very shallow water less than 2 metres deep. The new system was used on the 3.5km section shown in Figure 2, with a depressor wing to maintain stability and tracking of the towed rig in the deeper sections of the crossing (ranging up to 13 metres). For shallow underwater surveys, the system was affixed directly to the boat.


Integration of the field measurements with other sensors was graphically presented on the console, which is also used by the vessel's skipper to maintain a course in the direction of the cable. Figure 4 is a representative snapshot of the console interface during cable tracking. The triangle at the centre of the map display represents the towed rig as it moves through the water near the cable, which in this case is 3.7 metres to the left. An alternative view from the underwater perspective is shown on the right side of Figure 4, which simultaneously presents the rig ('+' symbol) at 4.6 metres, a black triangle representing the bottom depth (6.8 metres), and the cable depth (10 metres). The 95% confidence interval is shown as a box surrounding the cable. In this case, the estimated error is ±46cm horizontally, and ±63cm vertically, well within the difference between the measured bottom and cable depths. Thus the cable has adequate depth-of-cover at this location, which must be greater than 80cm.

Results
Using analysis tools after the main channel crossing, Figure 5 was generated. The map view (upper plot) is skewed by a ratio of 5:1 to accentuate the offset of the vessel's path from the nominal direction of the cable. Observe that over the total distance of 1.1km represented in Figure 5, the vessel (red trace) generally stays within range of the cable (dark trace) by less than ±15 metres. Referenced to the surface, the bottom depth in the channel is seen in the lower plot (brown trace). The rig depth (green trace), cable, and error estimates are also shown. To optimise detection performance, the operator of the system raised and lowered the rig roughly corresponding to the bottom topography, as determined from the information presented on the console (Figure 4), using a motorised windlass deployment device.


There are three areas of particular interest in the depth profile (skewed vertically by a 20:1 ratio). In region A, a 95% probability exists that the cable is exposed at depth 12.5 metres. In regions B and C, two sets of cable crossings were performed (dashed lines in the upper plot), wherein the vessel towed the rig transversely to the cable instead of in the direction of the cable. This allows comparison of repeated cable offset and depth measurements at the same location and provides information on the quality of the results.

The new method used by the FieldSens Spar eases the collection of underground utility infrastructure points. A transmitter is connected to the targeted line where accessible above water, and an electric current is send trough the cable. The FieldSens system is towed within the emanated magnetic field generated by the current placed on the cable. Low frequencies (often less than 1000 Hz) are preferred, to minimize coupling of the signal between lines and to reduce the effect of seawater conductivity.
Once the system provides a fix on the targeted cable or pipeline, the user need only follow a path in the approximate direction down the lay of the line - as directed by the user interface. The method provides stable fixes to the target even when it isn't possible to move over the peak or null of the magnetic field. This is graphically shown in Figure 1.

The accuracy of the tracking algorithm is determined by the separation distance between the two magnetic field measurement sensors (on either end of the spar) and the distance between the sensors and the line. A rough rule of thumb is that the 95% confidence interval is achieved for a range of six times the separation distance between the sensors. Of course, this assumes that only the geometry of the setup defines measurement accuracy and the connected transmitter imparts enough AC current on the line for adequate signal strength at the receiver. Given this assumption, the limit of accurate measurements is approximately 9-meters radial distance from the spar center to utility line for the 1.5-meter long FieldSens system.
Within this range, the system continuously outputs estimates of utility line offset, depth, AC current magnitude and phase, and yaw angle of the spar with respect to the utility.

The uncertainty in the position estimates are also derived from the model-based positioning method. All position measurements are presented with standard root-mean-squared (RMS) expected error limits. These limits result from the method of comparing field measurements to the expected behavior of the field as dictated by the chosen model. As might be expected, the larger the separation distance of the spar from the targeted utility or sonde, the larger will be the uncertainty in positioning. This diagram shows how, the uncertainty reduces as the system is moved alongside the utility line with decreasing separation distance. 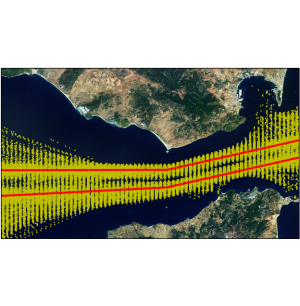 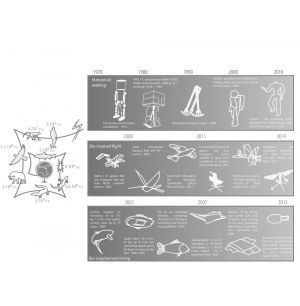