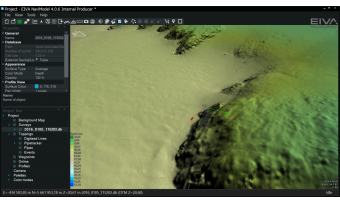 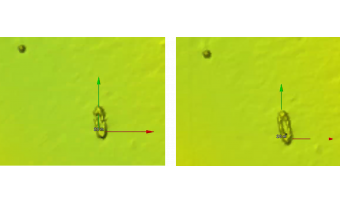 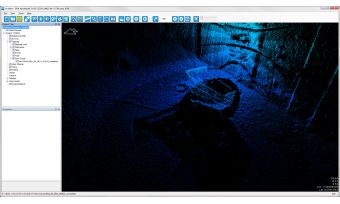 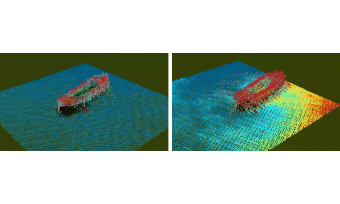 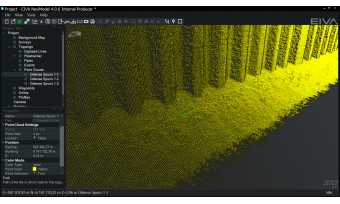 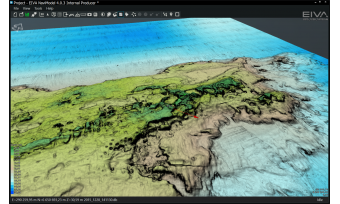 The multibeam echo sounders available on the market are constantly evolving as technology advances and as sonar producers seek new ways of refining and utilising the products. In this article we will provide a snapshot of current products and trends from the dominant (high-end) sonar producers focused on survey-grade products.

The neverending trend of getting higher resolution sonar systems is battling the physics of acoustics.
Over the past several years, the battle for best-in-class multibeam for medium water depth has been between the Teledyne RESON SeaBat 7125, the Kongsberg EM 2040/2040C and the R2Sonic Sonic 2024. Each has its own strengths, benefits and loyal followers, and all offer similar resolutions of around 0.5×1.0 degrees – all three are great sonar systems. These sonar models are still being further developed, with new options becoming available.
R2Sonic has just released their 2026 Sonic model, which offers 0.5×0.5-degree resolution (i.e. a better along-track resolution). We have not seen data from the sonar yet, but it seems interesting.
For very short range detection, there are several high-resolution options. One worth mentioning is the Teledyne BlueView BV5000, which is a sonar operating at high frequencies 1350-2250 kHz compared to the typical 400-700kHz. The BV5000 is focused on close-up scans (10–20-metre range) of structures.

Many multibeam echo sounders are being used in short, shallow water surveys of harbours, waterways, etc., where easy mobilisation is very important, and several of the producers have focused development on exactly this – units that are as portable as possible and ‘all-in-one’ when it comes to GNSS (GPS) and motion sensor.
NORBIT offers the WMBS/iWBMS, which has an exceptional small form factor while still offering 0.9×1.9-degree resolution. The WMBS is available with built-in high-end GNSS and INS (Applanix POS MV), so mobilisation is very quick, with no complex offsets or angles to measure.
The Teledyne RESON SeaBat T20-P was introduced a couple of years ago and has been very popular as a portable sonar. The recently released SeaBat T50-P offers a portable package with specs (0.5×1 degrees) nearing those of the SeaBat 7125. Both the SeaBat T20-P and the SeaBat T50-P are also available with integrated GNSS and IMU, making mobilisation simple.
From R2Sonic, the Sonic 2020 (2×2 degrees) is a very small form factor sonar offering good results, and the Sonic 2022 (1×1 degree) is also among the smaller sonars in the market. Both are available with built-in INS.
Kongsberg’s M3 is another IHO S-44-grade multibeam, which performed very well at the 2015 Shallow Survey conference in Plymouth, UK. The M3 is both an imaging sonar and a bathymetric/profiling sonar and offers 3-degree beam for point cloud generation.
Another highly portable 2×2-degree sonar with the option for built-in IMU and GNSS is the Teledyne Odom Hydrographic MB2. We have not yet seen data from the MB2.

The different technology applied for a side-scan sonar and a multibeam echo sounder means that for truly great data you need both a good side-scan sonar and a good multibeam – but the combination of getting bathymetry (depths) and intensity data (image) from a single instrument is of course a focus of development for both the traditional multibeam manufacturers and the side-scan sonar manufacturers.
Multibeam producers call this ‘backscatter’, and you can find it in most of the Teledyne RESON, R2Sonic, NORBIT and Kongsberg products, where it has been offered for several years alongside its related feature, ‘snippets’. Backscatter data are not of side-scan sonar quality, but are still useful for, for example, seabed classification, i.e. identifying the type of seabed (sand, rock, etc.).
New products come from the high-end side-scan sonar producers – Klein Marine Systems HydroChart 3500 and EdgeTech 6205 are both combination products that offer a great side-scan sonar image with a useful bathymetric data output. These are definitely interesting products because of their very high swath (8–12 times water depth) and therefore have a much faster survey area coverage than pure multibeam. This makes the products ideal for river surveys or just large area surveys – as long as you do not expect bathy data comparable to data from the best multibeam echo sounders.
Not strictly speaking about multibeams, the GeoSwath and Bathyswath products also offer very high swath up to 12 times depth. These are typically used for river/channel surveys.

The race for broader coverage (swath) is resulting in multi-transducer multibeam products.
• Two heads – Having two transducers (heads) simply gives double the coverage by angling the heads for better swath/coverage or inwards for higher point density e.g. each side of the vessel/ROV pointing slightly inwards for scanning of both sides of a pipeline.
• Three heads – For pipeline inspection jobs, it is often seen that two heads are used to cover the seabed to the sides, and a higher frequency sonar (or subsea laser) is used to cover the centre (i.e. the pipe in great detail).
• Four heads – Yes, we have seen this as well. For example, the Kongsberg EM 2040C comes in a quad-head configuration, where the TX and RX arrays are separated for optimal performance/placement (so actually, a 2 × dual head sonar).

All the producers are looking for new ways to use the equipment, and there are always new buzz words.
• Water column: Multibeam echo sounders for bathymetric surveys are interested in the hardest return signal (i.e. the seabed), so traditionally, the return signals in the water column have been considered as noise. In many cases, it is just that (i.e. noise), but for some applications, it is useful data. Examples are plumes of gas and fish (fishing sonar systems are mainly water column sonar systems). Water column data are huge, so it is not something you simply record on every survey without needing to. Deployment for water column data recording is also often a challenge – mounting a moving sonar to cover an area for gas leaks requires a tripod, pan, etc. Water column data are typically not used for ROV inspections – there is rarely anything in the water column in the short distance from the ROV to the pipe.
• Multi-detect: Being able to return more
than a single point from a ping is actually useful when, for example, surveying an area with fish in the water column and still needing to get a return from the seabed, or when surveying a wreck with protruding masts, where a single point would generate a spike in the data rather than water column data.
• Pipe detection / pipe tracker: Being able to detect a pipeline directly in the sonar and return top of pipe track. This is of course only useful when the pipe is exposed, in which case the multibeam points themselves give a much better representation of the pipe with higher density – and when the pipe is buried, a pipe tracker is needed anyway.

The general trend is ‘you get what you pay for’, and when talking about multibeam echo sounders, you will not regret spending the extra money if budgets allow.
There are a number of producers worth mentioning in this perspective:
• NORBIT - have a series of mid-high range products that are different from the norm.
• Imagenex - have been in the mid-range sonar beam market for a long time and have a variety of very special sonar systems for special purposes.
• Tritech - have just announced the Gemini 620p (1×1 degree) 620kHz sonar.
• WASSP - produce a huge number of lower-priced sonars for yachting/fishing and have launched their new 224-beam IHO 1a-compliant sonar at a very affordable price. We are beginning to see the first datasets from this sonar (see Figure 6) and it suggests a sonar suitable for low-cost area survey.

What? That is not sonar! True, but looking at the ROV-based inspection surveys for pipelines, rig foundations, etc. in particular, the use of subsea laser / Lidar is rapidly increasing.
Products like the 2G Robotics or Cathx Ocean subsea laser scanners can be used just like a multibeam – the technology is different, though. Both products will build a relative point cloud (range/bearing) in ultra-high (millimetre) resolution – much higher than any acoustics-based product. The challenge is range and conditions – subsea Lidar / lasers require visibility (i.e. clear water) – if you can see it, you can scan it. So do not consider a laser for dredging operations or scanning murky river/harbour water. Use it for clear water (deep, tropical, or Nordic winters etc.), where the results are fantastic.

EIVA has been involved in multibeam technology since the early days of commercially available multibeam echo sounders, with the first acquisition software made by EIVA for the Teledyne RESON SeaBat 9001 back in 1993. Since then, EIVA has been offering sonar acquisition and processing software independently of, but in close collaboration with, the different sonar producers, thus having a unique insight into most of the available products and ongoing developments.