Is the Paperless Bridge a Hazard to Navigation? 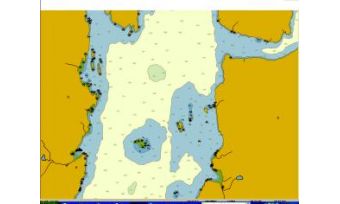 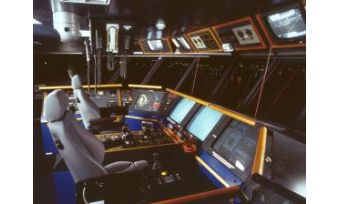 Hydrographic data is at the core of ECDIS. The International Hydrographic Organization (IHO) is of the opinion that the quantity and coverage of good hydrographic data around the world is mostly unsatisfactory. Meanwhile, the overall hydrographic data acquisition capacity of its member States is declining. Is there a proper appreciation of the quality and reliability of the data behind the image displayed on the screen? Does the digital presentation of nautical charts give a false sense of security? The paper chart or Raster Navigational Chart (RNC) displays all safety critical navigational information at once. The Electronic Navigational Chart (ENC) is a database which enables the navigator to selectively build a virtual image on a base map to suit the dynamic situation. Uncritical acceptance of the reliability of the core data is potentially problematic.

Status of hydrographic surveying and nautical charting worldwide does NOT justify unqualified confidence in ECDIS. Mariners need to allow for the limitations of legacy survey data by constantly monitoring their position relative to the uncertainty of the charted information. The IHO has also cautioned that there are anomalies both with ENC data and many ECDIS platforms.

In the January/February 2012 issue of Hydro International, Robert Ward set out the status of hydrographic surveying and nautical charting worldwide:

(a) The recent focus on ECDIS and ENC coverage by the IMO and by mariners more generally, has drawn particular attention to the state of many charts around the world. They are based, in many cases, on old or inadequate hydrographic information and there are still many areas where there is no data available at all.

(b) Overall hydrographic data acquisition capacity is declining, and coastal States in some of the less well charted parts of the world, do not yet have satisfactory arrangements in place to ensure that surveys are carried out in their waters.

The importance of ensuring the accuracy of charts used by passenger cruise lines is recognised by NOAA. In 2012, surveys are scheduled for the Alaskan coastline transited by a major cruise line, ferry routes and other commercial transit areas in the Gulf of Alaska. In the Mozambique Channel SHOM has undertaken deep water route and harbour approach surveys and Lidar bathymetric surveys of islands and associated shoal features. Under an MOU for Hydrographic co-operation an Indian navy survey ship deploys to Mauritius annually.

An alternative technique is satellite bathymetry using high-resolution multi-spectral imagery. This technology is subject to the same environmental limitations as Lidar; but accuracies degrade rapidly with increasing water depth and acquisition of reliable depth data is restricted to the 0 - 20m depth range. Accuracies are ± 4m (horizontally) and 10% of water depth (vertically) but can be refined if good survey control is established/available.

Categories of Zones of Confidence (CATZOC)

CATZOC allows a hydrographic authority to encode data against five categories (ZOC A1, A2, B, C, D) with a sixth category (U) for data which has not been assessed. The categorisation of hydrographic data is based on three factors (position accuracy, depth accuracy and seafloor coverage), as specified in IHO publication S-57.

Assessing Accuracy and Reliability of Charts

Prior to the introduction of electronic position fixing systems, the accuracies available to the surveyor were not significantly better than those achievable by competent mariners taking a fix in sight of land. For ocean navigation both were equally reliant on astronomical fixing. Thus the chart user of the mid-20th century would have been aware of the limitations in the portrayal of charted features and acted accordingly. Survey ship positioning gradually became better than that of other vessels and continued to do so until the removal of Selective Availability from GPS in 2000. Thus for all but CATZOC A1, the ship’s position in ECDIS is potentially more accurate than significant features on the chart. Navigators who fail to allow for this when passage planning do so at their peril.

Prior to 1935, soundings were obtained by lead line or sounding machine and the lead line was retained for boat sounding until about 1950. Consequently, only spot soundings could be obtained with errors introduced by the nature of the bottom and verticality of the line. The single beam echo sounder provided a continuous depth profile and anomalous soundings on adjacent lines could be investigated.

The adoption of side-scan sonar in the 1970s meant that surveyors could be more confident that dangers between lines had been detected. When found they could be examined for least depth and in depths less than 40m any wrecks would usually have been swept by wire sweep. From about 2000 onwards, ship sounding was with swathe systems; full seabed coverage became possible and the least depth over significant objects obtained. Where conditions allow, Lidar bathymetry can be very effective for shallow-water surveys but total seafloor coverage cannot be guaranteed and some small features may not be detected.

A chart is an assumed model of the seafloor. It relies mostly on remotely sensed data, requires judgment to compile, is difficult to verify and may be incomplete. Consequently no chart is infallible; it only reflects what is known and reported. Reliability depends on the age, accuracy and completeness of the source information.

Individual charts combine separate surveys which vary in age and quality, due to changes in technology. Priority for surveying is given to the major shipping routes.

Consequently, an essential requirement for mariners is the ability to interpret the various quality indicators e.g. CATZOC in ENCs. Information on survey methods, chart compilation, horizontal datums and CATZOC is provided in e.g. the UKHO Mariner’s Handbook. In combination with associated Sailing Directions this makes the best guide available to mariners on the reliability of charts. There is evidence, supported by accident investigators’ reports, that these critical supplementary sources are not generally being consulted.

The ZOC concept attempts to overcome this problem; but creates potential liability issues for Hydrographic Offices (HO). It also imposes a significant work load which not all HO are sufficiently resourced to undertake satisfactorily.

ENC have the same or greater content than paper charts, but look a little different. A base level of information is always displayed but many of the other features exist on separate layers. As ZOC is primarily required for passage planning and the symbols are intrusive, this layer can be switched off. Other safety critical data can be configured to trigger an audible alarm to warn of the approach to danger. Comprehensive system knowledge is required to make correct use of this facility.

Some System ENCs do not correctly display safety critical features. This is due either to anomalies with the ENC data or the ECDIS equipment.

With the former, when isolated shoal depths are encoded in a particular way i.e. shoaler than the range of depth of the surrounding depth data, they will not display when operating ECDIS in Base or Standard display mode.

Isolated shoal soundings may not trigger anti-grounding alarms in any mode of display. The system may be unable to recognise isolated land areas in sparsely surveyed areas containing little bathymetric information.

This led to IHO creating a test dataset to check ECDIS performance. The checks cover:

Such checks have revealed shortcomings in some manufacturers’ systems being used at sea, particularly in older systems.

Installation of ECDIS in all classes of vessel, particularly larger passenger ships, is anticipating the mandatory carriage schedule. There are vessels at sea with a type approved ECDIS that will not pass the recent IHO checks based on the latest IMO requirements, especially those relating to the safety of navigation. There is a requirement for comprehensive initial training in ECDIS operation and for structured continuation training that acknowledges the full impact of electronic navigation.

Commercial pressures within the cruise industry mean ever larger vessels venture into exotic and poorly charted locations. ZOC is not a well implemented feature in most ECDIS and many users fail to account for the limitations of charted information.

Thanks are due to Joe Collins of C-Mar for ‘walking trough’ the TRANSAS ECDIS Demo with the author and undertaking a peer review of this article and to Malcolm Instone of ECDIS Ltd. for responding to questions and facilitating completion of questionnaires by training course participants. 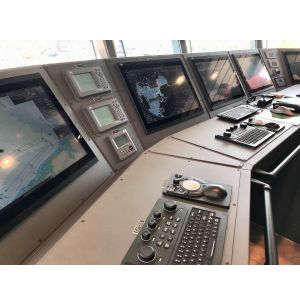 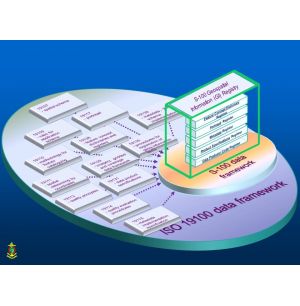