What is on the Horizon for Airborne Lidar Bathymetry? 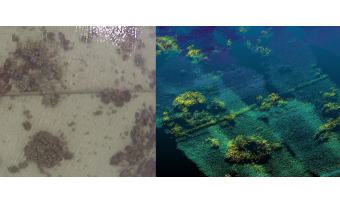 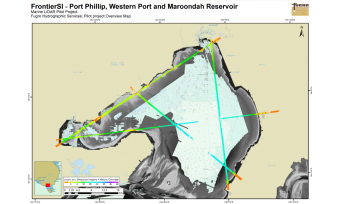 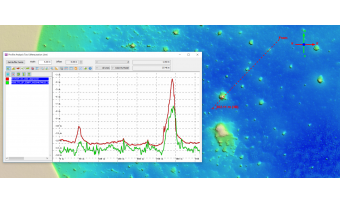 A surging interest in remote sensing and analytics has seen technology developments linked to these domains take off over the past couple of years. Airborne Lidar bathymetry (ALB) is no exception to recent innovations, especially with the growing recognition in the importance of high-resolution data to inform the management of our oceans, seabed and coastal zones. In our recent discussions with ALB manufacturers and experienced operators, several significant new developments were revealed.

The new developments include:

With the current focus on autonomy and automation, it is an inspiring time for seabed mapping, especially as a fan of ALB.

UAVs are providing a cost-effective alternative for remote, small and localized ALB surveys. With a surge in the number of UAV models and operators, Lidar manufacturers are developing lighter, more compact sensors suitable for this market (traditional sensors weigh 60–300kg). Until recently, the size, weight and power consumption of ALB sensors have not made them commercially viable for UAV operators. However, recent developments have seen a marked reduction in these system parameters, enabling UAV flight and increasing flight endurance. It is worth noting that ALB sensors on UAVs are also being used in inland waterways and estuaries. Channel volume, shallow-water pools and thalweg identification are all important features that ALB technologies are able to provide to assist waterway management. Turbidity is still a factor for depth performance and bottom detection, but with lower mobilization costs, end users are more willing to test the performance in these environments.

Fugro, RIEGL and ASTRALiTe are all examples of companies that have recently developed sensors targeted at UAVs. These can be classed into two categories: lightweight (~15kg) and ultra-lightweight (~5kg). Of the lightweight sensors, there is RIEGL’s VQ-840-G and Fugro’s RAMMS (Rapid Airborne Multibeam Mapping System) sensors, which are both swath capable. The RIEGL VQ-840-G can be installed on larger UAV platforms for both coastline and shallow-water waterway mapping. It provides returns up to 1.5 x Secchi depths. The Fugro RAMMS ALB sensor has push broom technology, which can be mounted on fixed-wing UAVs with greater depth penetration of up to 3 x Secchi depths.

In the ultralight category is the impressive ASTRALiTe topographic-bathymetric (topo-bathy) Lidar sensor, which is also swath capable. It is aimed at the broader market, having been mounted on the popular DJI Matrice 600 Pro. This first model targets shallow waters from centimetres to greater than 5m depth in clear waters (>1.5 x Secchi depth), as recently demonstrated off the coast of Oahu, Hawaii. It is extremely high-resolution, and has mapped underwater features such as piers, vegetation, rocks, coral and narrow pipelines of only 15cm in diameter (Figure 1). Another example in this category is the RIEGL BathyCopter, which is being used for bathymetric applications including shorelines and profiles of inland water bodies. It consists of RIEGL’s RiCOPTER combined with their BDF-1 bathymetric depth finder. Although this does not have swath capabilities, it does provide an ultra-lightweight alternative for measuring profiles up to 1.5 x Secchi depths. To create dense point clouds, these ultralight sensors need to operate at slow speeds and low altitudes, and so are restricted to small areas and shallow depths.

Optech, Fugro and Leica have all been targeting improvements to their higher end ALB sensors at the 3 x Secchi depth range. Of note is that the Fugro LADS HD and RAMMS can both achieve 3 x Secchi depths, with the RAMMS also achieving very high-resolution data, >6pts/4m2 (2m x 2m). The Leica Hawkeye III deepwater topo-bathy sensor can also achieve 3 x Secchi depths, with its point density capability discussed below. Teledyne Optech has recently developed the CZMIL Nova sensor, which is typical of the current push for smaller and lighter – as it is 30% smaller, 25% lighter, and uses 15% less power than the previous model, with a 2.5 x Secchi depth range.

In terms of point density, systems are still divided into deepwater and shallow-water categories. The Fugro LADS HD and the Optech CZMIL Nova deepwater ALB sensors have progressed to 1pt/4m2 (2m x 2m). Leica Geosystems has recently improved its ALB sensor’s point density by a factor of four, with the aptly named Leica 4X technology. The Chiroptera 4X (nearshore) and Hawkeye 4X (deepwater) sensors allow up to 50% in flight cost savings for typical end-user specifications, as 200% coverage is no longer required. Typical specifications of 2–4pts/m2 can now easily be achieved in a single flight line. The Leica 4X technology has the same accuracy and same turbid water performance with 10% improvement on depth penetration.

It is important for users to note that the choice of an ALB sensor for a project is based on a range of factors, and that these recent achievements in point density should not be used in isolation when selecting the best sensor for an ALB survey, especially when you need to consider factors such as depth and flying speed.

Automation in ALB acquisition, data processing, quality assurance and storage are improving efficiencies, delivery timeframes and costs. Investments across Lidar providers are being made in machine learning, and in particular in deep learning using neural networks. Training datasets are being widely used by companies to improve point cloud classification. Not only is machine learning being used to classify features such as reef, rock, sand, pipelines, wrecks, fish and so on, it is also being used to perform the data cleaning by identifying noise and artefacts in the point cloud. This significantly reduces the amount of manual processing within the ALB workflow. Machine learning is going to substantially change the quality achieved and insights gained from our ALB data and, through automation, it is starting to result in faster data deliveries. Traditional ALB projects tend to have a minimum delivery timeframe of 4–6 weeks, with the larger projects often taking 3–4 times the acquisition period to process and deliver the final data. The use of machine learning is seeking to substantially reduce this processing time by up to a factor of four, which means we will all get our data faster.

Advancements Within Recent ALB Projects in the Pacific Region

A few notable projects in this region include ALB surveys in Tonga and Niue by IX Blue and Geomatics Data Solutions, and in Papua New Guinea, New South Wales (NSW) and Victoria, Australia by Fugro. FrontierSI commissioned an ALB trial in Port Phillip and Western Port in Victoria. This project tested Fugro’s LADS HD and RIEGL VQ-820-G ALB sensors over different coastal and inland water conditions. The test flights were conducted in combination with a series of Secchi depth readings across the flight lines (see Figure 2) prior to the flights. The Secchi depths conducted over the past year will enable FrontierSI to plan the timing of future surveys, particularly when reviewing the impact of adverse weather. The results of these new sensors demonstrate an improved coverage over previous ALB surveys. There are still gaps in deep, turbid areas; however, these effects can now be factored into future ALB planning.

In NSW, Australia Fugro has just conducted a large ALB survey of the entire coastline covering more than 7,000km2 and achieving depths in excess of 40m in some areas as compared with maximums of 30–35m in previous projects. To speed up delivery, they used their ‘back-to-base’ facility to transfer the data within hours back to their processing office. Utilizing field to office data transfers on a daily basis means that companies are able to start processing their survey data sooner, speeding up the initial assessment while the field staff are still mobilized, and also moving the data into the full workflow sooner.

The Tonga and Niue ALB surveys were conducted by IX Blue and Geomatics Data Solutions for Land Information New Zealand (LINZ). This survey used the ideal combination of Satellite-Derived Bathymetry (SDB) in the planning phase and MBES to fill in the gaps. The planned use of all three technologies to complete the bathymetry acquisition expedited the ALB planning, enabled targeted ALB flight planning and provided a more cost-effective solution to the project. Most significantly, the vessel time and associated costs were significantly reduced by having the ALB data acquired beforehand. With the ALB data, the multibeam vessel was operated continuously at 9–10 knots in complete safety. The ALB surveys utilized the latest Leica Chiroptera 4X to achieve a high nominal point density of 9pts/m2 in shallow water (Figure 4). The very high-resolution point cloud, also covering the topographic areas, is enabling local stakeholders to use the data for a range of applications.

So, what is on the horizon now for ALB? What does the future hold? For the time being, everyone is being very cagey about this, which could mean we are on the cusp of some exciting new technology. We have seen the beginnings of machine learning for point classification, with further developments sure to happen. We are also sure to see the development of more compact and efficient ALB sensors capable of being mounted on UAVs, with ever improving point densities and depth penetration. We will likely see increased usage of cloud storage and processing as concerns about cost, speed and security are mitigated.

Our ‘out there’ prediction for ALB technology will be developments in edge analytics and near real-time visualization, specifically targeted at UAV platforms. Edge analytics is the next evolution of cloud computing and could see automated data processing and analysis occurring in real-time on the platform, rather than processing in the office. Edge analytics complimented by near real-time visualizations of ALB data would unlock time-critical applications that would previously have been thought inconceivable. 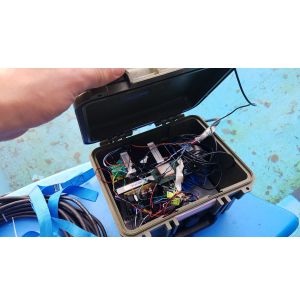 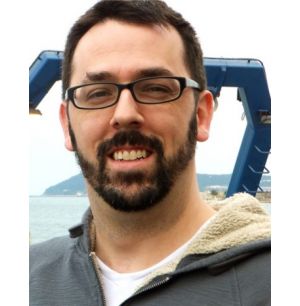 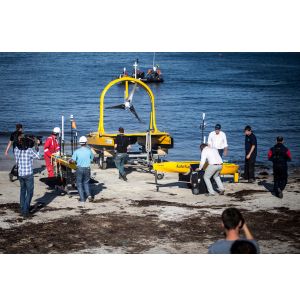