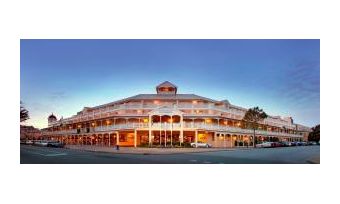 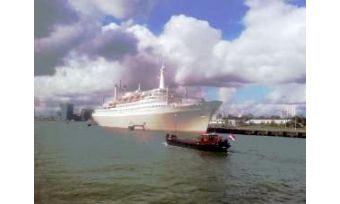 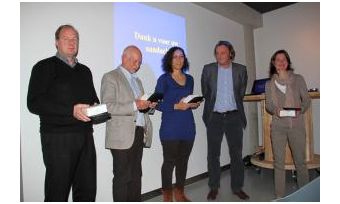 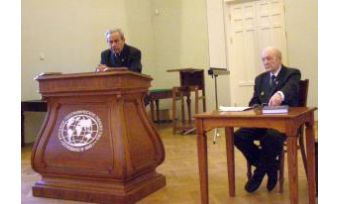 The main activity for the AHS over the past few months was the HYDRO11 Conference in Fremantle. This was a successful conference, enjoyed by all. A separate report is given elsewhere in the publication.

Prior to the conference, the AGMs for the AHS and EAR were held. Office bearers for both organisations were re-elected.

AHS Awards
The AHS has an Awards scheme to recognise the professionalism and service to our industry as well as to promote education in hydrography and related fields. The 2011/12 AHS awards are now open and the Awards timetable is as follows:

Details about the awards as well as nomination forms are available from the AHS website (www.ahs.asn.au).

Hydro12
Hydrographic Society Benelux will be organising the conference Hydro12, to be held from 13 to 15 November 2012 onboard the permanently moored cruise liner SS Rotterdam, in Rotterdam, the Netherlands. During these three days, keynote speakers, 40 oral presentations and poster presentations will facilitate the sharing of hydrographic knowledge worldwide. A call for papers has been issued with a deadline of 28 February 2012. All information and instructions for submissions have been published on the website.

During Hydro12, networking outside of the conference room in workshops and during the trade show will be vibrant. The organisers anticipate that about 40 companies will exhibit their products and services. Companies interested in taking a stand can find information and contact details on the conference website. Live demonstrations can be arranged, as is to be expected of a conference being held in the biggest port of Europe.

The entire conference will take place aboard the SS Rotterdam. The vessel has a rich history. Built in the 1950s, it took many passengers from Europe to the promised land, the United States, and sailed as a cruise liner all over the world. At the start of this century, her destiny was unclear but a group wanted to keep the SS Rotterdam and created this new use. It has now been converted into a conference centre including restaurants and hotel facilities meeting all requirements of this time. On arrival, you will have a very special and maritime experience at Hydro12!

The city of Rotterdam has direct and easy connections by road, rail, air and of course water facilitating the planning of your journey.

Workshop Geophysics
A very special and practical workshop was held on 7 December 2011 at the premises of DEEP BV, with the theme: Geophysics: practice, theory and data management?

The delegates were invited for a social event on board of a ship, sailing on the River IJ, showing the centre and new developments in Amsterdam.

Image: All presenters of the Workshop on 7 December, from left to right Rob Kok, Cees Laban, Nihed el Allouche, chairman of the day Jurgen Beerens and Mirjam Snellen.

New Book
On 10 November 2011, a joint session of the mathematical geography and cartography section of the Russian Geographic Society, the St.-Petersburg Society of geodesy and cartography and the Hydrographic Society, Russia took place in St. Petersburg. At this assembly the veteran hydrographers HSR member captain (retired) Boris Popov and captain (retired) Igor Miroshnikov presented the results of several years of work, the book The History of a sea chart of the Okhotsk Sea. The book was issued by the Department of navigation and oceanography, Ministry of Defence, Russia (448pp, 300 copies).

The book tells about the opening of Okhotsk sea in the 17th century by Russian cossacks. The first Russian surveys in the sea and the drawing up of the first charts on a scientific basis in 18th century are described as well as expeditions made by I.S. Kruzenshtern, V.M.Golovnin, G.I. Nevelskoy and the Russian-American company. It covers for the first time ever the co-operation between military seamen and scientists, from Bering’s second Kamchatka expedition until the beginning of 21st century. Data on complex oceanographic research from the 1940s to the 1990s are considered. The process of chart creation from the the creation of the first charts up to the end of 20th century is described. An estimation of the accuracy of these charts is given.

In the hall, hydrographers, geodesists and experts from other related sciences were presented. Authors of the book not only talked about Russian trailblazing research but also about their own experience of the performance of the hydrographic survey in the Okhotsk sea. In a discussion that followed, the HSR members V.G. Smirnov, V.Y. Ustinov and A.A. Lebedev talked highly of the work of the authors.

New Hydrographic Vessel
On 12 November 2011, there was a long-awaited and joyful event for Russian hydrographers in Vladivostok - the solemn descent to water of a new hydrographic vessel Victor Faleev destined for the Hydrographic service of the Pacific Russian Navy. Workers of the shipyard, commanders, veterans of the Navy, and the new vessel crew took part in the ceremony. Length of the vessel is 56m, displacement is about 1 thousand tons, speed is 13 knots. One of its main tasks will be ensuring the safety of navigation in the seas of the Pacific adjoining Russia. Victor Faleev will carry out hydrographic surveys, the installation of navigation equipment, and will service coastal navigating stations and distant beacons. The crew of the Victor Faleev consists of 17 persons who were carefully selected. According to the shipbuilders, the new hydrographic vessel will officially be part of the Navy in a few months. It will be equipped with advanced equipment including a multi-beam echo sounder, that will be able to receive results of measurements in 3D format. The vessel carries the name of a well-known Soviet hydrographer, Victor Ivanovich Faleev (1928-1983) who was engaged in research in the Okhotsk and Bering seas. Under his management numerous charts and atlases, including the famous International Bathymetric chart of the Mediterranean was prepared and issued.
It is symbolical that both events took place when the Russian Pacific Hydrographic service celebrated its 155th jubilee - it was founded by the Decree of Emperor Alexander II in 1856.