From Vision to Action: The Nippon Foundation-GEBCO Seabed 2030 Project Appeals for Crowdsourced Data - 28/08/2018 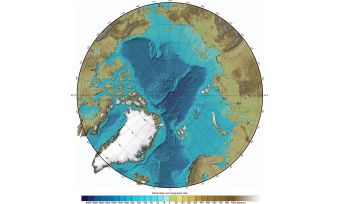 In February this year, just eight months after being proposed by Mr Yohei Sasakawa, chairman of The Nippon Foundation, at the United Nations Ocean Conference in June 2017, The Nippon Foundation-GEBCO Seabed 2030 Project was operationalised. Its aim is to map the entirety of the world’s ocean floor by 2030: a significant undertaking, which will require international cooperation and collaboration on an unprecedented scale, including in terms of crowdsourcing bathymetric data.

It is commonly stated that less than 20% of the seabed has been mapped using direct measurement. Scientists working on the Seabed 2030 Project Team, however, have reviewed these calculations against their acceptable resolution framework. By these standards, only 6% has been sufficiently mapped.

Given this increased scale and scope of the Project, its policy of crowdsourcing bathymetric data has taken on renewed importance. By utilising assets already at sea, from fishing boats to transport vessels, research ships to cruise-liners, everyone in the maritime community has a potential role to play in mapping the gaps.

Millions of vessels worldwide have at least basic sonar on-board. While multibeam is the gold standard, single-beam data is equally valuable. Most craft utilise this technology for navigation, with data points recorded by on-board computer systems. Guidelines on how this data can be donated to the Project are currently being drawn up by a working group at the International Hydrographic Organisation’s Data Centre for Digital Bathymetry (DCDB), a repository in Boulder, Colorado. These guidelines will be published on the Project’s website, enabling anyone – from individuals to research organisations and multinational corporations – to upload their data for the benefit of science.

Once uploaded, Seabed 2030’s regional centres will incorporate the crowdsourced data into bathymetric products, before it is integrated into the GEBCO grid by the Global Centre based at the National Oceanography Centre in Southampton, UK.

The Project is already achieving significant results. Thanks to recently announced partnerships with Fugro and Ocean Infinity, 220,000 square kilometres of private sector bathymetric data – an area almost equal to the landmass of the UK – has been uploaded to the DCDB. This data, estimated to be worth tens of millions of dollars, should encourage other data donors to support the project.

The Intergovernmental Oceanographic Commission (IOC) of UNESCO recently announced that it will coordinate a decade of ocean science (2021-2030), in support of the UN’s Sustainable Development Goal 14. The international community is banding together, and a global movement toward a greater understanding of our oceans is building. Crowdsourcing data will ensure that everyone on the seas can play their part, so that by 2030, our oceans will no longer be treated as a forgotten frontier.