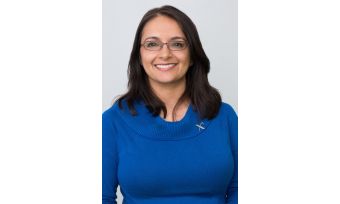 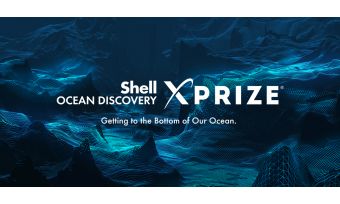 Two-thirds of our planet surface is covered by water and yet what lies underneath is a mystery to us. We know the ocean controls our weather and climate and is home to an estimated half of all species on Earth. However, 95% of the ocean still remains unexplored. We have higher resolution maps of the Moon and the surface of Mars than we do of our seafloor.

Exploring the ocean has long been a challenging endeavour. Historically, access to the deep ocean has been limited for many reasons such as the extraordinary physical challenges presented by the opaque, corrosive medium of salt water and operating under crushing pressures, the high financial costs of exploring this extreme environment, and limited technological advancements. Today’s ocean exploration technologies have not yet achieved the scales necessary to gather the detailed data and imaging needed to understand and protect our ocean resources in more expansive, sustainable and
affordable ways.

We need a new era of ocean exploration.

For over a decade, the XPRIZE Foundation has been the global leader in incentivised prize competitions. Founded in 1995, XPRIZE is a non-profit organisation that solves the world’s Grand Challenges by creating and managing large-scale, high-profile competitions that drive innovation and inspire the belief that we can create a better future through breakthrough technological solutions.
To address the Grand Challenge of deep ocean exploration and discovery, XPRIZE has launched the USD7 Million Shell Ocean Discovery XPRIZE - a three-year competition challenging teams to advance breakthrough technologies that, through shore or air deployments, will result in rapid, unmanned and high-resolution deep ocean exploration. Embedded within this is a USD1 Million National Oceanic and Atmospheric Administration (NOAA) bonus prize, which will be awarded to teams that demonstrate that their technology can also detect and identify a specified object in the ocean through its biological or chemical signal. Such underwater smart sniffers would be pioneering technology that would allow us to better respond to emergencies, and discover and monitor new marine life and underwater communities in a way that never existed before.
This competition is part of the XPRIZE Ocean Initiative – our commitment to launch five multi-million dollar prizes over 10 years. Collectively, these XPRIZEs address critical ocean challenges and inspire innovation that helps ensure that the world’s oceans are healthy, valued and understood. The first two prizes were the Wendy Schmidt Oil Spill Clean-Up XChallenge (awarded in 2012), to develop efficient oil spill cleanup technologies, and the Wendy Schmidt Ocean Health XPRIZE (awarded in 2015, 4), to develop robust, affordable and accurate pH sensors to detect changes in ocean acidification.

Team registration for the Shell Ocean Discovery XPRIZE opened in December 2015, with a registration deadline of 30 June 2016. Late registrations will be accepted until 30 September 2016. Teams will be required to submit technical details to the Judging Panel in December 2016, and up to 25 teams will move forward to the testing. The teams will compete during two rounds of progressively difficult challenges and the winners will be announced at the end of 2018.

During the first round, in 2017, teams will be required to produce bathymetric maps of at least 100km2 of the seafloor at 2,000m depths at a minimum horizontal resolution of 5m (0.5m vertical resolution) in less than 8 hours. Teams will also have to capture a high-resolution digital image of a specified object at 2,000m, and an additional 5 high-resolution digital images of archeological, biological, or geological features from any depth. Testing for the NOAA Bonus prize will take place during this round. If no team wins the bonus prize, another opportunity to compete for this USD1 Million will be offered during the second round of testing. At the conclusion of the first round of tests, up to the top ten performing teams will share a USD1 Million milestone prize and move forward to the next round of testing.

The second and final round of testing will take place in 2018. Teams will be required to produce bathymetric maps of at least 250km2 of the seafloor at 4,000m depths at a minimum horizontal resolution of 5m (0.5 m vertical resolution) in less than 15 hours. Teams will also have to capture a high-resolution digital image of a specified object at 4,000m, and an additional 10 high-resolution digital images of archeological, biological, or geological features from any depth.

Further details are available in the Competition Guidelines, which are currently open for Public Comment until 31 January 2016.

The small fraction of the ocean we have explored has already yielded a number of fascinating and beneficial discoveries for the benefit of humanity. For example, potential treatments and drugs for cancer, Alzheimer’s and AIDS have been identified, and an estimated 3 million shipwrecks lie on the seafloor, waiting to provide insights into human history and culture.
We have barely scratched the surface of one of the most fascinating and critical places in the universe. The Shell Ocean Discovery XPRIZE aims to usher in a new, unprecedented era of ocean exploration and provide a pathway for tomorrow’s discoveries. By accelerating innovation for the rapid and unmanned exploration of the unchartered deep sea, this XPRIZE will catalyse new markets in deep ocean exploration and sustainable resource development and protection.
The technologies needed to win this XPRIZE may span many areas of innovation - engineering, oceanography, robotics, imaging, data visualisation, nanotechnology, material science, computing and chemical sensing, to name a few. We invite teams around the world to join us on this exciting adventure and help shape the future technologies of deep-sea exploration and discovery.

Together, we can get to the bottom of our ocean. 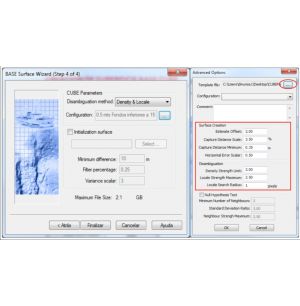