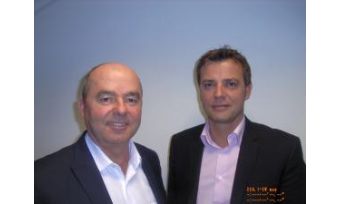 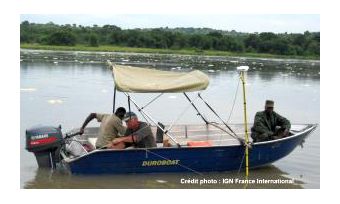 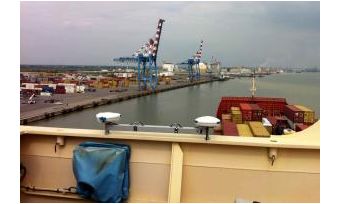 Based in Nantes, France, Cadden specialises in electronic solutions for geopositioning and hydrography. As a full-service integrator, distributor and designer, the company’s global vision has become its trademark. This French SME is now entering a new growth phase.

In 1999, Gilles Dandec, former sales executive with Thales Navigation, formed Cadden in Nantes, France. Initially a distributor of GPS systems and inertial measurement units for the maritime sector, the company ­continued to expand its range of products and services. Its steady growth was marked by two key events:
1. In mid-2010, Cadden developed and introduced Geod, a range of smart GPS antennas, and
2. In late 2011, they created their Export department.

“After a series of successes outside France, we wanted to move away from simply responding to opportunities and instead develop a real international strategy,” explains Cadden’s director Mr. Gilles Dandec.

A Solution for Every Need

Since its inception, Cadden’s mission statement has remained the same: to provide customers with the most advanced technologies and customised technical solutions tailored to any situation in the field. Its products now cover a broad spectrum of specialised sensors, available for sale or lease, alone or as integrated solutions, with or without support services.

Internally, the company cultivates a culture of teamwork and innovation. Its workforce of nine people is divided among the France Sales/Export department, R & D, technical support and administration. For the year 2011/2012, the company posted sales of EUR 3.8 million , with a 14% export share.

Export: a Turning Point for the Company

While continuing its growth in France, Cadden is pursuing a strong export policy. The company is aiming for 30% of its sales outside France within two years, doubling the current export share. To achieve this progress, the French integrator will rely on two strengths:
1. Its range of products and services for international markets:
- The Geod range of smart antennas, featuring the PPU, Bali and Tracking units. The new Pilotstar system proposed by Fugro to help tankers dock alongside an FPSO (Floating Production Storage and Offloading) is also built around the Geod PPU.
- The Integrated Hydro Pack is a turnkey solution for hydrographic survey vessels built by shipyards.
- Cadden also offers equipment rentals - single or multi-beam echo sounders, 3D Lidar sensors, inertial measurement units, etc.- as well as integration services as needed for specific projects.

2. The experienced export sales manager, hired in late 2011, whose primary mission is to establish a network of distributors. Europe and Africa are already covered, and India should follow soon.

“In just twelve years, Cadden has become a key player on the French hydrography market as an integrator and distributor of high-tech solutions. Our goal for the future is to extend this recognition beyond our borders,” says Cadden’s director.

The hydrography market, and more generally the maritime sector, is shaped by three basic trends.

The first is technological. The systems are becoming increasingly sophisticated and integration requires more and more expertise. Customers need specialists they can count on to build complete, reliable operational solutions, and demand for these services will surely increase. In this regard, Cadden is in an excellent position.

The second trend involves overall market demand. Customer needs are becoming more complex and specific. For these niche markets, sales volumes are low, and large companies are not organised to bid on small projects. This provides very interesting perspectives for Cadden, whose mission is precisely to develop such solutions.

The third trend relates more particularly to the European market, where the renewable maritime energy sector is booming. Ocean currents, offshore wind energy and ocean thermal energy offer a huge potential, and Cadden is already experiencing the positive effects of the ‘green wave’ in France.

Consistent with its approach, Cadden is already preparing solutions for tomorrow. In the near-term, they are developing a ‘portable’ version of their Integrated Hydro Pack solution: a compact system on a pole, consisting of a multi-beam echo sounder, an inertial measurement unit and a GPS (early 2013).

In parallel, the company intends to pursue the commercial development of the Geod range, including Geod Survey, a small autonomous catamaran equipped with multiple sensors, which will successfully serve light hydrographic applications.