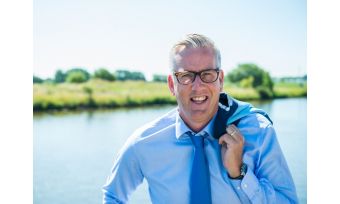 The need to build a grand coalition of mapping partners all over the world, from all corners and professions of the maritime community, is more urgent now than ever. During a one-day symposium -  From Vision to Action hosted by the Nippon Foundation-GEBCO Seabed 2030 Project Seabed, held in London on 22 October - it was once again emphasized that the creation of a definitive global ocean floor map by 2030 would support the sustainable use of the ocean and lead to sound policy decisions regarding the seas and their coasts.

During the symposium, three new initiatives were revealed. It was announced that the project will provide vessels around the world with data-gathering equipment to enable all of them to contribute to Seabed 2030. This involves vessels that are active in the fishing, cargo and tourism industries. The project will also schedule and fund additional mapping days, extending missions in remote areas to make them even more efficient and, wherever needed, will provide multi-beam echo sounders to increase mapping capabilities.

Last but not least, Seabed 2030 will foster the development of innovative, scalable new solutions to increase the efficiency, safety, and cost-effectiveness of deep-sea mapping, paving the way for public participation on the largest possible scale to meet the project’s goals. In this issue of Hydro International, you will find feature articles about mapping in remote areas and those closer by, in warm and cold waters, in paradise-like seas and seas which are far from paradise: readers and authors of Hydro International are often at the forefront of mapping and surveying activities, no matter where.

Rear Admiral Shepard Smith, Director of Coast Survey, National Oceanic and Atmospheric Administration (NOAA), stated in a keynote speech in London that there is no time to waste because findings in the ocean may help to solve problems in many fields, some that may not even occur to us. Smith referred to the possibility of finding new species that could help to cure illnesses, for example. He also pointed out that the discovery of ways to undo the effects of climate change or the possibilities of providing new forms of energy are examples that demonstrate the relevancy of the Seabed 2030 project and indeed the need to keep on building that grand coalition!