The Invention of the Fresnel Lens 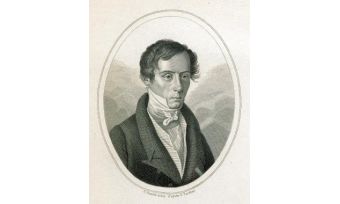 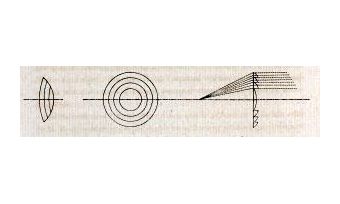 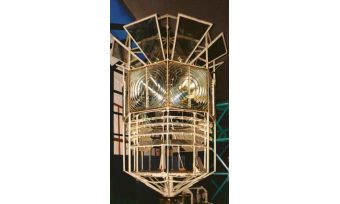 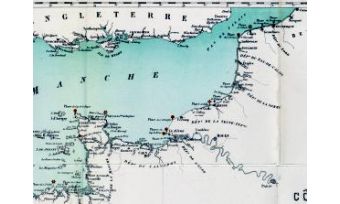 At the dawn of the nineteenth century, France, like every other nation, regarded shipwrecks as an inevitable downside of maritime life. There were fewer than 20 lighthouses dotting the French coastline, and these were generally limited to its harbours, intended to guide ships into port. The government did not keep any records about the number of ships that went down, but the numbers were clearly in the hundreds every year.

Napoleon Bonaparte formed the first national lighthouse organisation, the Commission des Phares, in 1811. This came at the peak of his imperial conquest of Europe, and his decree promised to improve lighthouses “on the universality of the coast of the Empire” – a coastline that stretched from the Baltic Sea to the Straits of Gibraltar. He appointed a number of high-ranking luminaries to the commission – the top names from the Navy, the engineering corps, and the Academy of Sciences. The Commission accomplished little in its early years, as most of its members were occupied with Napoleon’s military endeavours. In 1819, however, it turned its attention to the dismal state of France’s coastline and one of its members, the physicist François Arago, saw the opportunity to bring one of his protégés, Augustin Fresnel, to Paris. Fresnel was a young engineer assigned to road-building duty in the provinces, but had spent his evenings in his tent dreaming up a revolutionary theory of light that completely overturned the existing doctrine. Arago, wanting to work with Fresnel on his theory, procured his services as a temporary assistant. He assigned him the task of comparing the brightness of various configurations of the existing lighthouse apparatuses, which consisted of parabolic mirrors placed behind a lamp to reflect the light outward into a single beam.

Fresnel mounted the reflectors on top of the Arc de Triomphe, whose height offered the best vantage point for ­several miles around. As he struggled to coax light out of the finicky devices, he “perceived at first glance where the difficulty lay.” Even the most perfect mirror lost half its light on reflection. In practice, it was inevitably worse, as the mirror was never perfectly ­reflective, the parabolic geometry was hard to get right, and the device needed a hole for the lamp’s burner to fit through.

Fresnel surmised that using lenses instead of mirrors would solve this problem since much less light would be lost passing through glass than reflecting. But a convex lens large enough and powerful enough to capture the light from a lamp and bend it into a single beam was impossible. It would have been way too heavy and beyond the capability of glassmakers to produce. Additionally, the required short focal length meant the middle would be very thick and more light would be lost traversing it.

Fresnel’s solution was a lens built in steps. He broke the single curved surface of the lens into several concentric sections consisting of distinct prisms. Each of these individual prisms bent the light from the light source into a parallel line. Added together, they sent their light out in a single beam, precisely as a big lens would. But the bulky middle section was gone. The lens’ major problems had been solved.

The Lighthouse Commission met his idea with some scepticism, and Fresnel was determined to build a model on his own to demonstrate its effectiveness. This was no easy task, as he had extraordinary demands for the quality and precision of his glass pieces. Working with the noted instrument maker François Soleil, he completed a prototype panel by April, 1821, and invited the Lighthouse Commission, together with a number of sailors, to witness its first trial run. Seated high on the hill of Montmartre, they saw the lens far outshine the reflectors they were paired against. The leading maker of the parabolic mirror apparatus was also present, only to lament that his enterprise was about to “enter into oblivion.”

The Lighthouse Commission ordered a full lens from Fresnel and Soleil, to be placed in France’s most illustrious lighthouse, La Cordouan, known as ‘The Versailles of the Sea.’ Outfitted for Louis XIV with fine marble and stained glass, La Cordouan was also a showcase of the latest lighthouse technology. Lit in 1823, the new lens was a triumph, drawing the attention of sailors from around the world.

After witnessing the success at Cordouan, France immediately embarked on a massive project to blanket the entire coastline in Fresnel lenses. In order to determine the best sites for lighthouses, Fresnel, who now had a permanent position as secretary of the Lighthouse Commission, worked with another member of the Commission, Admiral Paul-Édouard de Rossel, the chief hydrographer of the Dépôt des Cartes et Plans de la Marine (who would go on to head the department in 1827). In addition to the maps at the Dépôt, Fresnel and de Rossel used the recently published Le Nouveau Neptune, the work of France’s premier hydrographer, Charles-François Beautemps-Beaupré (who would also become a member of the Lighthouse Commission in 1826). Nicknamed ‘the father of modern hydrography’, Beautemps-Beaupré had revolutionised the field in the 1790s when he began using an improved version of the reflecting circle (an instrument which used mirrors to measure the angle between two objects) to produce vastly more accurate surveys. The product of many years of work, his Nouveau Neptune appeared in 1819. It was “a complete collection of the general and particular maps necessary for navigating the entirety of the French coastline,” and was accompanied by an updated Pilote Français, which listed hidden dangers along the coastline, and gave directions for entering ports.

Using the improved maps, Fresnel and de Rossel put together a Carte des Phares which blanketed the French coastline in light. They conceived of it as a system, a rational network where everything fit together as a whole. Knowing the range of visibility of Fresnel’s apparatus, they carefully calculated the placement of lighthouses along the coast such that as one light faded away, the other came into view. This meant a lot of new lighthouses. The grand plan that Fresnel revealed in 1825 called for a system of 51 lighthouses, nearly four times the paltry 13 that were currently operating in France. All would have new Fresnel lenses.

Rossel and Fresnel broke the lights down into different categories. The largest were the ‘land lights’, the first lights the sailors would see coming in from the open sea. These would be roughly eighty miles apart. In between them would be smaller lights whose specific characteristics would help sailors identify where they were, and help guide ships into particular harbours.

As part of this system, Fresnel devised a classification system for his lens. He divided them into 1st, 2nd, and 3rd order lights, with a separate category of smaller harbour lights. First order lights were the largest, with an interior diameter of nearly 2 metres. Second order lights were 1.40 metres across, third order 50cm, and the harbour lights 30cm. The orders used different lamps as well, with the largest using Fresnel and Arago’s innovative 4-wick design, the 2nd order a 3-wick design and the 3rd order a 2-wick design. The larger lights thus consumed a great deal more oil. But the Commission did not skimp. The majority of the lights in the plan were the 28 1st orders, while the 18 3rd orders were reserved for use in sounds, river entries, and bays, and 5 2nd orders were for very particular situations.

It was also important for sailors to distinguish the lights from one another, and thus know where they were. Fresnel proposed three variations: 1. fixed lights, which shone continuously; 2. rotating lights that flashed every 30 seconds; and 3. rotating lights that flashed every minute. The minute-flashing lights, which used eight bulls-eye panels and rotated once every eight minutes, shone the brightest. For the 30 second rotation, Fresnel used an apparatus with 16 half-lenses (as tall but half as wide), which divided the light into twice as many (weaker) beams. Fixed lights, which had no bulls-eye panels but sent their light evenly across the horizon, were the weakest of all. Putting together the map thus became something of a jigsaw puzzle, where Fresnel tried to place the brightest lights where they were most needed, while ensuring that no two adjacent ones were alike.

The project took nearly twenty years to complete. Each lens made was a painstaking exemplar of technology and craftsmanship, and the design continued to evolve. The lighting of Baleines on 15 January 1854, was the final lighthouse completing Fresnel and Rossel’s 1825 plan. Fresnel lenses now illuminated the entirety of the French coastline, with their studied differences of flashing and duration allowing every sailor to pinpoint his location exactly. Unfortunately Fresnel and Rossel died in 1827 and 1829 respectively and did not live to see the completion of their great work. However, their work lives on today as even in our era of GPS, Fresnel lenses offer comfort to those making landfall and the coastwise sailor. France’s premier historian, Jules Michelet, praised the tight network of overlapping rays for its enlightened design. “For the sailor who steers by the stars, it was as if another heaven had descended to earth.”

Note: This past month, I read A Short Bright Flash: Augustin Fresnel and the Birth of the Modern Lighthouse. I was very impressed by this work and recommend it for all hydrographers and those interested in maritime history. I invited the book’s author, Dr. Theresa Levitt, to contribute to this issues History column which she graciously consented to do.
Albert E. Theberge Jr.