Wave and current measurements obtained using the WERA and Pisces HF radar systems and Seaview Sensing software are presented here to show that HF radar can provide current and wave measurements with useful accuracy. Pisces has been operational for over a year in the Celtic Sea, providing data every hour.

Two recent articles in Hydro international (June and December 2004) refer to oceanographic measurement capabilities of HF radar systems. Ito and Kinoshita discussed the Japan Coast Guard system for ocean current observations. Grønlie provided an overview of ground-based wave measuring radar. I would like to comment on both of these.

Current Measurement
In the Japanese article, comparisons were presented of radar currents with those from an acoustic doppler current profiler at 10m depth. The comparisons were limited and not very convincing. Part of the reason given was that the measurements differ both in terms of temporal and spatial averaging and depth. These are, of course, all reasons for difference. But I was surprised at the extent of this and wonder whether this is the reason for the comment that ‘the technology of surface-current observations with HF radar is not yet established.’ Although there may remain a few uncertainties in the interpretation of HF radar current measurement, there is plenty of evidence to suggest that the technology is very firmly established and is used by both scientists and the operational oceanography industry.
It may be that there were just some teething problems with this particular deployment. Figure 1 shows comparisons of one year of radial currents measured using Seaview Sensing software with the Pisces HF radar (available from Neptune Radar Ltd) from two sites and compared with the UK Met Office depth-averaged storm-surge model (no in-situ current measurements were available). Mean (and rms differences) are < 1cm/s in both cases (10 and 38 cm/s). The region is tidally dominated but with occasional wind influences that tend to be much stronger in radar-measured surface currents, leading to some differences in radial currents between model and radar. This data has also been analysed for tidal constituents by the Proudman Oceanographic Laboratory, with good agreement.

Wave Measurement
Grønlie claimed that ‘…the processes of backscatter (at HF) are too complicated (and not well enough understood) to allow the attainment of useful measurement accuracy.’ I disagree. There is a wealth of evidence that the theory developed by Barrick in the ‘70s provides a good description of the backscattered signal over the full range of HF radar frequencies in low sea states, and for low HF frequencies in high sea states. My group at the University of Sheffield have spent many years developing methods that use this theory and have shown good agreement with wave buoys using a number of different HF radar systems in a number of different locations. Two of these systems, contrary to the remark made in the Grønlie article, are available commercially. WERA (developed at the University of Hamburg) is available from Helzel Messtechnik GmbH in Germany and Pisces (mentioned above) in the UK, both of which suppliers are working with Seaview Sensing Ltd, licensor of the software we have developed. Figure 2 shows WERA wave-height and mean direction measured at the Norwegian Coast, compared with a buoy. There is more scatter in the radar measurement but the correlation is good. For the whole experiment, mean difference (standard deviation) in wave-height was 19(44)cm, and in direction 2º (35º).

Long-range Data
Most recently we have been working with Pisces, which was specifically designed for long-range metocean measurements. This has been in operation on the south-west coast of the United Kingdom since December 2003, providing wave, current and wind
data every hour. This is a trial for the UK Department for Environment Food and Rural Affairs (DEFRA), project managed by the UK Met Office, who are considering including HF radar systems within the UK wave-monitoring network, WAVENET. Figure 3 shows waveheight and peak direction measured during a recent storm. The furthest range on the map is about 110km from each radar site. Unfortunately, there was no buoy data at this time, but earlier in the trial a mean difference (standard deviation) in waveheight of 11(57)cm and in direction -9º(44º) were found. Wave buoys do not measure the full 2D directional spectrum and we do not have sufficient detail in the buoy measurements to infer this using, for instance, maximum entropy methods. Figure 4 show a directional spectrum measured by the radar at 60km, with the buoy peak direction and directional spreading superimposed showing good agreement.

Conclusion
I hope that I have demonstrated that useful oceanographic measurements can be obtained using HF radar systems. All the above measurements were made using phased array radar systems. Wave spectral measurements in particular are more difficult to make with compact antenna radar such as the CODAR used in the Japanese system, although, as Grønlie says, these do have the advantage of compactness and thus ease of deployment. However, although siting is more difficult, we have obtained metocean measurements from the phased-array systems Pisces, WERA and OSCR at several locations around European and US coasts. Some expertise is needed to ensure the quality of the data. Radio interference is a problem, particularly at the low HF frequencies required for long-range applications. Radar data quality monitoring and assessment systems to assist operational users are needed; these are available and further developments are planned. 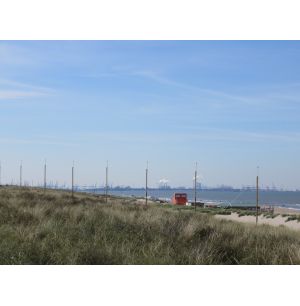 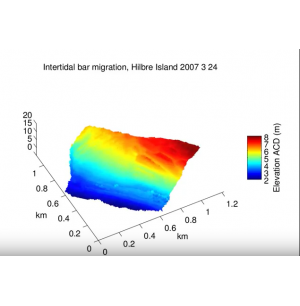 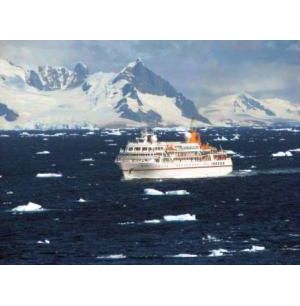