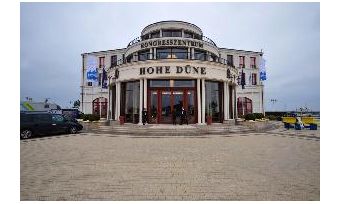 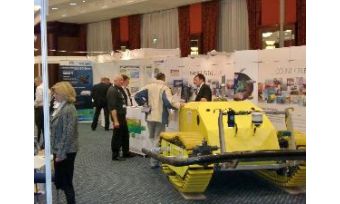 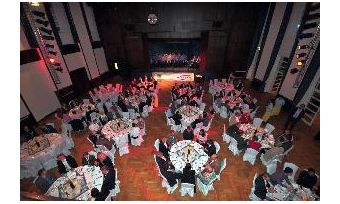 It was the German Hydrographic Society’s turn to organise last year’s Hydro conference that took place from 2 - 5 November. For the event, the society choose the highly sophisticated yacht harbour residence and hotel resort Hohe Düne in the Baltic Sea harbour city of Rostock, or to be more precise in its seaside resort of Warnemünde.

The resort proved a great location for Hydro '10, which hosted more than 350 delegates from 32 countries. In 55 presentations during 15 sessions and a tradeshow with 43 exhibitors, delegates could get the latest news on all state of the art developments in hydrography. During the presentations there was much emphasis on ECDIS and Port ECDIS and inland waterways. These two main topics had already been announced beforehand by the organisation as being important themes.

New features added to the conference were the small user conferences and workshops that 13 companies gave on the Monday preceding Hydro ‘10. The harbour location made it possible to have demos on boats docked at the quay and workshops with new multi-beam and sediment echo sounder equipment drew a lot of attention. The German multi-purpose vessel DENEB was open to the delegates as well.

The German Hydrographic Society highlights the good attendance from Scandinavia and Finland. Originating from countries bordering the same Baltic Sea the conference was held on, they must have found a lot of interesting paper presentations (and found it easy to travel to Rostock with its big ferry landing connecting with many Scandinavian cities). Some twenty students registered, including a large delegation from the Maritime Institute Willem Barentz on the island of Terschelling in the Netherlands. Hydro '10 at Yachthafenresidenz Hohe Düne therefore also had many successful social events. During official icebreaker and other receptions, but also during informal drinks in the bar of the hotel, newly acquainted delegates and old friends from all corners of the world exchanged views on the profession.

Hydro '11 will be held ‘down under' in the Australian city of Fremantle, from 7 to 11 November.