US Coast and Geodetic Survey 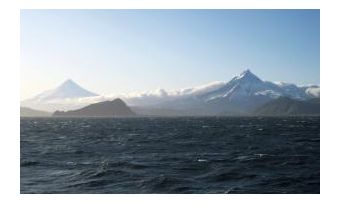 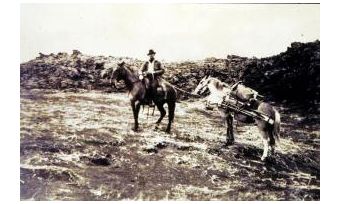 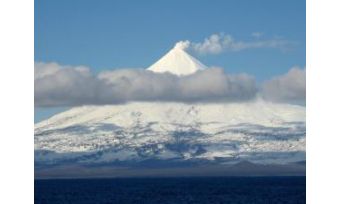 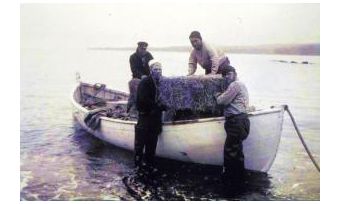 Administrative officers, long experienced in studying estimates of the various field parties engaged in hydrographic work, were somewhat surprised to see an estimate submitted by the commanding officer of the USC&GS Ship Discoverer preparatory to the 1937 season’s work in the Aleutian Islands, Alaska, for items such as: 1 Riveter, tubular; 4 cinches, pack saddle type; 4 cinches for riding saddles; 2 cowbells, small size; 4 saddle blankets; 1horseshoe hammer; and 2 pack saddles; and other related items. The following, describing the use of horses on Unimak Island during the summer of 1937, will make it clear why estimates for these items were necessary.

In the winter of 1936-1937, a request for bid was issued for four pack horses, sound in limb and back, to be delivered to the Commanding Officer, USC&GS Ship Discoverer, Seattle, Washington, for reshipment to False Pass, Alaska, where the horses were to be used on Unimak Island in conjunction with the hydrographic and topographic operations for the 1937 field season.

When the bids were opened in early April 1937, a rancher at Sunnyside, Washington, was the low bidder, and arrangements were made for the Alaska Steamship Company to ship the horses to False Pass. Accordingly, four small, but wiry, range horses were put on the SS Lakina in mid-April, with four tons of hay and one ton of oats for feed en route and on the island until grass and vegetation could attain sufficient growth to feed the horses. They arrived at False Pass on 25 April, having consumed one ton of hay and a small portion of the oats in transit.

Two experienced horse wranglers were hired to take care of the animals and to do the packing. When the ship arrived at False Pass the horses were found to be in excellent condition, frisky, but gentle, and sleek, each having gained about 50 pounds in weight. The horses were used first at Cape Lutke, where a triangulation unit and a topographic unit located a camp for a base of operations from which to map the shoreline of Unimak Island from Cape Lutke to Cape Sarichef via Scotch Cap. Two horses were used by the triangulation unit and two by the topographic unit. The horses packed all instruments, equipment, and supplies used during the daily work of each unit. Such articles as lumber, kegs of lime, tripods, and theodolites were handled with ease by the horses, saving the men on the party much physical labour as the areas on each side of camp for six or seven miles were covered by foot. Not only were the horses a valuable help to the camp parties, but to the hydrographic operations on the Discoverer as well, for due to the exposed nature of the southwest shore of the island, landings could not be made with small boats except at times when the ground swells of the North Pacific were small. Such days were few and far between, the surf being such that most of the time breakers would swamp any small boat making a landing, especially if the boat were heavily loaded. Thus the horses, packing the entire equipment and supplies when camp was moved, saved the ship many working days each month. The first time camp was moved, it took four round trips by all the horses to complete the move. This consisted of carrying the tents, cots, bed rolls, and personal belongings of nine men, provisions for three weeks, stoves, instruments, tools, and equipment. Camp was moved an average of every two to three weeks. The horses proved to be well broken in as pack animals and were handled very satisfactorily by the wranglers.

At the end of the field season, the horses were returned to False Pass where they wintered in order to be ready for use in the 1938 field season. A shed was built for protection against the wind and storms. Feed for the winter was sent to False Pass and the boat watchman took care of the feeding. The horses thrived on the native grass and vegetation which grows along the beach. They even liked the dry grass, so that little hay and oats were required during the winter except when the ground was covered with snow.

This was probably the first time that a Coast and Geodetic Survey ship took horses to Alaska. When the idea was first considered, their usefulness was questioned by some of the officers experienced in survey work in this region. Accordingly, the officers on the Discoverer were the target for some good-natured jokes. However, the judgment of the ship’s commanding officer and others advocating the innovation proved to be well-founded, for the horses were a big aid in the work on Unimak Island, and without them, neither the camp parties nor the ship party could have made the excellent progress they accomplished.

The horses were also a general source of conversation and amusement. A couple of incidents that follow are good examples. Most of the native Aleuts, as well as some of the traders at False Pass, had never seen a horse. One of them wanted a ride so a horse was saddled and the individual was assisted into the saddle and rode proudly about a half mile down the beach. When he wanted to come back he could not get the horse to turn around. He got off to turn the animal around by leading him and then he could not get back in the saddle, so he had to lead the horse back.

Another incident concerned horseshoe nails. Toward the end of the season, the head wrangler reported that he would need some horseshoe nails to shoe the horses before starting their 100-mile trek back to False Pass. Shoes were continually getting loose and coming off due to the lava beds and generally rocky landscape which had to be crossed during the normal work day. The ship wired the Inspector of the Seattle Field Station to send up a box of horseshoe nails. When the nails arrived, instead of a small box, two five-pound boxes were received. When supplies for the camp were being landed from the ship the wranglers requested that a few nails be included to tack on two loose shoes. The captain of the Discoverer relayed the request to the ship executive officer, who, wanting to be sure to send enough nails, told one of the seamen to take in two pounds. The seaman sent in both five-pound packages. The seaman in the small boat taking the nails ashore tied both boxes together and heaved them in the direction of one of the wranglers on the beach. The seaman either underestimated the distance to the beach or over-estimated his throwing ability, for the toss was short, the nails fell in the water, and were lost. When the loss was reported to the executive officer, he told the seaman to take in another two pounds and was dumbfounded to discover that all the nails had been sent the first time. A thing like this bothered the executive officer so he decided to break out a boat at dawn and search for the nails. He returned empty handed. As it turned out, the nails were lost exactly at low tide on one of the lowest minus tides of 1937 on Unimak Island.

As noted, the first camp was established at Cape Lutke, since the area between there and Cape Sarichef was of primary importance. To take the horses from False Pass to Cape Lutke, a map showing an old trappers’ trail and as much local information as could be obtained was given the two wranglers for guidance. It took them four days to make the 60-mile trip. The outfitting department of the ship furnished the wranglers a kerosene stove and a five gallon can of kerosene for cooking purposes. At camp on the first night out, the stove could not be persuaded to function, so a scanty meal was prepared by burning kerosene and such grass and roots as could be obtained, there being no trees on Unimak Island. The next morning the sloshing of the partly filled kerosene can caused one of the horses to cut up while being packed, with the result that the five gallon can was demolished and all the kerosene spilled. Thereafter, the wranglers subsisted on cold pork and beans.

During the course of the work, the horses bogged down a number of times when they got into soft ground while crossing streams and swampy areas. None of them was injured nor any of the equipment damaged which was due to the expert handling of the wranglers. The glacial streams were quite treacherous, for one might be a foot deep in the early morning and become a raging torrent in the afternoon when the sun came out hot enough to melt the snow and ice on the high peaks and glaciers, the runoff being fast due to the steep slopes of the terrain. It was found that the morning was the best time to cross the glacial streams. The work was completed from Cape Lutke to Cape Sarichef on 13 August. En route back to False Pass, signals were built on the 40-mile stretch of beach between Cape Lutke and Cape Lazaref which were used by the topographic and hydrographic parties at the beginning of the 1938 season.

Horses were used for the next three seasons in the Aleutian Islands. Unfortunately, a horse named ‘Nip’ fell down a ravine and was killed at the end of the 1938 season. This horse was commemorated by the naming of Nipper Cove on the northwest coast of Unimak Island.

This article was written not quite 75 years ago by then Lieutenant John Bowie of the United States Coast and Geodetic Survey. A few minor changes were made to the original report to fit the constraints of this column. Lieutenant Bowie ultimately rose to the rank of Captain and passed away in 1984. He wrote this article to describe a unique use of horses by hydrographers in surveys conducted on Unimak Island, the largest of the Aleutian Islands. This article reminds us of the extreme difficulty of working in remote rugged environments prior to the development of helicopters and other modern amenities.