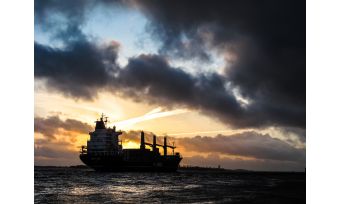 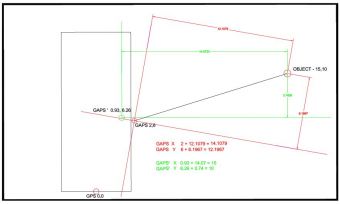 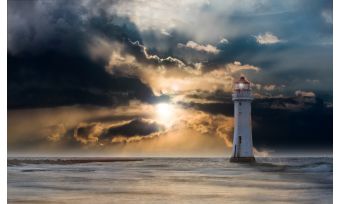 Wouldn’t it be great to work on a hydrographic project without spending a lot of time looking for all the elements needed for a professional report? This was what Sanyal Sunil had in mind when he developed SURge, a digital tool to simplify survey reporting.

Hydrographic survey reporting has always been a headache for surveyors in the field, as they have to spend a lot of time formatting the reports, finding the correct logos and diagrams, displaying observations schematically, and carrying out irrelevant calculations, all of which have to be neatly represented in the report but have nothing to do with the operational part of the job. Considering the usual cramped and hectic working environment onboard survey vessels, these long and tedious reporting exercises distract and exhaust the surveyor.

Being an active surveyor, I came across this situation a number of times. This made me think about developing a consolidated software platform for survey reporting, in which you just have to input the parameters in a graphic user interface and select the observation data files to produce a well-manicured survey report. The idea seemed unprecedented and novel.

A report generator programme to help us with all the reporting we have to carry out during the calibration and field phases of survey – positioning system calibration, heading sensor calibration, transit fixes, rig positioning reports …. The list of reports we produce is endless and the effort we put into preparing them could be diverted into the operational part of our job, if we had such a utility.

I began to work on this idea during my free offshore days and, after almost two years and a lot of trial and error, I have managed to present a decent product. Input and feedback from my colleagues encouraged me to move ahead, finally consolidating all the required reports into this single platform, enabling a centralized monitoring for the reporting formats and allowing periodic updating if required.

‘SURge’, as I call it, is a single platform solution for all the hydrographic survey reports during the calibration and field phases of a survey and is presently only used by the survey division of the National Petroleum Construction Company, Abu Dhabi, where I am presently employed as a hydrographic surveyor.

Where It Really Matters

Of late, there has been a great deal of discussion about the ‘calibration free’ (as claimed by the manufacturer) underwater positioning Ultra Short Base Line equipment (USBL). If we inspect their claim in detail, we can conclude that their claim is legitimate, but also misleading to some extent.

Is it really calibration free? Let me illustrate with an incident that happened in one of the ROV positioning jobs I had. A pipeline inspection was in progress using an observation-class ROV with eventing and CP survey. The ROV was positioned using the above-mentioned ‘calibration free’ USBL. During the course of the survey, the DP vessel on which the ROV was mobilized had to turn around by 180 degrees due to operational constraints, keeping the ROV above the pipeline being inspected.

As the vessel turned, the ROV began to shift its position on the survey screen and when the turn had been completed, the ROV was almost 0.4 metres away from where it had been before the turn. Note that, on the ground, the ROV was sitting idle above the pipeline.

This made the survey team on board recalculate the offsets, which were confirmed. So, where was the error? How can a USBL system provide a wrong coordinate for the beacon, when the positional input is correct and the system is ‘calibration free’ for all the other freedom of movements? The answer lies in the heading information provided by the USBL system.

It is true that if the equipment is used as a stand-alone system with the low-quality GPS receiver provided, placed exactly above the USBL head, then the equipment does not require calibration as it is receiving an absolute position. By making use of its inbuilt heading and altitude sensors, it then correctly calculates the position of the underwater unit.

But sadly, this will not be the case most of the time, when the USBL has to be used with a combination of different sensors combined on a referential frame of the survey vessel. For this purpose, the USBL head has to be mounted on a frame and placed in a suitable location on the survey vessel’s coordinate frame, and has to be positioned using this frame.

The mounting angle error can be easily identified by comparing the vessel heading and the USBL heading and has to be corrected if the USBL is using positional input from the vessel’s referential frame. But at this point, I have seen people ignore this factor, simply quoting the ‘calibration free’ tagline provided by the manufacturer and therefore inducing an error in the data.

They simply measure the X and Y coordinates of the USBL head with respect to the positional sensor and enter these into the USBL system (surprisingly, the manufacturer has kept the abnormal coordinate convention for the lever arms), ignoring the fact that the USBL system has its own referential coordinates and the system may end up providing incorrect coordinates for underwater units if the GPS antenna coordinates have not been recalculated according to the USBL lever arm frame.

The manufacturer has not made any provision for entering a correction value for the heading, probably because it will diminish their claim that their equipment does not require calibration. It has tried to get around the problem with a relatively new term – ‘the lever arm correction’ – for which the relative position of the USBL head with respect to the GPS unit has to be recalculated, according to the lever arms of the USBL system.

Let me illustrate the scenario with an example. In the above figure, the GPS positioned at the vessel reference point (the small circle on the lower edge) has an absolute coordinate value of (0,0). The USBL head is measured as two metres to starboard and six metres to bow (2,6): if the lever arm correction is not calculated and applied, the USBL coordinates will remain (2,6). Now consider that the angular difference between the vessel’s gyro and the USBL gyro is 10° (USBL gyro high), which can be the result of a mounting angle (10° is slightly exaggerated to prove the point).

Now, we have an underwater object with the absolute coordinates (15,10). If we take a fix using the beacon, the USBL will provide the values (14.1079,12.1967), by calculating the position in its own coordinate frame.

If we have calculated the lever arm corrections exactly, that is we have recalculated the position of RP with respect to the USBL head in its coordinate frame (shown in red), we will get (0.93,6.26) as the USBL head coordinates instead of (2,6). This will result in the USBL system correctly calculating the coordinates of the underwater object in position (15,10). The problem in this scenario is that the values 0.93 and 6.26 are hypothetical values and cannot be physically measured on board. The values have to be derived.

But how? If you have a good command of AutoCAD, you can draw the offsets in CAD and rotate the whole figure according to the heading correction, keeping the USBL head as centre and aligning it with the referential frame of the USBL. But that exercise is going to consume a large part of your calibration time (also considering the time required to open an AutoCAD programme). So, we came up with a utility in SURge to calculate the lever arm coordinates for the USBL, where you just have to enter the measured coordinates of the GPS and USBL unit and the angular difference of the unit with respect to the vessel. The utility will provide the coordinates to be entered.

The lack of a common performance guideline for standard survey reporting has always been of concern to hydrographic surveyors in the field and, as a result, the surveyor has to produce reports according to the client’s whims. The consolidation of survey reports into a single platform and standardization with a universal identity with a suitable prefix abbreviation for each report would bring a seamless survey reporting scenario into play. Governing bodies like the International Hydrographic Organization and IMCA could effectively implement this.