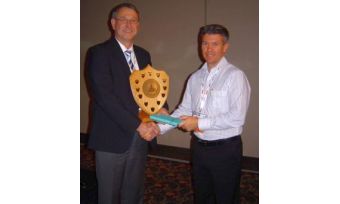 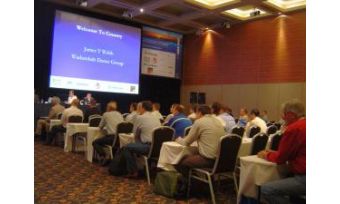 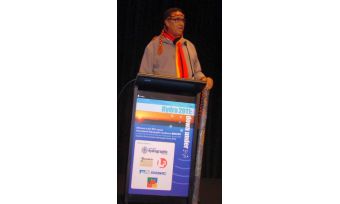 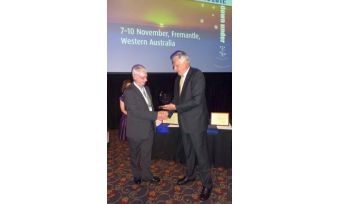 Events during the weekend before the recent international Hydro2011 conference had the organisers reading the fine print of their event insurance policy as they grappled with possible contingencies thrown up by the surging Australian dollar and the sudden grounding of the entire domestic and international fleet of aircraft of a particular airline! The stars, however, re-aligned and what was delivered was an incredibly successful event which broke the region’s records for attendance, support and quality with well over two hundred delegates and a full trade exhibition.

Hydro2011 was the annual international hydrographic conference, hosted by the Australasian Hydrographic Society (AHS) on behalf of the International Federation of Hydrographic Societies (IFHS). The theme was a nice play on words being a dual reference to hydrography and the region: ’Down Under’. The event was held in the bustling historic maritime city of Fremantle, Western Australia between 7 and 10 November 2011 at the Esplanade Hotel.

After an aboriginal ‘Welcome to Country’, the official opening was conducted by vice Admiral Chris Ritchie AO RANR, Patron of the AHS. Seven keynote speakers opened each day in plenary and addressed industry participation in national hydrography; the perspectives of the commercial master mariner; research and future applications; education, training and competence.

A most moving keynote address from Mr. Ted Graham AM was his very personalised, yet technical, account of the successful underwater search for HMAS Sydney and its counterpart, HSK Kormoran, both missing since 1941.

With the number of conference presentations to be delivered over the three days, it was essential for two concurrent sessions to be run but strict discipline with timing brought it off competently. Sessions addressed governance, applications, technology, charting, data management, education, communication and history. With presentations from the Australian Maritime College and the proposed Hydrographic Academy, hydrographic education emerged as the conference’s ’hot topic’. There was much discussion and the concluding panel session was dominated by the topic as many present voiced their concern at the parlous state of course offerings not only within the Australasian and SW Pacific regions but globally.

The trade exhibition was completely sold out and thirty-six exhibitors occupied forty-seven stands. The entire conference space worked very well with delegates and exhibitors mixing during all session breaks. On-water demonstrations also took place in the waters off Fremantle. Excellent cappuccino and freshly squeezed juices were available, but by ticket given out by exhibitors and this made for much interaction and good comments and feedback from the exhibitors on this concept.

Delegates and exhibitors mixed with guests at an enjoyable dinner dance which included a jazz band and the formal presentation of AHS award certificates and trophies.

Present was the vice president of IFHS, Mr. Holger Klindt, who congratulated Mr. Alec Millett, chairman of the Hydro2011 Organising Committee, for the very effective and enjoyable event as he commented positively on the level of activity he found within the AHS. Holger announced that Hydro 2012, the next IFHS conference, will be held in Rotterdam, The Netherlands, hosted by the Benelux Hydrographic Society between 13 and 15 November 2012 (website 2).