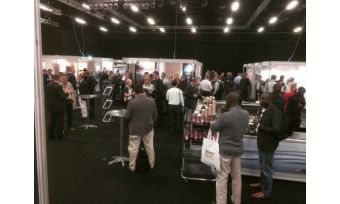 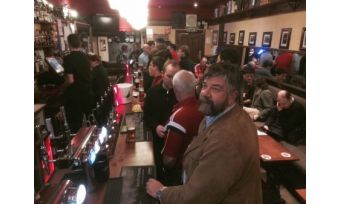 Organised and hosted by the Hydrographic Society UK, Hydro14 was the latest in a series of international hydrographic symposia which date back to 1976. The three-day conference and exhibition took place at the Aberdeen Exhibition & Convention Centre (AECC) in the Bridge of Don area from 28 to 30 October 2014. Hydro14 was the 22nd event in the Hydro sequence, the 19th to take place in Europe, and the 11th in the UK. It marked the conference’s return to Aberdeen, twenty years after it was first held in the Granite City, the energy capital of Europe, if not the world. The previous Hydro was held in Rotterdam in November 2012. The symposium Digital Hydrography on the Maritime Web in Southampton was in lieu of a Hydro proper in 2013.

The conference programme consisted of 9 sessions with 2 keynote addresses and 25 papers. Keynote presentations were held by Monty Mountford, who put forward a philosophical insight into knowledge integration, and Don Ventura of Fugro Pelagos Inc addressing evolutionary steps in hydrographic learning and development. Session 6 on the Wednesday afternoon consisted of a well-balanced combination of workshops, demonstrations and visits. For many of us it was difficult to choose from the variety on offer. Two other sessions stood out, one was ‘Our Future’ in which only students appeared, and a special forum session ‘The IHO & Us’. The IFHS prize for the best graduation thesis was organised for the first time. All IFHS member societies were invited to put forward their best regional MSc or BSc graduate students. This first ever award – comparable to a world championship  – was presented (by the IFHS board members) to Oliver Kümpel from Germany. The other presentations in the student session were to be judged by the audience. Unfortunately, due to visa problems, the number of lectures was limited to only two. Lilian Lieber won the vote with her research on using imaging multibeam sonar to track basking sharks. I had the honour of presenting the prizes to Oliver and Lilian during the conference dinner. I hope the initiative helps to generate work of ever higher quality by students.

The AECC was a suitable location for the event, providing ample space for the exhibition with representatives of 56 hydrographic companies and organisations, and the conference for which 286 delegates had pre-booked, representing 20 countries, of which one is even land-locked (Austria).
The event showed a wonderful buzz of people networking, meeting old friends, interested in the scientific content, visiting that particular stand they hadn’t been to yet, nervously preparing their presentation, or grasping their share of the very well organised catering.

The social programme was excellent (golf contest, ice breaker, Maritime Museum and conference dinner at Elphinstone Hall). Everything was meticulously prepared and well documented. The credits for this all go to Helen Atkinson. The event was sponsored by Atlas Professionals, BP, Caris, C-Nav, Esri, MMT and QPS.

With another successful Hydro behind us, we’re now looking forward to the next event, Hydro15, to be held in Capetown, South Africa from 23 to 25 November 2015.