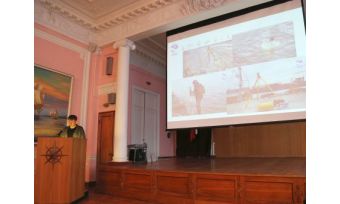 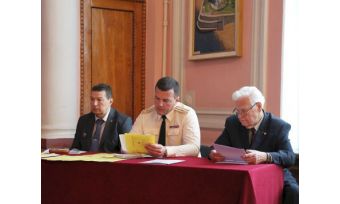 The 2nd Research-to-Practice Conference was held on the eve of the World Hydrography Day on 20 June 2014. It was run by the Hydrographic ­Society of Russia (HSR) in cooperation with the Department of Nav­igation and Oceanography of the Russian Federation Ministry of Defence (DNO of the RF MD). The theme of the conference was ’Hydrography - much more than just nautical charts. Research works, innovations, technol­ogies, challenges and prospects’.

Many interesting reports were presented during the conference. These reports focused on the theory and practice of nav­igation, hydrographic support for different aspects of marine areas and professional training problems. Conference attendees discussed the reports and adopted the resolutions that were sent to the leaders of the relevant ministries.

There was a buffet reception at the end of the conference giving all the participants a chance to continue the exchange of ideas in a casual atmosphere.