The Autumn Symposium organised and hosted by the Southern Region of the Hydrographic Society UK was held on 27 October 2009 at Bradfield College, near Reading, and attracted an attendance of 80 professional surveyors, GIS specialists, academics and others drawn from industry and the government sectors.

INfrastructure for SPatial InfoRmation in Europe (INSPIRE) derives from EU Directive 2007/2/EC, which sets out a general framework for a spatial data infrastructure (SDI). It was the marine component (MSDI) that provided a background to the day's papers and discussions.

The keynote introduction came from UK national hydrographer, rear admiral Ian Moncrieff, who set a rattling pace describing an extensive range of initiatives designed to extend the availability of data and encourage their re-use - at present it is estimated that only 5% of data are displayed on published charts. Marine surveying is expensive and making spatial data more widely available will be critical to support environmental programmes and to help avert increased risk of natural disasters due to global warming, climate change and rising sea level.

The obstacles to data sharing were highlighted in several papers that listed technical issues such as data formats, varying resolutions, co-ordinate systems, datums and coding. Market research has shown that many users have spent over 25% of budgets finding data and cleaning it before being able to use it.

Concepts and issues relating to MSDI specifications were presented and we heard an update on the UKHO-sponsored Vertical Offshore Reference Frame (VORF) initiative to establish the relationships between various UK geodetic, terrestrial and marine vertical datums.

The UK Marine and Coastal Access Bill was discussed in the context of providing a new system of marine planning that will be based on a coherent approach to geospatial information.

Distinctions between raw data, data products and value-added products were highlighted, while noting a general objective for distribution of data at negligible cost with specific licensing of advanced products such as navigation charts. Metadata are a crucial component of any data set, enabling discovery of suitable data, and successful integration and analysis of information. 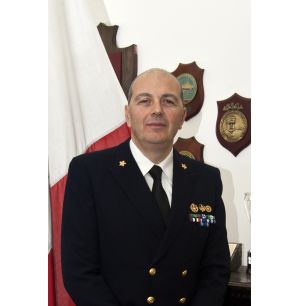