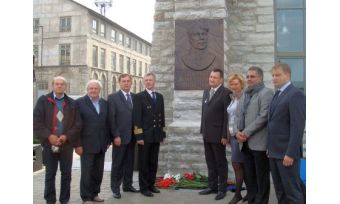 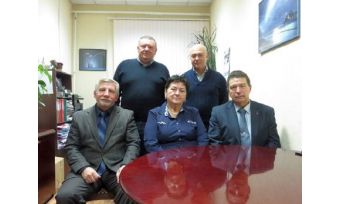 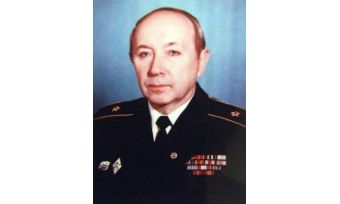 In Memory of the First Russian Seafarer

On 19 September 2014, D.L. Schennikov, member of the Hydrographic Society, and representing the delegation of public organisations of Russia, took part in the celebrations dedicated to the opening of the square in Tallinn, Estonia, named after the great Russian explorer, admiral of the Russian Imperial Navy and native of Estonia, Ivan Krusenstern (Adam Johann von Krusenstern).
Worldwide, I.F. Krusenstern is known as the leader of the global scientific expedition, which marked the beginning of systematic studies of the ocean. One of the travel books, released in England, called From Magellan to Krusenstern says that he made a major contribution to world science. A total of 13 geographical objects in different parts of the world have been named after I.F. Krusenstern: two atolls, an island, two straits, three mountains, three capes, a reef, etc.

Russia took the initiative in naming the square in Tallinn after I.F. Krusenstern and was supported by the World Club of St. Petersburg, the Russian Geographical Society, the Russian military-historical society, the Hydrographic Society, other public organisations, as well as the crew of the sailboat Krusenstern.
Krusenstern Square is on the grounds of the Baltic Shipyard, near the old town, between the area of Kalamaja, port Noblessner, and Petri Street and Staapli Street.
Present at the opening of the ceremony were Deputy Mayor of Tallinn Echo Vyrg, honoured guests from Russia and Estonian citizens. Among the guests were the Captain-mentor of sailboat Krusenstern M.N. Novikov and descendant of the explorer and businessman from St. Petersburg, A.V. Krusenstern. Representing Estonia at the ceremony were the famous explorer of the sea Vello Myass, Elder district O.A. Lasnamae, businessmen, leaders of BLRT Grupp and others.
On 20 September 2014, the delegation of public organisations from Russia laid flowers at the grave of the great compatriot in the Duomo and visited Kiltsi Cathedral, where I.F. Krusenstern was buried in 1846. The cathedral also serves as a museum about I.F. Krusenstern and a school for the younger generation of Estonians.

A delegation of the Russian Hydrographic Society (RHS), headed by Doctor N. Nesterov, visited the scientific and technical company NAVY-DALS on 14 November. Other members of RHS included: Doctor V. Smirnov, the executive secretary, Mr. A. Kharlamov, member of the Board and Mr. D. Milyakov (Figure 2).

Olga Glushkova, the general manager, showed the facilities and then presented aspects of the work. Captain (retired) Andrey Bogdanov, the development director (the former Head of Hydrographic service of the Nord Fleet) gave a detailed excursion.

The products of NAVY-DALS are purchased not only by the Russian Navy but also by shipping companies in Russia and abroad.
The atmosphere during the visit was warm and friendly and laid the foundation for future collaborations.

Professor N. Neronov, the president of RHS gave a talk. He told the audience about Alexander Sorokin’s biography starting from his time as a student to being an advisor for RAS. Several early published works by the guest of honour were presented. Mr. Neronov also noted that in addition to numerous scientific papers, monographs, and inventions used even nowadays, Doctor A. Sorokin also wrote poetry and fiction.

Mr. Mozhenok, chairman of the Mathematical Geography and Cartography Committee, showed photographs, illustrating the life of A. Sorokin. The participants recognised themselves on these pictures.
Captain (retired) S. Mikavtadze spoke about the celebrations at the Military Hydrography Sub-faculty of the Naval Academy, where he was the head from 1974 to 1989. Here Alexander Sorokin received a personal award by the Commander in Chief.

The participants of the meeting were presented with Sorokin’s books. During the dinner the guests toasted Alexander Sorokin, his wife, and the future prosperity of Hydrography. Mr. Mozhenok presented Mr. Sorokin with a gift – a steering wheel barometer symbolising his longtime management of the Mathematical Geography and Cartography Committee.