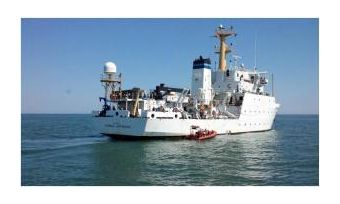 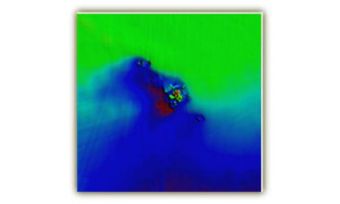 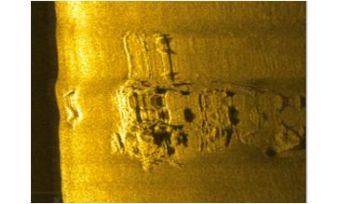 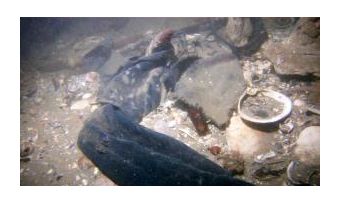 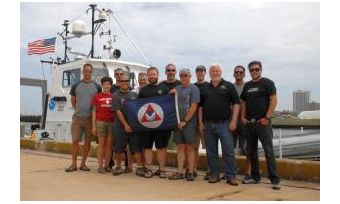 From 21 to 24 June 2013, a NOAA team from the Office of Coast Survey (OCS) and the Office of National Marine Sanctuaries (ONMS) conducted a joint mission to explore a shipwreck off the coast of New Jersey near Absecon Inlet and Atlantic City. That wreck has proved to be the oldest known wreck of a hydrographic survey ship yet found, Robert J. Walker, a US Coast Survey ship wrecked in 1860 with loss of twenty crewmembers, whose tragic story resonates within NOAA to this day.

During the search for Walker, hydrographers on Thomas Jefferson surveyed the area and its surroundings with high-­resolution multibeam and sidescan sonar. This work was followed by a higher resolution and close proximity side-scan sonar survey and archaeological SCUBA dives conducted from the ONMS vessel SRVx that provided further characterisation of the shipwreck and its debris field. The data gathered by the project confirmed that the shipwreck was U.S.C.S.S. Robert J. Walker, lost off Absecon Inlet on 21 June 1860.
With the anniversary of the loss of Walker falling on International Hydrography Day in 2013, and with plans to commemorate the loss and recognise for the first time the ­sacrifice of the crew, Rear Admiral Gerd Glang of the OCS asked ­Thomas ­Jefferson to spend a day ­surveying the area believed to be where Walker sank. Vitad Pradith, a phys­ical ­scientist with the OCS, joined Joyce Steinmetz to lead mapping operations.

The search for the Walker required an interdisciplinary approach ­pulling expertise from hydrography, naut­ical archaeology, maritime history and cartography. The discovery and identification of the Walker could not have been found otherwise. With this amalgam of perspectives, two search areas were selected for investigation, Site A, where wreck divers have dived for decades on an unidentified iron-hulled steamer wreck, and Site B, a location 1.7 nautical miles away where historical information suggested Walker had been lost. Site A was represented on the nautical charts as a wreck site and has been ‘known’ since the Second World War as an obstruction from a previous hydrographic survey. It was also targeted as a ‘poss. WWI freighter’ (NOAA AWOIS database 2480), and finally as a fisherman’s hang-up that was known and transmitted to local wreck divers in the early 1970s – when it became known as the ‘$25 Wreck’. Site B was further designated the ‘Bache Site’ as this was the approximate position of the vessel reported to the Coast Survey superintendent, Alexander Dallas Bache, in 1860.

Previous survey data provided information about the unknown wreck’s basic characteristics and orientation. This data was acquired in 2004 during a routine hydrographic survey to update the nautical chart. That survey determined that the wreck was approximately 40 metres or 134 feet in length. Coast Survey designated the wreck as an obstruction and updated navigation charts to reflect this hazard. The identity of the wreck was not suspected by NOAA officials at that time.

Given the probability that Site A was likely the Walker and based upon the congruence of data, Site A was designated a high priority. Using the 2004 multibeam survey position as an ­origin, the survey plan created concentric one-mile and two-mile diameter search areas with line planning methods characteristic to the sensors that hydrographers employ today. The actual survey took place on 21 June 2013, the 153rd anniversary of Robert J. Walker’s loss, in conjunction with a shipboard memorial service and the lowering of a memorial wreath into the sea.

To match the objective of the survey, 100% coverage was provided. The only shipwreck located in the Site A survey area matched a number of key characteristics for Robert J. Walker. The higher resolution sonar allowed for discrete mapping and measurement of features such as length, which was defined at 131 feet. The data suggested that the vessel’s hull was articulated with material projecting into the water column at its ends and in a central mass suggestive of engine(s) and boiler(s). The Bache site returned results that were inconsistent with the structure of the Robert J. Walker.

The next phase of diving observations, documentation and recording commenced on 22 and 23 June 2013. The sonar survey results and the coordinates for the wreck were then relayed to the ONMS Research Vessel SRVx, which was en route to New York.

The SRVx crew, joined by a Maritime Heritage Programme team of Tane Casserley, Russ Green, and Matthew Lawrence, ONMS Director Daniel Basta, and USS Monitor NMS Superintentendent David Alberg, and working under the direction of Chief Scientist and ONMS Maritime Heritage Director James Delgado, conducted a day and a half of systematic dives to 85 feet to study, measure and photograph the wreck in an effort to identify it, and to assess its condition. Vitad Pradith joined the SRVx team, as did Office of General Counsel intern Lydia Barbash-Riley, who was tasked with preparing the draft Environmental Impact Assessment for the site if it was identified as the Robert J. Walker. SRVx was commanded by Pasquale DeRosa and crewed by Steve Bawks and Todd Recicar.

Work began with an additional high-frequency sidescan sonar survey of the site. Optical visibility in this area can be notoriously poor, but through contemporary acoustic remote sensing techniques, difficult key features were readily identifiable and a more discrete sense of the site was obtained.

Moving beyond the realms of hydrography required additional insight by the NOAA Maritime Heritage Programme, which added context to the data and provided further analysis, interpretation and understanding.

The subsequent analysis showed the bow and the starboard side of the hull emerging from the sediment. Sand or mud has mounded and obscured the port bow. A mass of machinery was visible, with structures rising above the seabed behind it. Closer passes better defined the machinery as two engines linked to a paddlewheel shaft with an upright wheel on the port side, and the hubs of the starboard wheel bare on the shaft, but with what may be side-wheel parts lying aft of the hub.

Investigative dives on the wreck on 23 June focused on the machinery and the forward areas of the wreck. The dives confirmed that the wreck had the same variety, number and dimensions of the engines as installed in that of Robert J. Walker.

A poignant discovery was made in the area of the bow on the port side, where a portion of the hull is exposed. The sediment in this area was disturbed, and coming out of the mud, were a number of blue woollen ­blankets. They did not appear to be modern, and were in various stages of disintegration. In the contemporary report of the sinking, the crew was noted as having attempted to stem the incoming flow of water by stuffing blankets and mattresses into the opening. The blankets are tangled in the wreckage. The area in which they lie is where the schooner Fanny probably collided with Robert J. Walker; the lack of hull here may be indicative of the collision damage.

What we now know is that this wreck is Robert J. Walker. It appears to be in its original position, aligned toward the shore and the Absecon Lighthouse, and resting slightly to port. The vessel appears to have sunk by the bow, with the bow striking the bottom first and bending or breaking at the keel, leaving the bow oriented upward.

As fate would have it, the name Thomas Jefferson, a founding father of a nation and the man who also signed the United States Coast Survey into law in 1807, graces the ship that was present to lead mapping operations. But more importantly, the Thomas Jefferson helped bring its colleagues home and honoured their service to a fledgling nation.

The wreck will be prominently marked on official US nautical charts and other notices. NOAA will ask the fishing community to avoid trawling or dredging near it; NOAA will also work with others to help ­preserve the shipwreck as an historic site and avoid any activities that might harm it.

NOAA intends to work closely with the wreck diving community on projects to map and document Walker in recognition of the community’s assistance in finding and identifying Walker, and its continued interest in diving the site, which will be ­maintained with no restrictions on non-intrusive access.

The story of Robert J. Walker is ­important in the development of the United States and, in particular, ensuring safe navigation for those who work on the nation’s waters, and for the facilitated and safe flow of commerce by water. It is a story of innovation, of science at sea and of long hours of service to the nation. It is also a story of those who paid the ultimate price for that service and devotion to duty. 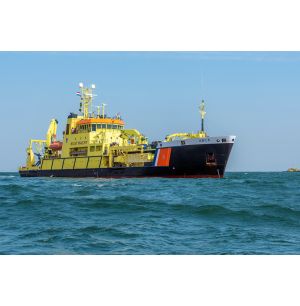 Shipwreck Monitoring in the North Sea