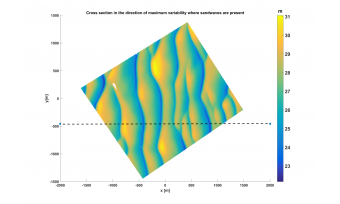 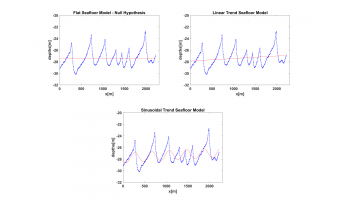 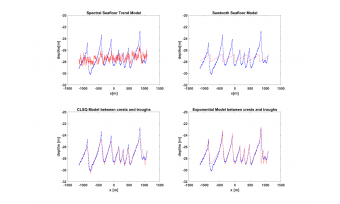 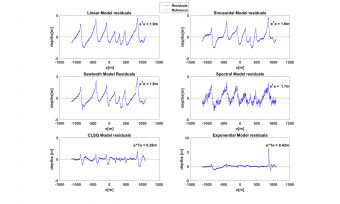 Optimising the national hydrographic survey planning and monitoring scheme of the Netherlands Continental Shelf (NCS) towards an efficient and sustainable outcome requires a more comprehensive evidence-based approach to decision-making. The NCS is experiencing increasing economic activity across various sectors, ranging from ports and navigation to renewable energy, mineral extraction, fishing and military activities. This article explores how the added knowledge and interpretation of seafloor dynamics can support these marine activities by prioritising resurvey frequencies in the NCS based on a probabilistic approach.

A deformation analysis method is developed for detecting and estimating the seafloor parameters that attribute to the changing seafloor depths. This allows us to identify to what extent the changes are due to noise or real changes between surveys. The mathematical models are therefore used as a systematic approach to translate the problem for predicting the depths. The models consist of two parts, the functional model and the stochastic model. The functional model is in the form of observation equations. These observation equations consists of a vector of observations, vector of unknown parameters, linear functional relation between the observations and the unknowns and the stochastic model describes the stochastic characteristics of the observations which take into account the variability of the observations.

Through exploratory data analysis, a library of basic mathematical models is set up for evaluating the reliability of the estimated parameters (such as the crests and troughs, wavelength and migration rates) by assessing the residuals, which are the differences between observed depths and the fitted model. This is done by developing a testing procedure which investigates whether the residuals are due to the random errors in the measurements or model misfits.

However, we know it is unlikely that the seafloor will behave purely in this manner. Assuming the errors are due to a model misfit, the present study considers adapting the mathematical models accordingly by introducing more complicated models with additional spatial and temporal extensions for the characterisation of seafloor dynamics using the available data. Therefore alternative models that give a better description of the morphodynamics for different areas of the NCS are considered and referred to as alternative hypotheses.

Dorst (2009) considered alternative representations for the morphodynamics which included a sloping plane and a sinusoidal wave superimposed on the sloping plane (figure 2). The assumption under the sinusoidal model of a constant wavelength for the sandwaves is limiting when estimating the depths and migration rates. We introduce more complicated alternatives (additional parameters) which include a spectral model, sawtooth, continuous least squares (CLSQ) model fit between crests and troughs and an exponential fit between crests and troughs (figure 3).

These additional models attempt to represent additional variations in the morphodynamics of the seafloor such as asymmetry, crests and troughs detection and non-linear growth patterns. For the given cross-section (figure 1), by assessing the squared norm of the residuals, the adequacy of the functional part of the models can be assessed. Figure 4 quantifies the residuals for the alternative models, where there is an 80-85% reduction in the errors when using the CLSQ model and an exponential model. Adaptation of these alternatives can still be done if errors are detected to further reduce the modelling errors. For areas of interest in the NCS, these models can be tested against the null hypothesis until one arrives at the model that is most likely to give an adequate description of the seafloor dynamics. The selection of the best model will be used for predicting the depths in the future where the variance in the predictions are minimised.

The bathymetric surveys for specific case study areas will be represented on quadtree gridded structures, where each node has an easting, northing, depth and depth variances assigned to it. Having the depths represented in a multi-resolution grid structure allows for optimal use of the available bathymetric data for the NCS. Also, the variability in the depths are accounted for by improving the sampling density of the data. The next step is the cross sectional analysis using the time series of bathymetric surveys to compute the estimated trends and the parameters of interest for areas in the NCS that exhibit dynamic behaviour. Using the statistical testing procedure described, one will arrive at the most likely model which gives a more realistic representation of the cross-sectional dynamics of the seafloor. This will lead to better parameter estimates and more reliable predictions of the depths. Ongoing research will use the results of the improved estimated seafloor parameters to define indicators that will be useful in decision making and prioritisation of resurvey frequencies.

This project is part of the larger multidisciplinary SMARTSEA project entitled “Safe Navigation by optimising sea bed monitoring and waterway maintenance using fundamental knowledge for seabed dynamics” which is supported by the Dutch Technology Foundation STW, which is part of the Netherlands Organisation for Scientific Research (NWO). The data used for this research was provided by the Netherlands Hydrographic Office, Rikswaterstraat and Deltares. 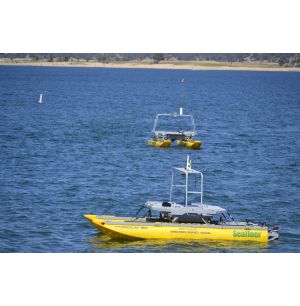