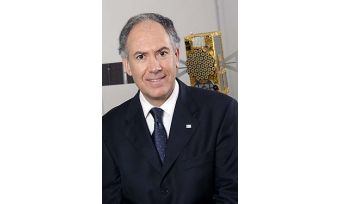 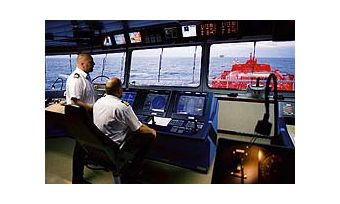 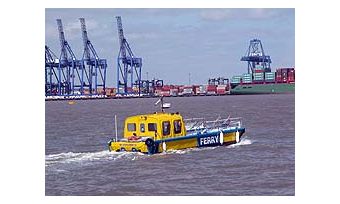 Last month we brought you a feature article on the recent progress in the European satellite navigation system, Galileo. We discussed the motivation, the funding problems and the procurement process. Here we discuss this further with engineer Pedro Pedreira, who has been executive director of the European Global Navigation Satellite System Supervisory Authority (GSA) since July 2005, which is charged to manage the development phase of the Galileo programme.

Can you please introduce yourself and tell the readers of Hydro international a little about your career and how you came to be posted as the head of the European Global Navigation Satellite System (GNSS) Supervisory Authority (GSA)?

My background is mostly in telecommunications. I worked for 11 years in satellite communications, in Eutelsat (Paris), and that was my first contact with the space industry. When, in 2004, I came across the vacancy for executive director of the newly created European agency entrusted with the management of the European GNSS programmes (Galileo and EGNOS), I was attracted by the great challenges of Galileo, the first EU infrastructure and a pioneering project in many aspects
(I had also followed the EGNOS programme since its conception).
I decided to apply, and after a competitive selection process I was appointed by the GSA Administrative Board.

What are the crucial steps that the GSA has to overcome in order to achieve the full implementation of the Galileo programme?

The Galileo programme suffered a setback in 2007 with the premature termination of negotiations of a concession contract, which aimed at the deployment and operation of the system under a public-private partnership. The European Parliament and Council then decided to deploy the system under public procurement fully funded by the Community budget, and the respective legal basis was concluded in July 2008. The new procurement process is now under way and contracts are expected to be concluded in 2009, with full operational capability of the system expected in 2013. In the meantime, the four satellites built in the development phase will start to be launched in 2010. The initial operational capability, with about 18 satellites in orbit, is planned for 2012.

Who are the main stakeholders in Galileo? Will the system be freely available as is still the case with GPS?

Galileo was designed to provide five services, with different signals. One is called ‘Open Service', and is fully interoperable with the civil signals of GPS (same receivers). The Open Service will be provided free of charge. There will also be a ‘Commercial Service'; a premium service addressing specific needs of high-precision professional applications. ‘Safety of Life' (mainly for aviation, maritime, road and railways applications) and ‘Search and Rescue' are the two other global services that will be provided on a non-discriminatory basis. Finally, the ‘Public Regulated Service' is reserved for governmental applications, under conditions of access to be defined by the Council.

In which ways do you think the present global economic crisis may affect the programme?

It is not expected that the current economic crisis will directly affect the deployment of Galileo, as funds necessary for the procurement (EUR3,405 million) have been earmarked in the Community budget for the period until 2013. In fact, the investment in Galileo is also one of the public stimuli to recover the economy.

However, the current capital squeeze may affect the development of new applications, in particular by small and medium-sized enterprises, which is very important for Europe to reap the full benefits of Galileo. The GSA recently launched a new call for proposals of the 7th framework programme of research and development on satellite navigation, with a budget of EUR40 million, to continue stimulating innovation (a new call will be launched next year).

What are the different functions of the Geostationary Navigation Overlay Service (EGNOS) and Galileo In Orbit Validation Element (GIOVE), and what is expected to be obtained by these?

EGNOS is a satellite-based augmentation system that improves the accuracy of positions derived from GPS signals. A special feature of EGNOS is the provision of information on the instantaneous reliability of GPS signals (integrity), which is of utmost importance for safety-of-life applications, such as air navigation. EGNOS is a regional system, mainly covering European air space. EGNOS will become fully operational in April 2009 and will be certified for air navigation by early 2010. Certification for maritime and other safety-critical applications will follow. EGNOS will pave the way for Galileo services.

The GIOVE satellites A and B were launched in 2005 and 2008, respectively, with the purpose of securing the Galileo frequencies through early broadcasting of the Galileo signals and testing in space new technology developed for Galileo
(for example, atomic clock, signal generator).

Once the programme is implemented, how will Galileo integrate with the already existing GNSS systems? Did the GSA establish agreements with other agencies checking them, for example, the US National Oceanographic and Atmospheric Administration?

There is close co-ordination between Galileo and GPS, since a specific
EU-US agreement was established in 2004. Co-ordination has also started with GLONASS and COMPASS.

Galileo will provide a worldwide service compatible with the requirements defined by the International Maritime Organization (IMO) for future navigation systems for oceanic, coastal, and harbour entrance and approach operations. Galileo will contribute to the World Wide Radio-Navigation Service (WWRNS) of the IMO. The level of performance expected from Galileo has been standardised and adopted by the IMO. Maritime user receivers can be designed to combine the signals coming from Galileo and GPS. For highly demanding operations, authorities may continue to provide local differential GNSS services.

What is the common geodetic datum of the present and future GNSS? Is there any intention to refine the currently used datum, WGS84?

Marine navigation is already guided by displaying the position given by the US GPS or by the Russian GLONASS on to the electronic chart. In which way will Galileo enhance the accuracy of position
information?

Galileo will provide single-digit horizontal accuracy versus the current GPS double-digit accuracy.
It will also provide better vertical accuracy, which is important for aircraft operations. The better accuracy stems from the use of multiple frequencies and advanced signal modulations.

In addition to improved accuracy, Galileo will provide information on the integrity of signals in space (i.e. the reliability of the signals will be continuously monitored and warnings will be broadcast in case a failure is detected that may affect positioning performance). This information will be especially valuable for safety-critical navigation in air, land or at sea, as users will always know the level of uncertainty affecting its positioning.

The high accuracy and the innovative return communication channel (which may provide acknowledgement of a distress call and other information to the rescue seeker) will make Galileo's Search and Rescue Service another major improvement to safety at sea.

Nautical charts are sometime based on hydrographic surveys that were carried out before the availability of accurate positioning systems. Does the GSA recommend that chart accuracy be consistent with that of the GNSS? Is the GSA going to publish such a recommendation?

The quality of nautical charts is an important element for gaining the benefit of the positioning accuracy provided by satellite navigation. The quality of charts available on the market, including digital maps, is very heterogeneous in the various regions of the world. Gaps shall be filled and GPS+Galileo will provide cost-efficient means to refine existing charts, but there is no plan for a formal recommendation at EU level. An example could be taken from the TomTom initiative that invites users to contribute to the improvement of road maps through the upload of specific and more accurate data.

One specific use of Galileo is to assist navigation of internal waterways. Can you elaborate on this aspect?

Several research projects have shown interest in using satellite navigation, especially EGNOS and Galileo, for navigating inland waterways. When navigating in rivers surrounded by mountains, or passing through locks, the visibility of GPS satellites might not be sufficient to reach the required accuracy and continuity. The combination of GPS and Galileo will enhance precise navigation and make it safer. Recent projects such as MARGAL and MARUSE have also demonstrated the feasibility of transmitting EGNOS corrections through communication channels to overcome physical obstacles in shadow areas.

Another possible use of GNSS can be to guide ships approaching a port. Are there any specific recommendations for the use of Galileo in Vessel Traffic Management and Information Systems (VTMIS)?

Maritime surveillance systems, including VTMIS, rely on satellite navigation for the determination of the position that is reported. Although accuracy is normally not an issue for these applications, the use of the authentication feature of Galileo may be key to implement secure and tamper-proof position reporting. In Europe, for example, this might be a tool to monitor vessels cruising in European waters or the implementation of fishery regulations.

In December 2006, the IMO adopted Resolution MSC.233(82) - Adoption of the Performance Standards for Shipborne Galileo Receiver Equipment. This standard addresses navigation performance available when using a Galileo receiver. Extension of this standard to other types of operations could be considered.

As an aid to hydrographic surveys, what are the positioning accuracies (horizontal and vertical) obtainable from Galileo?

The Galileo Commercial Service will provide high-precision positioning at sub-metre level. This will greatly improve geodetic and hydrographic surveys.

It is said that Galileo will provide thousands of new jobs. Can you give us some examples? What education qualifications are required to fill these posts?

Galileo will produce significant external positive effects, including socio-economic benefits such as job creation. New jobs will be created not only in the space industry but also, and to a much larger extent, in downstream industries that will develop new applications and services based on, or incorporating, satellite navigation. Galileo will generate a large incremental economic effect on current satellite-navigation business in Europe and will give an edge to the European high-tech industry. Technical and scientific education on satellite navigation is an important lever to further push forward the frontiers of this promising technology. 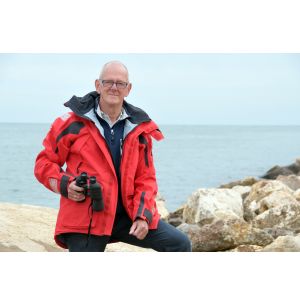 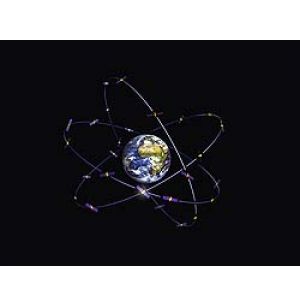