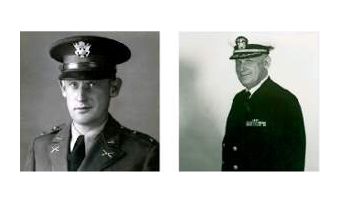 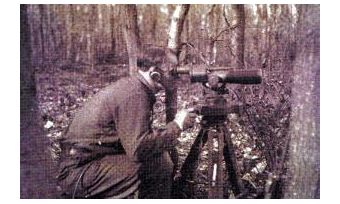 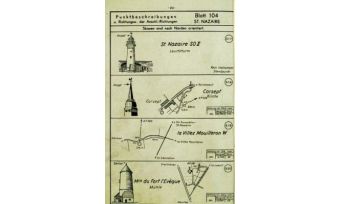 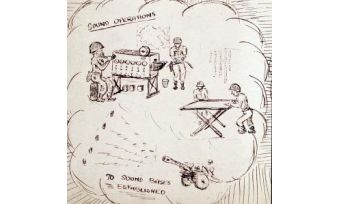 During World War II, a primary component of the success of American artillery was knowledge of United States artillery location, enemy target location and the direction to that target. In particular, in the case of firing against enemy artillery, these parameters were determined by the little-known Field Artillery Observation Battalions (FAOB). These units employed sound ranging (actually using intersecting hyperbolae determined by time-differencing) and flash ranging (azimuth-azimuth position determination) to locate enemy artillery but occasionally would also fire on targets of opportunity that were observed visually. The FAOBs were usually attached to various Corps headquarters and served a whole Corps determining the position of up to 200 artillery pieces along a 20,000 to 40,000 metre front. The survey officers of the FAOBs were usually Coast and Geodetic Survey officers transferred to the Army for the duration of the war.

The most decorated of all Coast and Geodetic Survey officers was David Whipp, honoured with the Silver Star, Legion of Merit, and French Croix de Guerre with gold star. Whipp was the survey officer of the First FAOB and served in North Africa, Sicily, Italy and France. His combat experience began in March, 1943, at El Guettar, Tunisia, where ‘with complete disregard for his own safety, Lt. Whipp proceeded in advance of the Infantry to establish survey control for all of the artillery to be engaged in this attack. By his actions, Lt. Whipp accomplished this survey control two (2) days prior to the time that our [United States] Artillery occupied these positions, despite heavy enemy shell fire.' One month later while still in Tunisia, ‘Lt. Whipp was assigned the mission of establishing the survey control of a Forward Flash Ranging Observation Post. After setting up his survey instruments at the O.P., which was under fire from enemy artillery, Lt. Whipp observed an enemy battery. Though not a trained Artilleryman, he contacted the Corps Artillery fire direction center by radio and called for fire on the enemy battery. He succeeded in neutralising this and other enemy batteries comprising a battalion of Artillery.....' For these actions, Whipp received the Silver Star Medal.

"16 May 1943 - One night not so long ago I was working late as usual in Survey Center. About midnight I stepped outside for a minute and was horrified to see a convoy of trucks going by with the lights on. Frankly I was scared and I waited expectantly for the bombing and shelling that was bound to follow. It was a beautiful night for bombing such a target, blacker than the inside of your hat, with stars scattered through the sky.

The trucks kept on rolling, and nothing happened; gradually, I realised what had happened. The Germans had surrendered. I sat down in the middle of the field all alone and watched. It was the most beautiful sight I had ever seen. The tears came to my eyes; the FIRST lights."

"I was among the first wave to hit Sicily ..... In the scramble on the beach I lost my cigarettes (an irreplaceable loss) and my knife and fork, so the first dead German I came across, I rifled his mess kit for a fork and spoon. Water being a nonexistent luxury, I proceeded to use same without washing them. This disgusted some of my more timid comrades who were a little squeamish about touching the dead body in the first place, but I figured I needed them...."

While fighting in Italy and France, Whipp made many classic observations. The following are but samples of the soldiering that he experienced.

"7 January 1944 - It is not the enemy that worries us, or makes war hell, but the weather. Oh, how I hate cold weather. This will make my second winter under canvas and with nothing but body heat. Yesterday it was so cold I decided to change to woolen underwear. I went to a delousing station where they have one of those portable shower baths, really one of the most wonderful things that the government has provided for the comfort of the soldier, and got stripped down to the skin in a heated tent, soaped and showered for about twenty minutes, in a heated trailer, with hot running water; then they gave me clean underwear that had been treated with an evil smelling disinfectant and I left to come home feeling kinda funny in my first pair of long handled underwear. I was really not as much warmer as I expected, in fact I felt colder. Everybody makes insinuating remarks about it being no wonder I felt cooler because I had doubtless removed a thicker layer of dirt than I had added in wool."

"20 February 1944 -- The other day I was visiting a French outfit, and just as I reached for my third piece of beef steak the French Colonel asked how I liked the beef steak. I says "Tray bone". Everybody laughed and I thought they were laughing because of the way I pronounced it, but after we were through the interpreter said they were laughing because the beef steak was the remains of a pack mule that had been killed the day before during a shelling. Most delicious steak, whatever it was."

Insight into the role of the observation battalions is gained by reference to the 1st FAOB history for this period: "During April 1944, the Corps Expeditionnaire Francais (CEF) was relieved of its sector north of Cassino and assigned a sector south of Cassino along the Garigliano River. Sound and flash bases were installed on Mona Camino and Mona Maggiore. Due to the high, inaccessible flash bases, mules were used to carry supplies to the outposts on those rugged mountains. Survey was furnished for all artillery of the Corps in preparation for the attack of 11 May. Before the attack was begun, every effort was made to locate all the enemy artillery capable of firing on the sector of the CEF and the British XIII Corps on the right. Counter-battery fire was withheld until just before the attack, both for surprise, and so that the location of all batteries would be known. After the devastating barrage of the night of 10-11 May, the CEF was able to seize Mt. Majo and advance without artillery interference. The advance was continued up the Liri Valley by San Giorgio, Esperia, Pico and Valmontone. This drive through the Gustaf and Hitler Lines resulted in the capture of Rome on 4 June 1944."

Whipp's unit was awarded the Croix de Guerre for work with the CEF for ‘relentless pursuing of the enemy through the winter campaign on heights covered with snow and rain at Monna Casale and Monna Acquafondata: their sound and flash posts furnished throughout the day and night, the essential information for counter-battery work. Since 11 May 1944, they furnished to the Artillery of the Corps Expeditionnaire Francais an exact topography, locations by sound and flash of numerous enemy materiel and movements, with an admirable spirit and much hard work, in spite of losses of personnel and equipment.'

Whipp completed his tour as an artillery surveyor with 924 days in action, perhaps a record for US soldiers during WWII. He fought in Africa, with French and British units in Italy, dined with royalty, visited Hitler's Eagle's Nest following the war, and even had an audience with the Pope. What David Whipp was most proud of during his 3 years of frontline duty was the fact that not one man from his unit had been captured by the Germans during the course of the war. This was in spite of the fact that his unit was always working in either the frontlines or on many occasions in advance of the infantry.

Because of experience in North Africa, the observation battalions were able to bypass various elements of the chain of command and quickly pass their information to the heavy artillery gunners. In fact, their ability to rapidly and accurately detect the location of enemy guns was in large measure responsible for the devastating speed and accuracy of American artillery in the artillery duels which the Germans usually lost.

It is fitting that his final commendation resulted from work accomplished in the last week of April 1945. Major Whipp established control for electronic navigation stations for use by bomber crews in reducing resistance on the German-held island of Oleron, France. The official commendation finished thus: "Due to the weather conditions, visual bombing could not be used; therefore, without the excellent trigonometrical data furnished by you, the occupation of Oleron would have had to be accomplished without bombardment co-operation which undoubtedly would have increased allied casualties and could well have delayed the final victory for many days."

After the war he returned to the Coast and Geodetic Survey and rose to the rank of captain. He served on both Atlantic coast and Pacific coast hydrographic survey ships, on geodetic field parties, as liaison to the Fort Sill Army artillery school, as deputy director of the Geophysics Division of the Coast and Geodetic Survey, and at the time of his retirement in 1968, as director of the International Tsunami Warning Center in Honolulu, Hawaii. He passed away on 10 May 1992.