The first international conference bringing together leading marine scientists, policy-makers and legal experts to develop an integrated approach to the protection of the marine environment has been voted a success by delegates who attended.<P>

The International OceanStewardship Forum took place at the National Oceanography Centre, Southampton (NOCS) in June. Designed to promote greater integration between the legal and technical aspects of marine policy-making, the forum addressed issues of very immediate concern, including territorial sovereignty and the exploitation of marine resources, carbon emissions from shipping, the transportation of hazardous materials, carbon sequestration, environmental impact assessment and the implementation of international law instruments such as UNCLOS and OSPAR.


Strengthening the Legal/ Technical Interface
Over the two days, delegates attended keynote presentations from internationally recognised authorities that addressed current and emerging issues facing the marine community. Structured working and discussion groups strengthened the interface between the legal and technical aspects of marine policy-making and implementation and brought together leading representatives.

Keynote Addresses on Big Issues
Keynote presentations on the first day covered the big issues for marine and maritime law from 2008-2012 and were delivered by internationally recognised figures in the field. They included:

Environmental protection in the marine environment within and beyond environmental jurisdiction, which was the subject covered by barrister, Daniel Owen.

UNCLOS Looking Ahead
The International Ocean Stewardship Forum was organised under the guidance and leadership of the UNCLOS group at the National Oceanography Centre, Southampton, who deliver independent, high-quality scientific advice on territorial sovereignty, marine scientific research, resource management and the preservation of the marine environment. The group are delighted with the reception that the inaugural International Ocean Stewardship Forum has received and are already putting plans in place for next year’s event, when conference capacity at the NOCS will have increased significantly with the extension of the main lecture theatre.


Lead organiser, Dr Lindsay Parson, Project Leader with the NOCS UNCLOS group, said: “One real focus was the agreement on the urgent need to coordinate the tremendous work which is already under way in the UK and international communities in maritime law, policy and science. Scientific knowledge that could guide marine policy is often robust, but its input to strategic operations are often less than ideal. Delegates to the Forum across the board repeatedly welcomed efforts to harmonise and collaborate, while recognising the need to satisfy individual commercial needs and research requirements.”

Further Information
Copies of presentations, summaries of proceedings and information about the 2008 event, plus all the details regarding next year’s International Ocean Stewardship Forum, can be found at the event’s website. 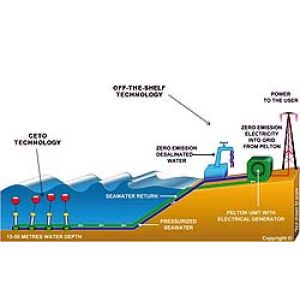