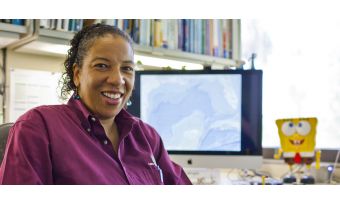 Ever since I was a young boy, I've always known what I wanted to be: a journalist. It has never been anything else, at least not for longer than a few days. I am not sure if the television show Lou Grant triggered my wish to report on whatever happens in the world for a newspaper or a radio station, but the series about a grumpy editor at the fictional newspaper Los Angeles Tribune certainly fuelled my ambition.

I must have been around ten or eleven years old and probably didn’t understand the show at all, but I felt that the rush of the newsroom, the variety of topics that need to be covered and the absolutely essential curiosity would fit me like a glove. So far, my choice of a career in the media, although not based in an LA newsroom, has never disappointed me.

I realize that it is quite special and useful for youngsters to know what they want to do professionally, as it makes choices of study and college easier. However, my experience is not half as inspirational or adventurous as Dawn Wright’s. Now chief scientist with Esri, she describes how she, as a little black girl growing up near the ocean on the Hawaiian Islands, was inspired by Robert Louis Stevenson’s Treasure Island and especially by the treasure map, which played a central role in the book.

The fascination for this map shaped her choices for a career that already spans decades of mapping the seabed. It is also inspiring because Wright never let go of her aspiration, even when at some points she was one of the only women on an expedition, and often the only black woman. Supporting her persistence were role models such as cartographers Tharp and Heezen, which kept her going. Read the story of Dawn Wright in the January/February issue of Hydro International.

At the beginning of 2020, I would like to see a television show, a book, a map or – even better – a role model like Dawn Wright for every child, to help them shape their choice for a future career. In hydrography, we need plenty of new, ambitious surveying and mapping professionals to help meet the challenges of the future, so anyone who feels he or she can serve as a role model for children in their own environment should at least try. Plant the seed early on, and the industry can be sure of a lifelong, dedicated influx of new hydrographers!

The Titanic Disaster and Its Aftermath
ASV Global C-Enduro