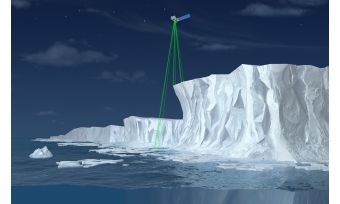 Completely contrary to the messages that we see every day, the ice on the North Pole would be thicker than the computer models predict. That is if we have to believe some stories. For example, this message on www.electroverse.net in which it was reported that the Kronprins Haakon, a Norwegian ice breaker, got stuck in more than three meters of ice and had to break off an expedition. This news appeared on social media and was shared worldwide.

Klassekampen, a Norwegian newspaper, added: “Polar bears were seen on Bjørnøya last winter - located in the middle of the Barents Sea - which shows that the ice edge was very far south." Winter conditions have changed, concludes the newspaper.

How true is this, I asked myself? Firstly To find answers, I checked the website on which the post appeared the first time. Cap Allon, the driving force behind Electroverse, writes: "Electroverse has set up against the mainstream propaganda and accurately document Earth Changes as two world-changing climatic events unfold simultaneously: an ever-accelerating pole shift and our descent into the next Grand Solar Minimum: as global temperatures continue to trend colder, this documentation is essential".

Thickness of the Arctic Ice

Secondly, I did a search for reliable information about the thickness of the Arctic ice. This is what the National Snow and Ice Data Center, the NSIDC, says: "As of July 15, Arctic sea ice extent was 7.84 million square kilometres (3.03 million square miles). This is 1.91 million square kilometres (737,000 square miles) below the 1981 to 2010 average and nearly the same as the July 14, 2012 extent. Since the beginning of the month, the ice edge has been receded in most coastal areas and the open water region in the Laptev Sea has expanded. "
The NSIDC is a United States information and referral centre in support of polar and cryospheric research. NSIDC archives and distributes digital and analogue snow and ice data and also maintains information about snow cover, avalanches, glaciers, ice sheets, freshwater ice, sea ice, ground ice, permafrost, atmospheric ice, paleoglaciology, and ice cores.

NSIDC is part of the University of Colorado Boulder Cooperative Institute for Research in Environmental Sciences (CIRES) and is affiliated with the National Oceanic and Atmospheric Administration (NOAA) National Geophysical Data Center through a cooperative agreement. NSIDC is also a member of the ICSU World Data System.

Thirdly I did a random search on the internet and found, among other things, this recent article. "Working from a combination of satellite records and declassified submarine sonar data, NASA scientists have constructed a 60-year record of Arctic sea ice thickness. Right now, Arctic sea ice is the youngest and thinnest of its leg since we started keeping records. More than 70 per cent of Arctic sea ice is now seasonal, which means it grows in the winter and melts in the summer, but doesn't last from year to year. This seasonal ice melts faster and breaks up easier, making it much more susceptible to wind and atmospheric conditions."

When I decided to leave it at that, I happened to browse to the website of The Norwegian Polar Institute, a directorate under the Ministry of Climate and Environment in Norway. The Institute's activities are focused on environmental management needs in the polar regions. In addition to collaboration on environmental protection in the Barents region, the Institute dedicates much effort to research on climate, long-range transport or pollutants and their impact on the environment, and biodiversity. Topographic mapping is also an important task. In Antarctica, the Institute is responsible for the management of all Norwegian activities.

And last but not least, I checked the story behind the Kronprins Haakon. Got stuck in three meters thick ice? No, it was a technical failure. If qualified, respected and professional scientists, researchers and surveyors find proof that the Arctic ice is melting, how can one persist to the fact that nothing is wrong with our climate? Checking facts and figures is often forgotten in the era of social media. 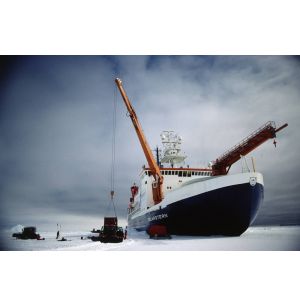 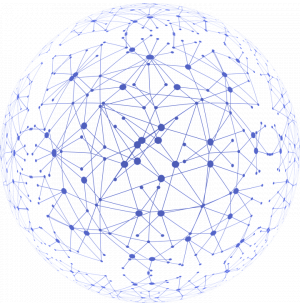 Navigating through the Unknown