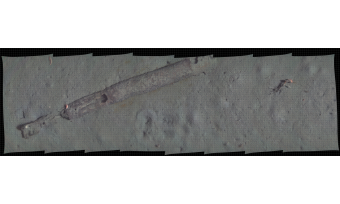 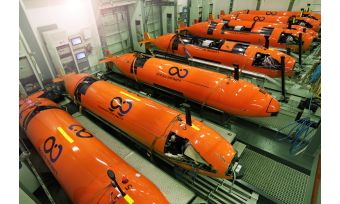 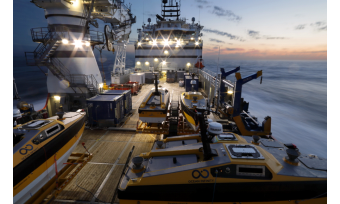 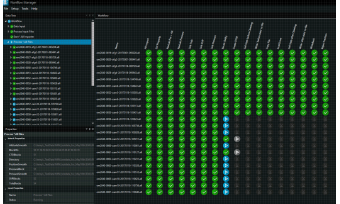 Ocean Infinity’s seabed mapping campaign commenced in the summer of 2017. The Ocean Infinity team is made up of individuals from multiple disciplines, who have gained vast experience with deep-sea exploration operations in the past. Their combined knowledge and insight led to the idea to undertake deep-sea mapping operations using up to eight autonomous underwater vehicles (AUVs), paired with eight unmanned surface vessels (USVs). This novel concept is explained in more detail in this article.

Human inquisition drives us to explore. This has led man to delve below the surface of the oceans. Our ability to understand the undersea world has continually progressed, driven in part by technological developments. Early attempts of pearl divers, for example, to fashion primitive goggles, had profound consequences in demystifying the world which lies beneath the waves. For the hydrographic surveyor, comparable advances can be seen, in progressions from lead line soundings, to the first echo sounders, and onto swath sonar systems. The field of vision for the surveyor has been widened through using modern high-resolution mapping technologies. Yet, despite advances in physical sensors, our choice of survey platform has limited our ability to map the deep oceans. Due to the physical properties of seawater, and the associated propagation and attenuation of sound within the water column, limitations are imposed on surveys undertaken using hull-mounted sensors on surface vessels. The advent of tethered submersible survey platforms such as ROVs and tow fish have reduced the distance between sonar head and seabed, however to make further progress in mapping the undersea world we need to mirror characteristics of the fish who have evolved effectively to navigate this aquatic environment. We have come closer to this in adopting the AUV as a survey platform.

Until relatively recently AUV surveys have involved one vessel and one AUV. This mode of operation is resource intensive and imposes clear limitations on our ability to map extensive ocean areas far from the coast. In contrast, many species of fish swim in shoals and as a result expand the field of vision of the group beyond that of the individual, enhancing their collective ability to spot predators or food. Ocean Infinity have applied this principle to AUV surveys by assembling a fleet of AUVs, all of which are deployed from a single Host Surface Vessel (HSV). By pairing the AUVs with USVs, their operational range can be extended even further. Each AUV communicates with a USV via a through-water HiPAP sonar system, while the USVs communicate with the HSV via radio links.

One year ago this ambitious operation was just a vision, now it is a reality. Today surveys are being undertaken far from the coast using a shoal of eight AUVs. Taking the plan from the drawing board to the ocean was not, however, simple. Many challenges and hurdles had to be overcome along the way. The Ocean Infinity solution is complex and required a wide range of skills, the expertise of multiple organisations, and necessitated constant focus, energy and teamwork, as plans frequently needed to be rethought and timelines re-evaluated.

Ocean Infinity was launched at a time of low market activity in the subsea sector. It is believed the lull in market activity provided the perfect opportunity to bring together a team of experts with proven experience in this field. For example, whilst many companies have been making redundancies, Ocean Infinity’s key partner Swire Seabed has formed a new survey office in Bergen.

Constant development and re-evaluation permeate not only the technology but the approach to the whole business, and so has extended beyond mobilisation into the early subsea missions. Much of the technology used and processes employed are original, so  needed to be improved, enhanced or augmented. If we consider the crew numbers required to man a single AUV survey operation, it was not feasible to multiply these numbers by eight. Therefore, we were required to optimise performance and incorporate a high level of automation within each stage of our workflows. The larger scale of the operations Ocean Infinity undertakes (i.e. surveying of extensive areas of seabed) has helped make application of these automated processes possible. One particular area where high levels of automation have been implemented is within optimisation of data-processing tasks.

Ocean Infinity have been working closely with our software suppliers in creating new automated routines for processing the vast amounts of data generated by our fleet of AUVs. This process commenced long before equipment mobilisation and we entered dialogue with multiple software suppliers at an early phase of the project’s inception. We have benefitted from research and development undertaken in tandem, between our data processors and technicians of EIVA, IXblue, Esri/Geodata, and CathX. Extensive work has been undertaken, in collaboration with EIVA, in developing a Work Flow Manager system, which automates processing steps undertaken on data which is downloaded from the AUVs, and removes the requirement to complete as many manual logs. The user interface developed incorporates a crawler function which alerts processors to when folders are ready for use (see Figure 4). IXblue have enabled processing steps undertaken on geological data to be optimised, this is essential as, even though the team of geologists on board has been expanded beyond what is common for single AUV operations, the extensive data volumes necessitate implementation of new techniques. Following preliminary processing phases raster deliverables are generated onboard, steps to achieve this have also been optimised within ArcGIS; our GIS supplier Geodata have developed scripts in line with our requirements, to automate GIS processes. We are also drawing on their Geocap extension for dealing with SBP data in our GIS. The goal of these steps is to increase reliability and to reduce the number of man-hours required to prepare data offshore. Yet, with so many novel processes underway, it is easy for an outsider approaching the project for the first time, to be overwhelmed by its apparent complexity.

Operations involving up to eight AUVs with a heavy payload of sensors, generate substantial amounts of data. Over time, the data acquired and transferred onshore quickly becomes ‘Big Data’. This means that consideration must be given to how this data will be managed and presented. The current plan is for data processing and preparation to mainly be undertaken on the vessel. Deliveries transferred onshore take the form of standard raster files (in .Tiff format), with associated vector background/meta data (supplied in SSDM format). The server system offshore operates in the form of an onboard Cloud, with each data processor using a virtual PC. This enables us to benefit from enhanced processing performance, made possible through distributing tasks over multiple virtual machines. The data, once transferred onshore from the vessel, is uploaded to the Cloud. This data is then made available to users and clients, using an ArcGIS Enterprise solution. This solution makes a new generation of deliverables possible, where clients no longer need to rely on data transfers using physical drives, but can view and download data via web applications. This can also potentially enable users to incorporate data deliverables into their own applications using Web Map Services (WMS) or Web Feature Services (WFS). By doing so,  we are looking to future-proof our data deliveries, moving beyond the era of traditional paper charts, to geospatial data supplied directly to the user, potentially wirelessly, over the internet.

Ocean Infinity is only at the start of its journey of seabed exploration. The technology and processes outlined above are currently among the most advanced available, however, technology in this field is continually evolving, so an ongoing process of research and development is underway to ensure that new developments are incorporated into the Ocean Infinity solution. During 2018, we plan to install the next addition to the survey spread, an EM302 hull-mounted deepwater MBES. This will enable us to carry out essential reconnaissance surveys of unknown areas prior to deploying the AUVs. One natural consequence of mapping such deep, remote regions of the ocean, is that there is lack of available datasets which we can use for planning purposes. This fact also adds to justification for the endeavour Ocean Infinity is embarking on. Further expanding the seabed areas Ocean Infinity are capable of surveying, a 9th AUV will be added to the fleet in December 2018. This AUV will be configured to enable it to operate under ice, and will be equipped with a Synthetic Aperture Sonar (HISAS). Also an upward facing EM2040 MBES will be installed, which can be used to survey the underside of ice. This system is already scheduled to be used in a scientific research project early in 2019. Our initial focus is wide-scale survey and mapping of deep ocean areas, alongside inspection and recovery. Through experience gained so far, the application of this advanced survey spread to other tasks within the subsea industry has become apparent. So, our future plans involve furthering developments, to enable multiple AUV operations to be applied more widely.